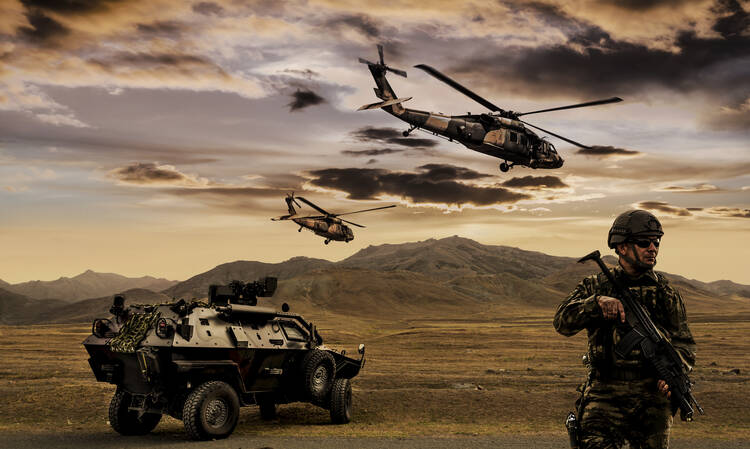 The United States remains the world’s top spender on defense, but it has reduced its commitment to peace-building initiatives. (iStock/guvendemir)

Western diplomats often cite peace-making as an important policy tool in building a better future, especially for those living in more impoverished corners in the world. It is, after all, difficult to focus on social and economic development in societies riven by ethnic, religious or political conflict. But are Western powers backing up that belief with financial support for peace-building initiatives?

Not as much as they should, conclude researchers at the European Centre for Development Policy Management. In a report published last September, they argue that while “the nature of conflict and violence is changing and old tools and approaches need rejuvenation, funding for peace-building, while increasing, actually remains low.” Worse, researchers say, support for such efforts is vulnerable to sudden domestic policy shifts inside donor states. “The current geopolitical flux will profoundly affect political support to peace-building,” E.C.D.P.M. researchers worry.

Peace-building and conflict resolution interventions have clear positive effects on development outcomes, but the dollars committed to such efforts represent mere accounting errors compared to those global defense outlays. In 2017 donors provided $3.4 billion to such initiatives. The peace investments in fact represent just 2 percent of the total foreign aid offered by Organization for Economic Cooperation and Development donors.

Compare those paltry numbers to outlays on defense. In 2017 the United States was the world’s top spender on defense, directing $610 billion to the more than $1.7 trillion total global expenditure on military hardware. That figure was almost 10 times the $66 billion spent by Russia and nearly three times the $228 billion spent by the world’s second most profligate defense spender, China.

Most of the funding for peace-building comes from European nations but between 2007 and 2015 the United States was the top annual donor to efforts to promote civilian peace-building, conflict prevention and resolution. By 2016 it had dropped to third, reducing its commitment to peace-building efforts from $349 million in 2007 to $299 million. One among many worrying signals about the future effectiveness of peace-making as a tool for global human development.