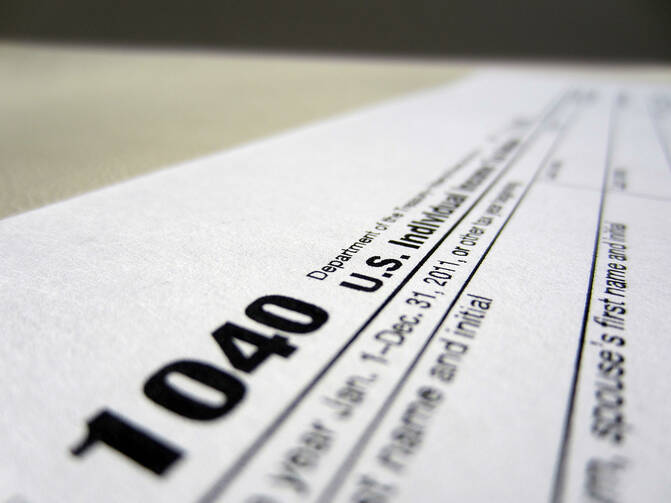 Recent periods of divided government in the United States do not offer much hope for grand bargains or complex legislation that would tackle major problems in one swoop. But there are a few simple initiatives the new Democratic House and Republican Senate could pass and send to the president, notably an expansion of the Earned Income Tax Credit.

The E.I.T.C., which was created in 1975, is a tax refund or payment from the I.R.S. equal to a certain percentage of a household’s annual wages, with a cap determined by income level and number of children. In contrast to a universal basic income, another idea that has recently been taken more seriously, the E.I.T.C. is an incentive to find work, which
operates as why Republicans, including President Ronald Reagan, have supported its expansion in the past. Like Social Security, it is compatible with the idea that those who contribute to society are entitled to some
financial security.

It is a limited degree of financial security, to be sure. For the tax year 2017, the maximum credit allowed under the program was $6,318 (for a family with three children, earning no more than $18,340), and childless workers could receive no more than $510.

There are now several proposals to broaden eligibility for the credit so that more low-wage workers can benefit from it. And a recent study by the economists Jacob Bastian and Maggie Jones finds that the credit is almost entirely self-financing, thanks to the increased tax revenue from recipients entering the workforce and from their decreased use of other government assistance programs.

“Additional EITC expansions today—for adults with or without children—would likely continue to increase labor supply, decrease poverty, and improve the well-being of lower-income families at a cost much lower than the ‘sticker price,’” the authors conclude.

How does Trump’s tax plan line up with Catholic social teaching?
Kevin Clarke

The study has earned praise in publications across the ideological spectrum, from Mother Jones to National Review. Every member of the new Congress should read it and seriously consider what could be an easy—and politically popular—
bipartisan achievement.

The editors should ask themselves, when in history has any political organization provided money to those that work?

This may be a good idea, but anyone who supports such a policy should recognize how unusual this is and what made it possible for this to happen at this time in history.

Why not an editorial supporting living wage ordinances? Those empower workers on the job and are at the center of Catholic social teaching on economic justice.

The problem with things like the "living wage" is that they ignore the natural law. Any imposed wage interferes with the supply demand curve which is an example of human nature or the natural law. The employer faced with an imposed wage will still make the most economical decision such as automation which eliminates the job, the hiring of more competent workers who are willing to work at the imposed price, or the elimination of the activity all together because it is unprofitable. All of which put a poor person out of a job. Catholic Social Teaching is generally a formula for creating poverty and should be avoided like the plague. The EITC does not affect the supply demand curve.

I'm definitely for it, and for most tax incentives to help the working poor become more self-sufficient. Anything that will liberate someone from government dependency has multiple non-monitory benefits to themselves, their families and society as well. While 87% might be too optimistic, anything above 50% cost to the tax payer is probably a good deal for society in general.

A great article, and in the best traditions of Catholic Social Justice tradition. Pope Benedict wrote "Charity does not exclude knowledge, but rather requires, promotes, and animates it from within." (Caritas in Veritate, 30). By referencing (and linking to) current professional economic research and discussing the specifics of EITC, the editorial establishes a solid basis. Too often, well-intended proposals for social action ignore such research, so that what might be aspirational is simply whimsical, and could be harmful if adopted. Let's see more like this.

I propose that the term "Catholic morality" be used as opposed to any use of the term "justice." What is justice can be quite arbitrary as Socrates pointed out. But Catholic morality as taught for ages for individual behavior is what should be the norm. On his death bed, Voltaire was asked to bless Benjamin Franklin's grandson, which seemed strange for a supposed atheist. But Voltaire blessed Franklin's grandson with the words, "God and liberty," What the Church should be preaching is Catholic morality guiding individual freedom. Freedom is what got the prosperity we see in the world. Morality will make sure it is oriented in the right direction.