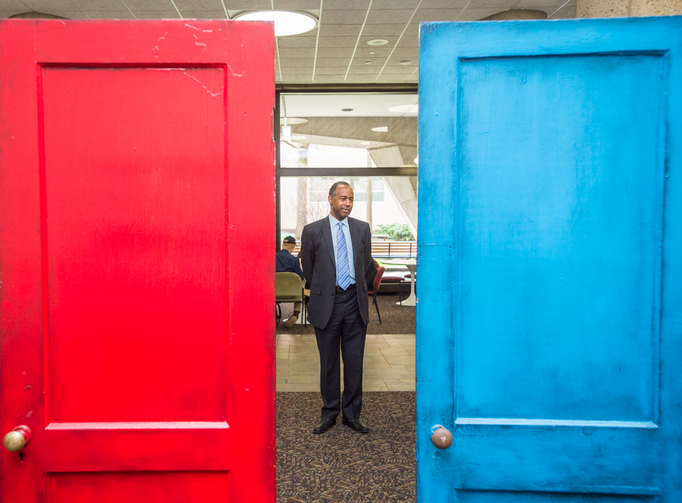 In 1968, Congress passed the Fair Housing Act in an attempt to end public policies and banking practices that had enforced racial segregation for decades. Before signing it into law, President Lyndon Johnson called the F.H.A. “among the proudest [moments] of my presidency.” Because of it, he predicted, “Negro families [will] no longer suffer the humiliation of being turned away [from housing] because of their race.”

And while there has been a rise in integrated neighborhoods—as the nonwhite population increases and more nonwhite families move to suburbs—census data show that color lines are still clear in just about every U.S. metropolitan area. Residential segregation can also lead to school segregation, and recent data suggest that an increasing number of African-American public school students attend overwhelmingly African-American schools.

The Trump administration has signaled a rollback of regulations intended to enforce the F.H.A., including a computer assessment tool introduced by the Obama administration to measure neighborhood segregation. This summer the federal Department of Housing and Urban Development also announced that it would revisit the policy of opposing housing practices with “disparate impact”—that is, practices that disproportionately harm racial minorities even in the absence of explicit discrimination, such as landlords in almost-all-white neighborhoods refusing to accept Section 8 housing vouchers. HUD Secretary Ben Carson has said he would instead seek to increase the overall housing supply. But skeptics say that will not be enough.

Formal segregation, including the practice of redlining entire neighborhoods with large nonwhite populations as too “risky” for the approval of housing loans, may be illegal, but more subtle barriers to integration remain. Nonwhite families, who had been targeted for predatory loans before the housing bubble burst in the last major recession, now face more cautious banks that simply deny mortgages to new homebuyers. Zoning laws against high-density housing or groups who fight public housing as a threat to a neighborhood’s “character” have limited opportunities for nonwhite families to move into certain areas.

Mr. Carson has suggested withholding federal funds from communities with overly restrictive zoning laws, and Senator Cory Booker, a Democrat from New Jersey and a possible presidential candidate in 2020, has introduced legislation to promote more inclusive zoning. Senator Elizabeth Warren, a Democrat from Massachusetts who is also considering a bid for the White House, has proposed sweeping legislation that would, in addition to providing financial incentives for less restrictive zoning, toughen the Community Reinvestment Act (a 1977 law that monitors banks with discriminatory loan policies) and expand it to include nonbank mortgage companies.

But even aside from zoning laws and banking practices, there are larger political and economic forces that can hinder residential choices. In some cities and states, property tax limits have kept older residents in place, further restricting housing choices for younger families. And gentrification, or neighborhood improvements such as new parks and public transit, can push nonwhite families out of once-affordable areas.

What is the origin of this segregation?

"And gentrification, or neighborhood improvements such as new parks and public transit, can push nonwhite families out of once-affordable areas." Amazing!! To combat segregation we should ignore and cease any attempts to upgrade an area because it might force people out. "Sorry about the litter strewn playground, folks, but if we clean it up you may have to move!" This is classic SJW talk; it may be ignorant but it certainly is loud.

This article also appeared in print, under the headline “Fifty years after Fair Housing Act, segregation persists by other means,” in the November 12, 2018, issue.