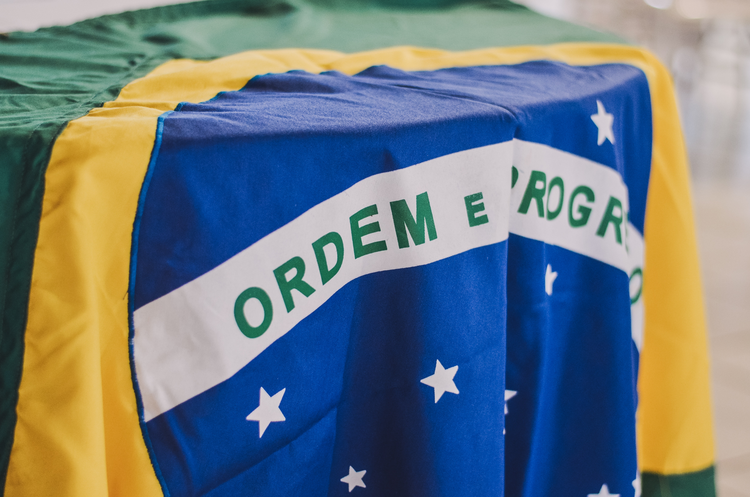 Photo by Rafaela Biazi on Unsplash

In an era of great ideological polarization around the world, Brazilian Catholics are in no safe harbor. The country is preparing for presidential elections on Oct. 7, and they are proving to be the most difficult since re-democratization in 1985. Catholics are divided and often use religious arguments to justify their choices. It is common to hear “We have to choose between the bad and the worse.”

There is a lot in the Brazilian election that sounds surreal.

There is a lot in the Brazilian election that sounds surreal. The front-runner is a defender of the military dictatorship that ruled the country for 20 years and was stabbed in the stomach by a would-be assassin at a rally on Sept. 7. He has since campaigned from a hospital bed. Another candidate is being called the puppet of a former president who is in prison for corruption—the same man who became the most popular politician in the country’s history. And there are 11 more candidates for the presidency, all between the center-left and the center-right.

The leader in the polls today is Deputy Jair Bolsonaro (Social-Liberal Party), a military retiree and representative of the extreme right. He is a fierce critic of the P.T. (Workers’ Party), the center-left party that has won the last four presidential elections—two by Luiz Inácio Lula da Silva and two by Dilma Roussef. Mr. da Silva, popularly known as Lula, is now in prison, convicted of corruption, and Ms. Roussef has been impeached for the mismanagement of public finances and must now win a seat in the Senate.

Brazil’s Catholics to Pope Francis: We’ve got your back
Filipe Domingues

At the beginning of the election campaign, the P.T. presented Mr. da Silva as a candidate and he led opinion polls for months, even though he was arrested. He was barred from running for a third term because of a law called “Ficha Limpa” (Clean Records), which forbids candidates who were convicted in two different courts. The P.T. has built a narrative claiming that Mr. da Silva suffers political persecution, but it had no choice but to present Fernando Haddad as a replacement.

Mr. Haddad was mayor of São Paulo, the largest city in Brazil, but he lost his bid for re-election in 2017. He was also minister of education. In his campaign, leaflets say that this year, “Haddad is Lula.” Mr. da Silva is especially popular among the poorest of the country, and Mr. Haddad is now taking many of their votes, placing second in the polls.

The strong corruption revealed in the P.T. governments involved virtually all major parties in the country. And this has aroused the ire of the population, many of whom long for an outsider. For many, Mr. Bolsonaro has conquered this space.

Despite using an aggressive vocabulary, explicitly flirting with authoritarianism and openly offending women as well as gays, blacks and other minorities, Mr. Bolsonaro has taken on many conservative votes claiming that he will save the country from the hands of “communists.” He also presents himself as a solution to crime, proposing easier access to weapons, so that citizens can defend themselves.

Brazilian journalist Daniel Gomes, who covers politics for the Catholic weekly O São Paulo, told America that Brazilian Catholics have been trying to match their personal values with the political views from their candidates.

Brazilian Catholics have been trying to match their personal values with the political views from their candidates.

“Mr. Bolsonaro is based on traditional values, such as the defense of family morals, but has controversial proposals, such as the release of more guns for civilians,” says Mr. Gomes. Mr. Bolsonaro is also a defender of the death penalty, supports the reduction of the penal age to 16, and defends the use of torture against prisoners, at least “in some cases.” All of these are currently illegal in Brazil.

Meanwhile, Mr. Gomes explains, “the P.T. does not have a far-left programmatic approach, but it tends to align itself more with socialist parties than to try alliances with other parties in the center.” The Brazilian left tends to be more committed to addressing social justice issues; at the same time, it seeks to make abortion easier and does not defend traditional ideas about the family.

“If we confirm that these are the two candidates making it to the run-off, we will have unpredictable results and uncertain governability. Neither of them would have the capacity, in principle, to make a national unified government, which is what the country needs most at the moment,” Mr. Gomes says. Run-off elections are on Oct. 28.

The Catholic Church has tried, at least officially, to calm the waters. Mr. Gomes explains that “the church has reinforced that it does not support parties, but points out that Christians cannot be indifferent to the country’s political direction.”

Christians cannot be indifferent to the country’s political direction.

In a message released after this year’s General Assembly, the bishops of Brazil said: “It is imperative to ensure that elections are conducted within democratic and ethical principles so that the confidence and hope so shaken for the Brazilian people can be restored. The greater good of the country, in addition to particular ideologies and interests, should drive the conscience and heart of both candidates and voters.”

Without mentioning names, the bishops have asked that Catholic voters not support corruption nor support candidates who propose violent measures in the fight against crime. In a recent article, Cardinal Odilo Scherer writes that some people still hope that the hierarchy of the church will indicate a candidate for the faithful, but this is not the church’s job.

“We understand that it is not correct to instrumentalize religious action in function of the search for political power; nor should clergymen merge religious performance with election campaign,” Cardinal Scherer, who serves as the archbishop of São Paulo, writes.

According to Cardinal Scherer, the criteria to choose candidates “derive from the doctrinal and moral principles of the Catholic faith and are present in the Social Teaching of the Church. But they also stem from a careful analysis of the country’s social, political, economic and moral situation.”

In a letter to religious people, the Conference of the Religious of Brazil also say that in the present day, “There is no political party or ideal candidate that corresponds 100% to the Gospel.”

"There is no political party or ideal candidate that corresponds 100% to the Gospel," the Conference of the Religious of Brazil said.

Signed by its president, Sister Maria Inês V. Ribeiro, the letter states: “Tares [weeds] and wheat grow together and mix in different proportions in politics, as in any other human reality. We need to discern the best possible, in the light of the Holy Spirit, with firm feet in reality.”

But again without mentioning names, the letter states that Catholics should not preach violence as a solution: “It is not part of our choices to support those who, without shame, discriminate against women, Afro-descendants, indigenous people, the poor and the children.”

Like all of Brazilian society, the church in Brazil seems to be divided between extreme poles. However, Mr. Gomes believes that “division” is not the right word here.

“If we understand the church as the whole of the children of God, we can speak, instead, of a plurality that mirrors the diversity of Brazilian society,” he says. “Taking into account social justice issues and the defense of life at the time of choosing a candidate is directly related to the closeness one has to each unique reality that different Brazilian people are living today.”

Unfortunately for Brazilians the ultimate result is summed up by Mr Gomes' comment: "Neither candidate will have the capacity to make a national unified government." Brazilians are well aware that ...nao vai mudar porra nenhuma!

the author of the article missed to explain that former president Lula is being kept in jail after a very confusing trial in which no evidence was shown and that former president Dilma suffered an unfair impeachment in which her own vice-president party organized and gained power, not calling a new election as any decent vice would, we suffered a coup d'etat in front of our very own eyes.