What is the greatest threat to democracy in the U.S.? 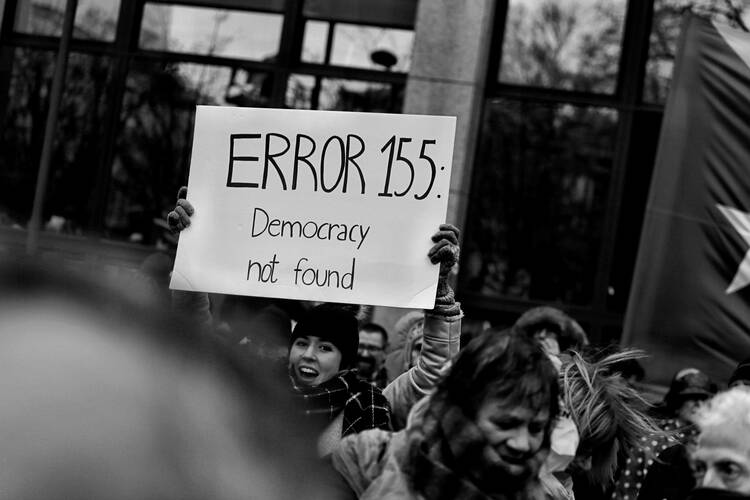 Ninety-one percent of respondents to our survey told us that living in a democracy was either extremely or very important to them. “Democracy isn’t perfect, but I believe it offers the best framework for government,” explained Diana George of Palmyra, Va. “There are multiple paths to justice and to personal success and, ideally, recognition that all human beings are equally worthy.”

When asked the what is greatest threat to democracy in the United States, a third of respondents told America that it was money in politics. Michael Phung of Brighton, Mass., wrote: “The government’s purpose of being for the people has been subverted by money.” Barb Anderson of Blaine, Minn., concurred: “If money weren’t a requirement to run a successful political campaign, a wider variety of candidates—without interests in corporations—would have opportunities to run. Also, money seems to sway candidates and the elected too much.”

After money in politics, 19 percent of respondents pointed to voter apathy as the most significant threat to democracy in this country. “People need to vote and vote informed,” said Ann O’Brien of Framingham, Mass. Other readers emphasized the civic duty of eligible voters. Cherie Gaiser of Libertyville, Ill., told America, “When people do not understand that their freedom is linked to responsibility,” and fail to vote, others gain the power to enact their “own agenda.”

Polarization and extreme partisanship were cited by 13 percent, who felt these are the greatest threat to democracy. Emmett Blake of Texas wrote, “Extreme partisanship is the justification for surrendering democracy using gerrymandering, voter suppression and so on—placing the government in the hands of the parties over the people.” 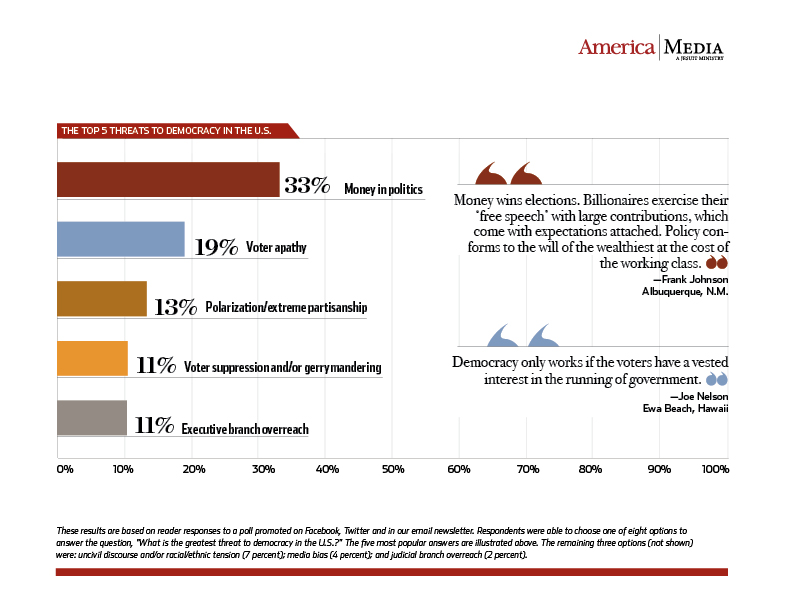 Maybe somethings not mentioned are bigger threats. For example, a very biased press and education system which results in uninformed voters is probably the biggest threat of all.