Catholic Charities CEO: Some Catholics have sidestepped Jesus when it comes to refugees

Catholic Charities CEO: Some Catholics have sidestepped Jesus when it comes to refugees 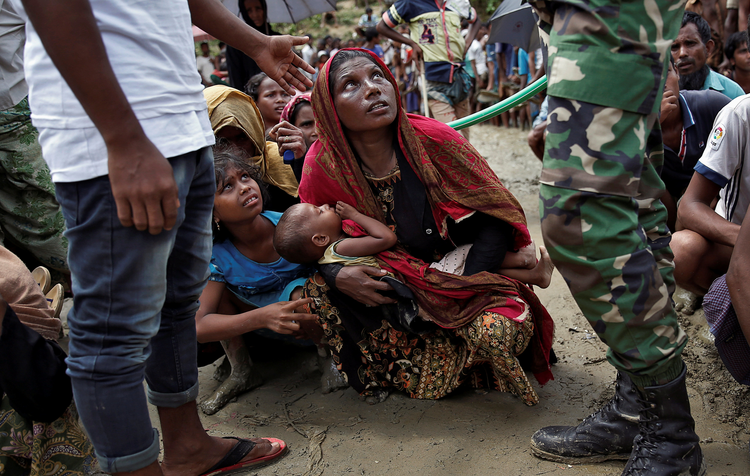 PORTLAND, Ore. (CNS) -- The head of Catholic Charities USA is saddened that many Catholics have "become acclimated" to national resentment over migrants.

Dominican Sister Donna Markham, the agency's president and CEO, told an audience during the Msgr. Thomas Tobin Lecture on Catholic social teaching May 4 that some Catholics have sidestepped the lessons of Jesus, who said, "What you did not do for one of these least ones, you did not do for me."

"We live in an age that treats migrants as if they were a disease."

"We live in an age that treats migrants as if they were a disease," he said, calling it "deplorable" that the country would turn its back on refugees and immigrants who are fleeing violence and poverty. "These are real people with real lives."

While Catholic Charities nationwide aid about 600,000 refugees and migrants overall, agency officials expect the number of people being resettled to continue to decline.

"But the gospel calls us to care for the most vulnerable. We are not about to stop now," she said.

Meanwhile, Pope Francis and the U.S. Catholic bishops have made strong statements in support of the dignity of migrants. "They have responded to xenophobia with compassion, mercy and welcome," Sister Markham said. "That makes me proud to be Catholic."

U.S Bishops "have responded to xenophobia with compassion, mercy and welcome," says head of Catholic Charities.

She told stories of refugees, including that of a concert pianist who fled Romania after her hands were broken by officials, and an Iraqi woman who escaped the Islamic State group after death threats, tearfully leaving her family behind.

Sister Markham admitted that she once thought of refugees and migrants as people looking for a handout. She is now ashamed of the view, having learned thousands of stories.

"They had no alternative," she told the Portland crowd. "They had to run for their lives. These are our brothers and sisters, not freeloaders."

She related the tale of a girl in the U.S. who returned home from school only to find that her father had been detained by immigration officials. "As Catholics, we think it is reprehensible to have families torn apart," Sister Markham said. "This is totally against who we are as a church."

"These are our brothers and sisters, not freeloaders."

Sister Markham suggested that Catholics plan small group potlucks and invite refugees and migrants to tell their stories. Erin Weisensee, a member of Holy Redeemer Parish in Portland, explained how she and husband Matt have befriended refugee families, taking them on trips and inviting them to events such as carving pumpkins.

"It depresses me to realize how few Catholics dive in to Catholic social teaching," Archbishop Sample told listeners in remarks before the lecture. The church's social justice work is an inseparable part of its primary mission of salvation for the world, he explained, saying, "It's not an option."

"We need as a church to continue to be that voice of reason," the archbishop added. "We need constantly to be an active voice of social justice for all."

The archbishop expressed sadness about polarization in the church when it comes to the social mission. Orthodox believers, he said, tend to back the pro-life cause, but at times do not show enough concern for other social justice matters, including the dignity of migrants. "And, frankly, it goes the other way, too," he told the crowd.

"This isn't a matter of either/or. I'd like to see us hold all of this together."

Maybe Sr. Markham should come up with a plan that can be put into law on who should come to the United States. At the same time she should recommend what other countries should do.

As someone who years ago worked in a group home serving disabled men, several of my co-workers were immigrants from Liberia. They had fled from a brutal civil war seeking a better life in our nation. They were good, hard,working people who cares for the welfare of their families. Although this is controversial, and I agree that legal immigration is ideal, I do believe that people who are fleeing violence and extreme poverty in their homelands should be admitted to our nation. Aside from a very small number of Native Americans, all of us are descendants of immigrants. So I agree with Sister Markham that Jesus would want us to welcome immigrants. I live in a nursing home/rehabilitation center, so unfortunately I'm not able to welcome immigrants in any way. I admire those Catholics and people of other faiths (or none) who include people from other countries in their social lives. However, I do occasionally contribute modest sums to Catholic Charities, which hopefully is of assistance not only to immigrants but to many other people in need. As an imperfect Catholic who has long been involved in trying to end the violence of legal abortion in various ways (political, educational, and alternative -to -,abortion efforts) I agree with Archbishop Sample that all Catholics (to the extent they are able) should both work to restore legal protection to the unborn, as well as engage in other social justice efforts. As an aside, I do oppose capital punishment, and have been a pen pal for years with a man who serving a life sentence in prison, and I do when I can send him small amounts of money for his personal needs. From our correspondence, I'm convinced that this man, who is a devout Jehovah's Witness, has reformed his life.

Langlois is managing editor of the Catholic Sentinel, newspaper of the Archdiocese of Portland.