Why Israel shaming Iran on nuclear weapons is grimly ironic

Why Israel shaming Iran on nuclear weapons is grimly ironic 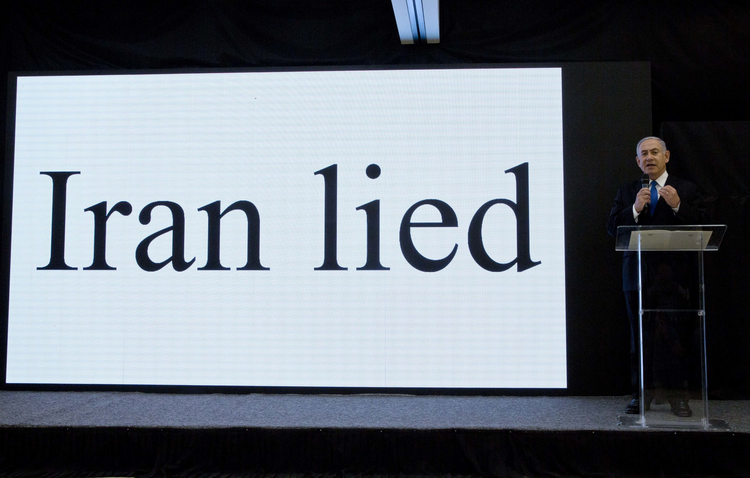 When the United Nations passed a resolution in 1968 calling for a nuclear non-proliferation treaty, Israel supported the measure. When the treaty was presented for signature and ratification two years later, however, Israel was not among the signatories. Forty-eight years later, it has still not signed on.

The Jewish state has similarly resisted joining in planning for a Middle East nuclear-free zone. First recommended by Egypt and Iran in 1974, the idea received support in connection with the Non-Proliferation Treaty review conferences in 1995 and 2010. Responding to a lack of progress, in 2013 an international meeting of citizens, including former members of the Israeli Knesset, met in Haifa and Ramallah without apparent results.

If Israel is allowed to persist in its defiance of the N.P.T., the 50th-anniversary review in 2020 could well be the last.

But Israel was not then a member of the N.P.T. and so was not entitled to have a say in the matter; and it was, quite notoriously, in possession of undeclared nuclear weapons, an egregious spoiler to the N.P.T. regime, with between an estimated 100 and 400 nuclear warheads. The allies were playing a double game, insisting that the N.P.T. was the cornerstone of nuclear weapons policy and at the same time running interference for Israel’s duplicitous nuclear outlawry.

This history came to mind as Israeli Prime Minister Benjamin Netanyahu this week presented his propaganda display of alleged Iranian nuclear weapons archives dating no later than 2003. Subsequently, the International Atomic Energy Agency confirmed that Iran had no active weapons development program after 2003, a fact that had been acknowledged in a 2007 U.S. National Intelligence Estimate.

The Iranians signed the N.P.T. in 1970. Beginning in 2005, the International Atomic Energy Agency found Iran in noncompliance with its N.P.T. commitments and for several years various countries attempted to negotiate an end to its programs, leading to the Joint Comprehensive Program of Action, which went into effect in 2016.

It is time we recognize no nation has “a right” to world-destroying weapons systems.

The arms control treaty between Iran, the five permanent members of the U.N. security council and Germany imposes the most intrusive inspections and detailed restrictions ever applied to an N.P.T. member.

There is no little irony in Israel, a nuclear renegade, defaming a nation that even as it skated close to the edge was willing to negotiate controls and inspections of its own nuclear development program. It is a classic case of the pot calling the kettle black. Mr. Netanyahu deserves no hearing on the Iranian agreement until Israel goes public about its own nuclear program and submits itself to the disarmament controls of the Non-Proliferation Treaty.

Israel regularly complains that the international community and U.N. agencies, in particular, apply double-standards with respect to Israel and its Arab neighbors. But with the United States running interference, Israel benefits from a double standard on non-proliferation. U.S. complicity in this double-dealing is a threat to the stability and continuation of the non-proliferation regime.

The United States insists that the N.P.T. is the cornerstone of international non-proliferation policy, preventing the spread of nuclear weapons. If Israel is allowed to persist in its defiance of the N.P.T., the 50th-anniversary review in 2020 could well be the last. Already, in voting last year to support the Treaty to Prohibit Nuclear Weapons, the non-nuclear states registered their dissatisfaction with the prejudicial application the nuclear weapons states give the treaty, as they threaten non-nuclear states, like Ukraine and Iran, and enforce their compliance with the treaty even as the nuclear-armed states modernize their arsenals.

A U.S.-Israeli upending of the Iran nuclear deal threatens a death-blow to the N.P.T. as a pact between nuclear and non-nuclear states, placing the world under existential threat. It is time we recognize no nation—not Iran, not Israel, not the United States—has “a right” to world-destroying weapons systems.

Israel is not threatening anyone. Iran and North Korea are in partnership threatening the world.

Tell that to Turkey, Syria, Iran, Iraq, Jordon and almost every country in the middle east less Saudi Arabia.
I remind you, Israel, had spies on American soil, the blew up the USS Liberty. They are less a friend of America and its only because of Israel's powerful lobby in Washington that they have been able to pull the wool over America's eyes. Oh and before you go all race card on me. Its not anti-semitic to criticize Israel as a matter of fact, we should be looking much closer at them through a suspicious lens.