Whose interests should be the first priority for U.S. trade policy? 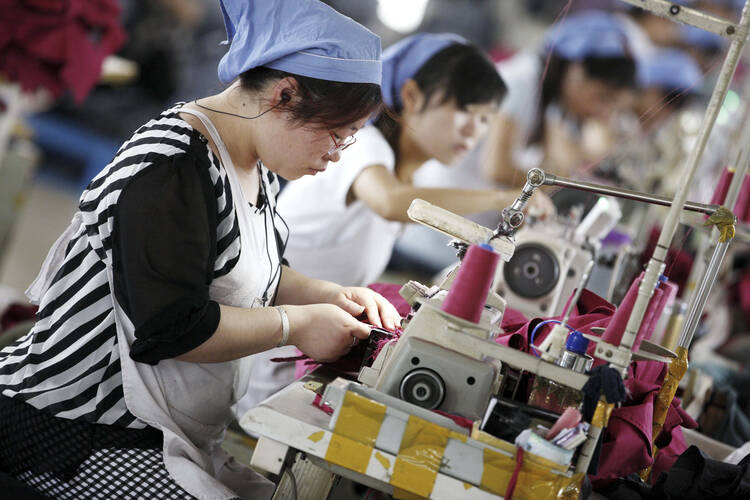 Forty-eight percent of respondents to the above question told America that U.S. trade policy should prioritize workers worldwide. Creede Caldwell of Madison, Wis., explained: “In a global economy, what affects other countries affects us all. If we want to have a just and prosperous home, our businesses must sustain ethical practices everywhere.”

Michael Finocchiaro of Wilmington, Del., concurred: “The Catholic social teaching principle of solidarity requires us to think globally and act locally. National boundaries are artificial and do not affect each worker’s right to dignified work and livable wages."

Thirty-four percent of respondents to our informal survey, distributed on social media and in our email newsletter, told us that U.S. workers should be the foremost priority for U.S. trade policy. “A government’s first priority is to its citizens, particularly those citizens who need protection,” wrote Will Redmond of Silver Spring, Md. “That doesn’t mean U.S. workers are our only priority; the interests of workers should not be allowed to supersede the imperatives of human rights or world peace.” Megan W. of Portland, Tenn., agreed that U.S. workers should be prioritized. “We need to make sure our own workers are taken care of first, followed by consumers. It needs to be what is best for the American people first, not businesses.”

Of the remaining respondents to our poll, 18 percent said that U.S. consumers should be the first priority of U.S. trade policy, and only 1 percent of respondents thought business owners should be prioritized.

Related to the above question, America also asked this sample of readers: Do you make an effort to “buy American?” In response, 72 percent said yes. “I tend to buy American when I can,” said Zach Wilson of Saint Paul, Minn. “Not for nationalistic reasons, but because there is a higher likelihood that the workers involved in its production were treated more fairly than those in many of our import partners.” 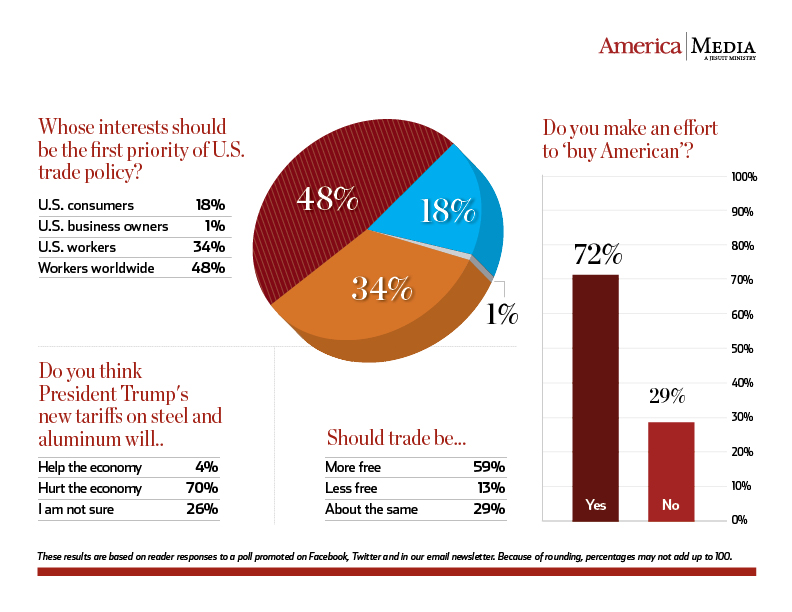