Have we reached a turning point in the gun control debate? 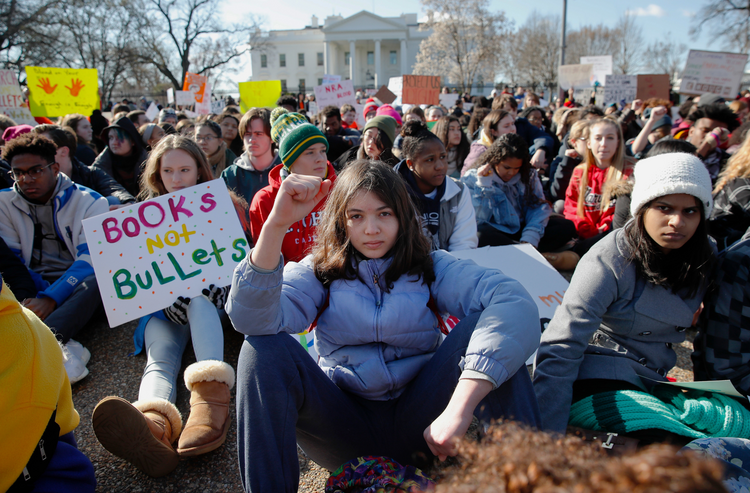 Young demonstrators hold a rally in front of the White House in Washington. (AP Photo/Carolyn Kaster, File)
Have we reached a turning point in the gun control debate?
00:00
Subscribe
Download

As I write this, thousands of students across the country are walking out of their high schools to protest gun violence. April 20 marks the 19th anniversary of the 1999 Columbine High School shooting in Littleton, Colo., which left 13 dead. At the time, it was the deadliest school shooting in modern U.S. history. Tragically, that grisly record had been overtaken several times in the last two decades, most recently at Marjory Stoneman Douglas High School in Parkland, Fla.

After the Parkland shooting on Feb. 14, which left 17 students and employees dead, listeners asked that we dive deeper into the topic of gun violence. So this week, we are talking with Patrick Blanchfield, a writer who has covered the topic for n + 1 among other publications. We ask him why advocacy for gun control has been so ineffective; why religion and theology play such an important role in these debates; and whether the student activism following the Parkland shooting represents a new and promising front for those seeking to pass more restrictive gun laws.

In Signs of the Times, Pope Francis admits that he has made serious mistakes in his handling of the sex abuse crisis in Chile; Blessed Oscar Romero finally has an official canonization date; and Catholic agencies are alarmed by the severe drop in the number of Syrian refugees admitted to the United States.

Next, we discuss the state of Catholic activism: Is it a problem that the most visible Catholic protesters in peace and justice movements are often baby boomers? Where are all the millennial Catholics?

Finally, need a good pump up video? Check out these boxing nuns in Poland. Need a good cry? Watch this video of Pope Francis responding to a young boy who asks: is my atheist father in heaven?

Follow us Twitter @jesuiticalshow, send us an email at jesuitical@americamedia.org and support our work by becoming a part of our Patreon community. You subscribe to us wherever you get your favorite podcast and leave us a rating and review on Apple Podcasts.