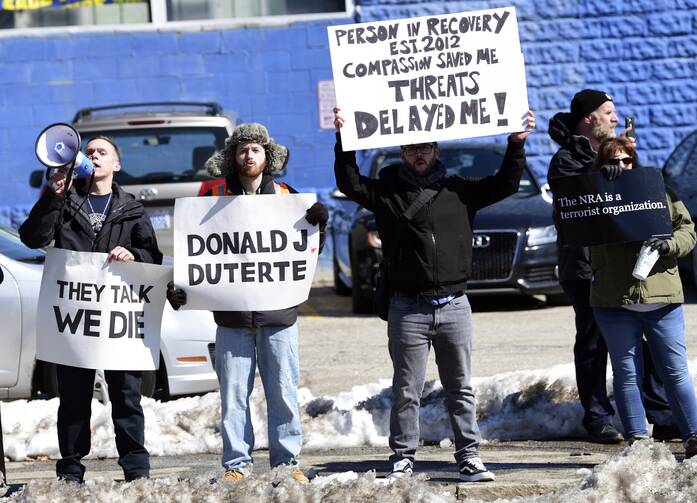 President Trump spoke about his plan to address the nation’s opioid crisis on March 19. Included in his proposed strategy were stronger penalties for drug dealers, among which he specifically mentioned the use of the death penalty.

Mr. Trump’s suggestion is not necessarily new. Existing federal laws do permit the death penalty for certain drug cases, and the Department of Justice has procedures for determining whether to seek the death penalty in a particular case, which must follow the existing law and the Constitution. These federal laws have been in place since 1994 but have not been applied by any previous administrations.

Applying the death penalty to specific criminal acts will not help end the opioid crisis. We know that the death penalty does not serve as a deterrent to crime. Thanks to a newly released study from the Pew Public Safety Performance Project, we also know that state drug imprisonment rates have no impact on three key indicators of state drug problems: self-reported drug use, drug overdose deaths and drug arrests.

The death penalty is a flawed and broken tool in the practical pursuit of justice.

Our past experiment in hard responses to the nation’s drug problem, the “War on Drugs,” was a failure by many measures. The war did little to reduce drug addiction, but it did initiate an era of mass incarceration that has done immeasurable damage to U.S. communities. Removing a drug dealer from the streets does not address the issues of poverty and addiction. It just creates a job opening that will easily be filled.

The United States remains the only Western country to continue to use the death penalty as a way to address acts of grave harm despite its disregard for the inherent dignity of the human person. Our modern system of capital punishment has proven itself to be an arbitrary and discriminatory system that puts innocent lives at risk. In 90 percent of the 23 executions in 2017 there were serious doubts about the condemned individuals’ guilt or those individuals showed significant evidence of mental illness, intellectual disability, brain damage or severe trauma.

The death penalty is an ill-considered public policy. Rather than keeping society safe, it targets some of society’s most marginalized people. The fact that 161 former death row inmates have been exonerated since 1973 demonstrates the brokenness of our capital punishment system. The U.S. error rate in applying the death penalty is significant; this is an uncorrectable error.

Responses to social and personal harm should be restorative and allow for the flourishing of all people. Our energies and resources should be directed toward prevention, rehabilitation and treatment—not retribution and vengeance.

The financial impact of the death penalty is another reason the president’s proposal should give us pause. More than a dozen states have found that death penalty cases are up to 10 times more expensive than comparable non-death-penalty cases. Use of the federal death penalty could cost upward of a million dollars more per case tried in court.

The funds that would be used to pursue the death penalty in drug-related cases should instead be directed toward treatment and care for those caught up in the opioid crisis. Those suffering from addiction, their families and their communities need healing and restoration. The death penalty does not provide either.

Responses to social and personal harm should be restorative and allow for the flourishing of all people. Our energies and resources should be directed toward prevention, rehabilitation and treatment—not retribution and vengeance.

As a handful of states use every effort possible to continue the inhumane and unjust practice of state-sanctioned execution, public support for the death penalty has fallen to its lowest level in 45 years. Death sentences and executions have similarly fallen to record lows nationally. A majority of the American public has come to understand what Pope Francis has consistently maintained: The death penalty “heavily wounds human dignity.”

Capital punishment is coming to an end. State legislatures in New Hampshire, Louisiana, Utah, and Washington have all seriously proposed abolishing the death penalty in 2018, and several more states are considering legislation to limit their use of the death penalty.

As we near the end of this Lenten season and prepare to observe Good Friday and our Lord’s state-sanctioned execution, we are encouraged to remember the God-given dignity of each human person, a dignity that we are called never to diminish.

“A just and necessary punishment must never exclude the dimension of hope and the goal of rehabilitation,” Pope Francis said in his address to the U.S. Congress in 2015. The solution to the opioid crisis is to choose life, not death. 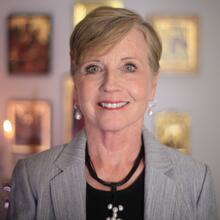 How to spin a Trump positive effort into a negative. It is so transparent.

Why not wait till we see what happens. But you cannot bash Trump that way,

The author should disown the photo posted by the editors which says Trump is like Duterte. New low for America, the magazine. Inexcusable!!!

Negotiation 101: Never ask for what you want as your starting point. When negotiating against leftists, appeal to their emotions.

The drug issues in this country require some sort of affirmative act. Anyone who has had experience with a drug addict family member will tell you that rehabilitation and treatment are not solutions. Rehabs are (another) waste of taxpayer money that serves as a sort of welfare system for counselors and rehab employees.

The death penalty is not the answer, but it's a good starting point for discussing solutions of action against the problem, not mere coddling of those who willingly risked becoming addicts.

I believe that it 's accurate that someone who is an alcoholic (addicted to drinking alcohol) is a drug addict. I happen to have a close family member whom I love who is an alcoholic. However, by going to a drug rehabilitation center ,as well as with the support of his family (many of my family members drink alcohol) who ceased drinking entirely in his presence, he has been able to beat his addiction. I had a serious drinking problem for several years in my early twenties, but fortunately I quit drinking alcohol for Health reasons in my late twenties. I'm now 56, and have no desire to drink. My late Dad drank a,considerable amount of beer daily, especially on the weekends, however he was never intoxicated and quit "food turkey" late in life also for health reasons. I don't believe that drug and alcohol rehabilitation programs are foolproof. However, I do believe that they are useful/\effective for many addicts. Having said that, some people such as my Dad and me have the good fortune of having be able to abstain with much effort/motivation. I happen to have a pen pal who's serving life imprisonment. However, he's a devout Jehovah's Witness (I 'm a Cathooic) and I believe he's sincerely reformed his life. I believe that life imprisonment is the appropriate pro-life position for those convicted of murder, etc. Not am I a "leftist." I've been involved in various ways and to varying extents in the pro-life /anti-abortion movement since I've been in high school. I might add for further information that while I'm a moderate Republican, I don't believe that terms such as "conservative," " moderate, " or "liberal" are legitimate ways to describe us as Catholics. Those are political terms . The question is, is an individual a good Catholic? That is, does the person believe in the authentic teachings of the Church, including those that are "hard sayings?" I am opposed to contraception, and although I'm gay I believe that marriage is the union of one man and one woman. Perhaps, for people for whom drug rehabilitation centers don't prove effective, a moderate prison sentence with counseling and/ or other treatment is the best, more appropriate manner to , address this matter. I certainly am against capital punishment for anyone, whether a convicted murderer (both for moral reasons and the practical reason that some convicted criminals have been found innocent by modern scientific evidence) as well as drug addicts. AS with abortion, I strongly oppose killing human beings to solve social problems.

The President is doing the same thing that the children are doing - "something has to be done." I agree that we should not use the death penalty and as a society we should not have weapons that appeal because of their looks or their rapid fire capabilities, but in both cases we miss the point. How logical is it that we are forced to take notice of our children because our adults are incapable of proper guidance. How easy it was to divert the the anger of the elders on to one man, who graciously gave his life for us.
These issues magnify the destruction of our society and yet we fail to address the root cause -"self."
This week more than any other in our year we can bring ourselves to kneel and say "mea culpa." When we realize that it is us who are the problem then we can begin that monumental task of fixing ourselves - little by little, with the grace of God.

Should one also consider civil death “…a flawed and broken tool in the practical pursuit of justice?”

Some, for example, cannot vote because of laws that disenfranchise citizens convicted of felonies. Florida’s disenfranchisement totals about 1.5 million citizens. Note that Floridians cast almost six million votes in the Gore-Bush election.

The death penalty and “civil death” perhaps allow the aristocracy to limit the political power of the middle class and poor. Ninety percent of the country’s citizens who are disenfranchised because of a felony reside in the thirty-one states that have the death penalty.

People need to think about this once again in this time spn.
http://www.freeworkschedulemaker.com/2018/03/daily-planner-template.html