The Editors: Needing food assistance should not be a mark of shame 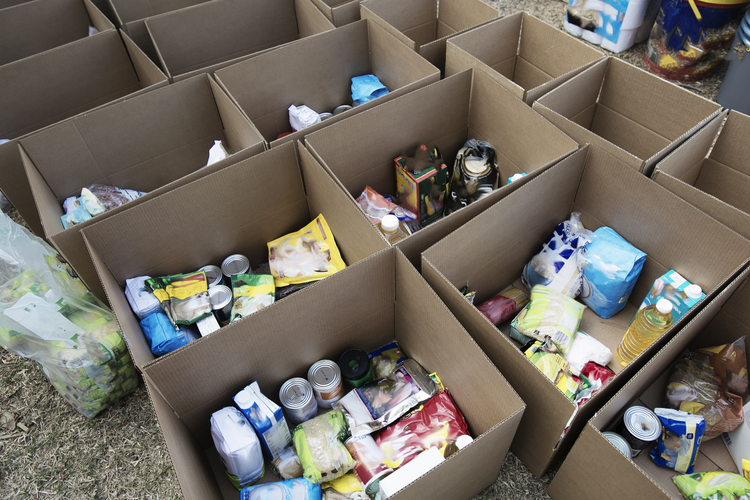 There are so many obvious problems with the “America’s Harvest Box” proposal floated by the Department of Agriculture that many people thought the idea was a joke. The proposal would replace half of all SNAP benefits, commonly known as food stamps, with boxes of nonperishable food items. Pitched as a cost saver, delivery alone would probably increase SNAP’s cost to the taxpayer. But the foundational flaw with the proposed reform is the stripping away of choice, and the dignity that comes with it, from low-income Americans.

That a party dedicated in principle to limited government should seek to standardize and control from Washington what goes onto the plates of millions of families across the country reveals a paternalistic suspicion that the hungry are not as worthy of freedom as the rest of us. Thankfully, the Trump administration has said that given the extent of the backlash, the program is unlikely to be implemented.

The Editors: What we owe America’s farmworkers
The Editors

Yet the erroneous notion that poor people are frivolous spenders buying junk food and luxurious food items persists. The state of Wisconsin, for example, is on the verge of passing stricter work requirements for SNAP recipients. Meanwhile, food insecurity affects millions of Americans. A recent study showed existing SNAP benefits already are insufficient to cover basic meals in large areas of the country.

Needing food assistance should not be a mark of shame. The assault on the dignity of the poor and the hungry continues in the richest country on earth.

The editors might be interested in how little it costs to eat nutritionally each day. It just takes effort, careful shopping and a willingness to limit what one eats to inexpensive but nutritionally balanced foods.

Certainly low income households should be helped but how much and in what way should be discussed. Especially in rising economic times.

The actions described in your article cause contradictory feelings in me, but I am definitely glad that you are attracting attention to this with your articles and in so much detail about everything 192.168.l.l

Let's all be honest about who started and now propagates the myth of the Cheeto-eating welfare queen: conservatives. The same people who support an administration that sees low-income Americans as expendable also spread rumors of food stamps being used to buy caviar. For conservatives, especially conservative Catholics, there is no empathy or compassion for people who are trapped in low wage jobs, on public assistance, or a combination of the two. There is no education or understanding of food desserts or how gentrification affects food supplies in poor communities. There is only "personal responsibility," which for conservatives has come to mean, if you aren't lucky enough to be born into a wealthy or middle class family, you deserve to suffer.

Many people who receive food stamps are senior citizens who worked hard all their lives but never made enough and live on Social Security. The article makes an important point about the dignity of the poor. By making food choices for others you treat them as subjects, not citizens. Michelle Obama tried making food choices for children in the schools. The result was that much food was wasted. The present system with the SNAP card is working well. Keep it!

Ellen B
3 years 2 months ago

There is no excuse for people going hungry in this country. The vast majority of people on food stamps need them. Children going hungry to school need assistance. It's crazy to me that anyone claiming to be a Christian questions this.