Father James Martin: Why we should welcome people from countries Trump just insulted 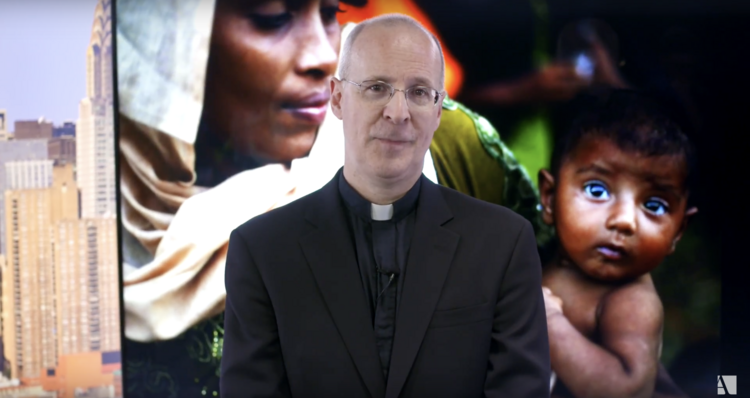 The president asked an important question yesterday. Unfortunately, since it included a vulgarity we’re going to have to silence that word, but I’m sure you know it by now: “Why are we having all these people from sh#*hole countries come here?” To put it politely, why should the United States welcome people from poor or war-torn countries? Here are five reasons, at least for Christians. 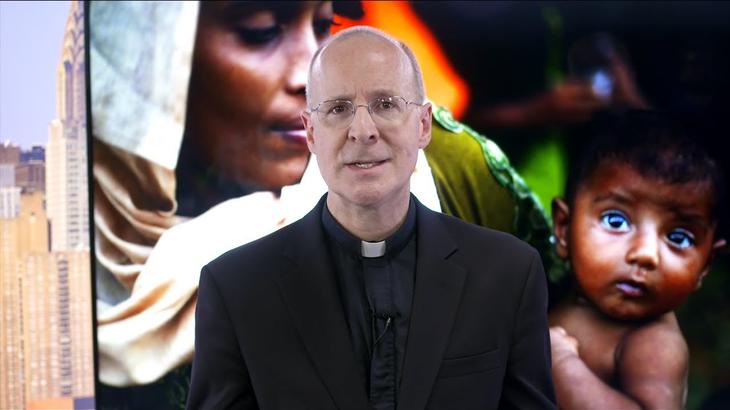 First, let’s talk about someone important who came from just such a place: Jesus himself. Nazareth was a minuscule town of 200 to 400 people, where people lived in small stone houses, and, archaeologists say, where garbage, and excrement, was dumped in the alleyways. “Can anything good come from Nazareth?” Nathanael says when he hears where the Messiah is from (Jn 1:46). God, in other words, came from a “sh#*hole” place.

2. Jesus asks us to welcome the ‘stranger.’

What’s more, in the Gospel of Matthew, Jesus tells his disciples that when they welcome the stranger, they welcome him (25:37-40). In Luke’s Gospel, in the Parable of the Good Samaritan, Jesus contrasts two men who pass by a stranger on the side of the road rather than help him (Lk 10:25-37). And, by the way, Jesus does not say help the person only when it’s convenient or easy or when the person is not from a poor country. He says help them, period.

3. The Old Testament asks us to care for the ‘alien.’

The Hebrew Scriptures repeatedly asks us to care for the “alien” among us, in other words, the refugee. Why? One reason is that refugees and aliens, without any extended families or clans to help them, were among the most powerless and vulnerable in that society. “You shall not oppress the alien,” the Book of Exodus says, “for you were aliens yourselves once in the land of Egypt” (223:9). That is a pointed message for Americans in particular, who live in a land of immigrants.

4. They are often fleeing war, violence or famine.

And who are these people? The United Nations defines a “refugee” as anyone fleeing a well-founded fear of persecution. Refugees come to the United States not because they want to sample American culture or cuisine, but because they are often fleeing certain death. And these are not tall tales. During my time with the Jesuit Refugee Service in East Africa in the 1990s, I knew people who had seen family members killed before them. In the case of migrants, they come fleeing poverty. In both cases—refugees and migrants—the needs are desperate, and they need our love most of all.

5. Jesus asks us to love one another.

And that love needs to be put into action. Do you think that human beings deserve simple things like food, shelter and clothing? Then you must put that good wish into action. As the Letter of James says, If you say, “‘Go in peace; keep warm and eat your fill,’ and yet you do not supply their bodily needs, what is the good of that?”

A common argument against immigration is that "we" can't have open borders. It ignores the fact that no one is actually proposing open borders.

What is being argued is not to be cruel - such as separating parents from their children or destroying water in the desert so people will die of thirst. Not to deport people who have lived the majority of their lives as Americans. To not be guided by fear mongering. "They" are all terrorists! or "rapists" or "criminals". Immigrants are the founding fathers of this country. A stream of immigrants provides workers for our economy. Open the door to people who are willing to work hard, to benefit themselves & this country! Open the door to people who would otherwise die if left in place. Letting fear guide us is the antithesis of Catholicism.

Jesus spoke about individual conduct and thought, not about how nation states should run their affairs; isn't that what, "Render unto Caesar..." was about?

Economics and the relationships between countries is complex, not intended to be answered by tenets of conduct for individuals. There are plenty of people who come from "sh&thole" places in the US. Open your own home's door to them, feed them, clothe them. That's what Jesus taught. Opining and protesting about what the government should do while we hide in our own protected little worlds is not what Jesus asks us to do.