We don’t need to reinvent the wheel for humane migration policy, we need to get it rolling 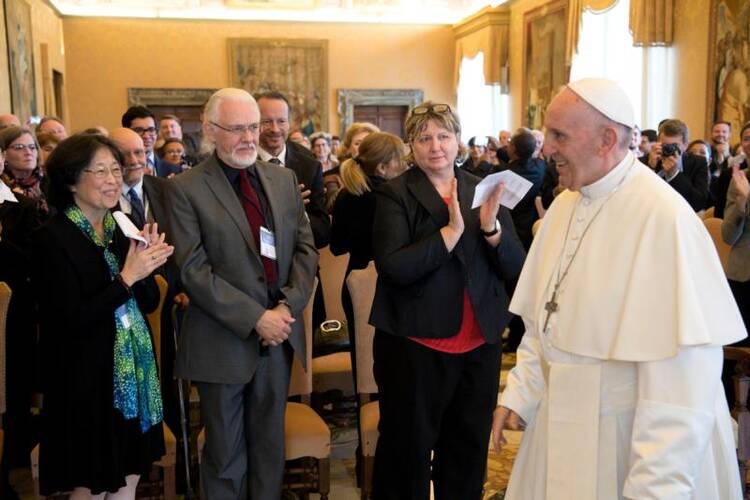 Pope Francis leads an audience with members of the International Federation of Catholic Universities at the Vatican Nov. 4. The pope encouraged Catholic universities to study the root causes of migration. (CNS photo/L'Ossservatore Romano)

The current social and political climate in some countries, especially the anti-immigrant rhetoric partly fueled by negative media reporting, makes it seem difficult for states to reach positive agreements on migration. It was therefore good news that one year ago, the 193 United Nations member states unanimously agreed to develop a Global Compact on Safe, Regular and Orderly Migration that they will adopt in 2018. Since then, however, the United States government announced, on Dec. 3, that it will no longer participate in the development of the Compact.

The 2016 New York Declaration for Refugees and Migrants that led to agreement towards the new Compact did not happen out of the blue. Many countries are seeking solutions and not just rhetoric. In fact, not only countries of origin, but also those of employment and destination—many of them with serious labor shortages in areas like health care, agriculture, engineering and medicine—have good experiences of migration and migrant-related development.

So as government officials from across the world gather this week for a major conference in Puerto Vallarta, Mexico, to begin preparing to negotiate the new Global Compact, there are grounds for hope.

Instead of just restating migrants’ rights in beautiful words, the new Compact on Migration must move to concrete and consistent mechanisms to implement those rights.

One point worth mentioning is that the rights of migrants, regardless of their status, have long been proclaimed and recognized. In addition to the New York Declaration, the Sustainable Development Goals—which were also unanimously adopted by all 193 U.N. member states—said the same thing. So have too, and consistently, other U.N. documents of all kinds, including important recent reports by Sir Peter Sutherland, the U.N. Secretary-General’s first Special Representative on Migration, and François Crépeau, serving as U.N. Special Rapporteur on the Human Rights of Migrants.

Instead of just restating those rights in beautiful words, the new Compact on Migration must move to concrete and consistent mechanisms to implement those rights. We do not need to reinvent the wheel; we need to get it rolling.

To help move this process forward, government officials are not alone in Puerto Vallarta. Representatives of some 100 leading civil society organizations and networks working on migration-related issues across the world are also there. Their goal is to advocate for a Global Compact that benefits migrants, refugees and whole societies.

To do so, many have come together to emphasize a set of priorities and actions spelled out in the document “Now and How: Ten Acts for the Global Compact.” This document was developed by a broad spectrum of civil society actors and contains 10 major priorities that they want to see in the Compact on Migration.

The first focus is on finding alternatives so that people do not have to migrate: not only peace and sustainable development, but also decent work at home.

The Ten Acts are very much inspired by the 20 Action Points that the Vatican released in late August, and which Pope Francis discussed in a meeting with the International Federation of Catholic Universities, as well as key principles and recommendations from more than 30 U.N., government and civil society policy documents. They cover areas of migration policy such as protection and human rights, drivers of (and safe pathways for) human mobility, decent work and labor rights, education, inclusion and action against discrimination. Its very first focus is on finding alternatives so that people do not have to migrate: not only peace and sustainable development, but also decent work at home so that people migrate by choice, not because it is the only way for them or their families to be able to support themselves with work.

The document especially takes into account the rights of children and others who are vulnerable in the context of migration. It also states that civil society, migrants, refugees and diaspora organizations must have a place at the discussion table.

The Ten Acts document requests the development of a series of targets and actions that are ambitious but achievable on a graduated timeline from 2018 until 2030. Beginning in 2020, the United Nations should designate an International Decade for Human Mobility, Development and Human Rights to help support the implementation of these targets.

Over 200 nongovernment organizations around the world have subscribed to the Ten Acts by the start of the Puerto Vallarta meeting, and many more will use it in their advocacy toward the new Global Compact and beyond. In addition to English, the document is available in Arabic, Chinese, French, Japanese, Russian and Spanish.

At the International Catholic Migration Commission (I.C.M.C.), we believe that much of the current negative politics and media reporting on migration is due to lack of high-level agreements, especially when it comes to practical solutions.

A Global Compact on Migration is a once-in-a-generation opportunity to address some of the challenges of human mobility today. Hopefully, all governments and civil society will maintain the dialogue needed in order to arrive at the Compact. For this reason, representatives of the U.S. Conference of Catholic Bishops have urged the U.S. government to reconsider its decision to withdraw from the process. According to the bishops, such action would allow the United States to help build international cooperation and influence the final agreement.

Now is the time for the international community as a whole to move from general, beautifully worded commitments about migrants’ rights to the implementation of concrete mechanisms that make good on those rights. 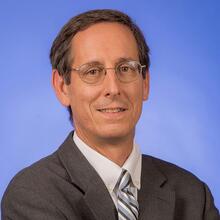 John K. Bingham is head of policy at the International Catholic Migration Commission and coordinator of the civil society activities of the Global Forum on Migration and Development.