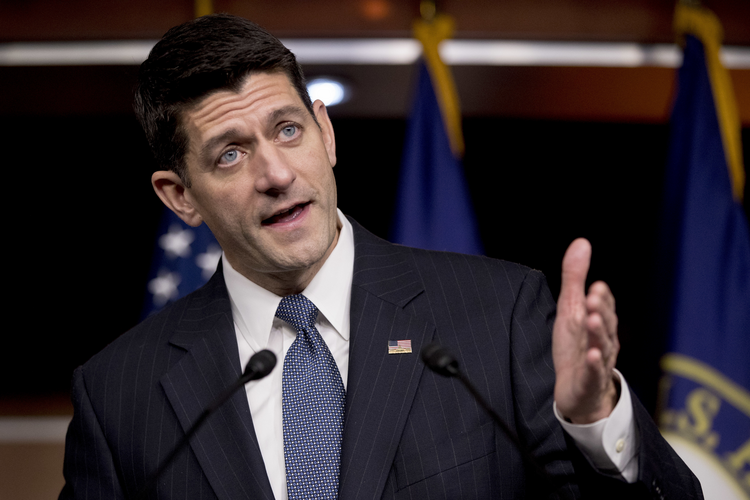 Speaker of the House Paul Ryan defended the elimination of the adoption tax credit in the tax plan put forth by the Republican House leadership, bucking criticism from pro-life activists who say the tax credit supports a culture of life, by saying the bill supports families more broadly.

“This is such a pro-family bill,” Mr. Ryan said in an interview with the Washington Examiner. “Every kid you have, you’ll have an increase in your tax credit by $600….that means more relief for people who are raising families.”

“This is such a pro-family bill.”

“A lot of pro-life groups haven’t been pleased with the elimination of this credit because it’s an alternative for people who are in tough situations,” Joe Lawler, a financial reporter at the Examiner, said to the speaker in an interview on Tuesday.

“I helped write [the adoption tax credit], so I’m obviously a fan of adoptions,” Ryan replied.

Because the adoption tax credit is nonrefundable, meaning it can be used only to lower a tax burden, and not otherwise reimburse families, the Tax Policy Center says the credit is “of little or no value to low-income families who pay little or no income tax over a period of years.” However, the credit can be carried forward for up to five years.

The adoption tax credit was passed with broad bipartisan support as part of The Small Business and Job Protection Act of 1996, for a maximum amount of $5,000. Automatically raised annually for inflation, the maximum credit is now up to $13,570. Currently, the adoption tax credit is not available for individuals with a modified adjusted gross income of more than $241,920, according to the IRS. Those making less than that are eligible for the credit.

Under the current Republican tax bill in the House, the credit is eliminated, along with many individual credits, such as deductions for medical expenses and student loan interest. Supporters say larger personal deductions simplifies the tax code while saving families more money across the board.

“It really is a tax credit that just goes to a narrow group of people who actually do the adopting,” Mr. Ryan characterized the adoption credit in his interview with the Examiner.

Catholic bishops have joined those urging Congress to retain the credit.

The U.S. Conference of Catholic Bishops tweeted on Tuesday, “Retaining the adoption tax credit is vital as a pro-life concern.” The tweet included a statement from Bishop Frank Dewane, chairman of the U.S. bishops’ Committee on Domestic Justice and Human Development, who said: “Retaining the adoption tax credit is more than just an economic consideration.”

Retaining the adoption tax credit is vital as a pro-life concern. pic.twitter.com/IMGwv4XpMx

He continued, “This credit sends an important message that our country and society value life, and helps to recognize the right of children to loving families with a mother and a father. Our national policies should reflect this priority.”

“Retaining the adoption tax credit is vital as a pro-life ”

The proposal to eliminate the tax credit has also drawn fire from conservative groups, including Focus on the Family.

Mr. Ryan defended the elimination of the credit as part of the bill’s general philosophy. “Instead of giving you a tax break for something you do, one thing you do, and one time, we want to give a tax break for anything you do for all time,” he said. “You do what you want with your money, instead of [the government] saying we’ll give you a one-time break if you do something we approve of.”

“So adoptive families, you think, will be better off under this?” Mr. Lawler asked.

Mr. Ryan, who speaks frequently of his Catholic faith and who gave the keynote address at the Al Smith Foundation Dinner last month, replied affirmatively. “You’ll have $600, not just once, every single year, more in a credit, just that alone, per child.” Under the proposed tax plan, the tax child credit would be raised from $1,000 to $1,600.

But potential future savings are not the same as more immediate financial relief to families who depend on receiving the $13,570 tax credit. According to the Child Welfare Information Gateway of the U.S. government’s Children’s Bureau, adopting through private agencies can cost between $20,000 and $45,000.

Some members of Congress have hinted that credit may be restored in a future version of the bill. Yesterday, Rep. Jeff Fortenberry, a Republican from Nebraska who was one of a handful of U.S. legislators at the Vatican in August for a global meeting of Catholic lawmakers, tweeted the following:

We are making important progress on including the Adoption Tax Credit into the recent tax proposal.

Additionally, a reporter for the news site Independent Journal Review tweeted on Thursday that “a source” assured her that the credit will be “safe” in the Senate’s version of the tax bill.

I often find myself wondering what happened along the way to make Ryan what he is. This is a man who ate every day thanks to social programs. Tax dollars paid for his education. Yet he spends his every waking moment dreaming of new ways to strip dignity from the working poor, Totally amazing.

If they get this bill passed and we start swiming in red ink, Ryan will say we have a serious debt issue here, we have to cut expenditures. Time to cut Medicare and medicaid...something he always wanted to do.