Should Confederate statues in public places be destroyed? 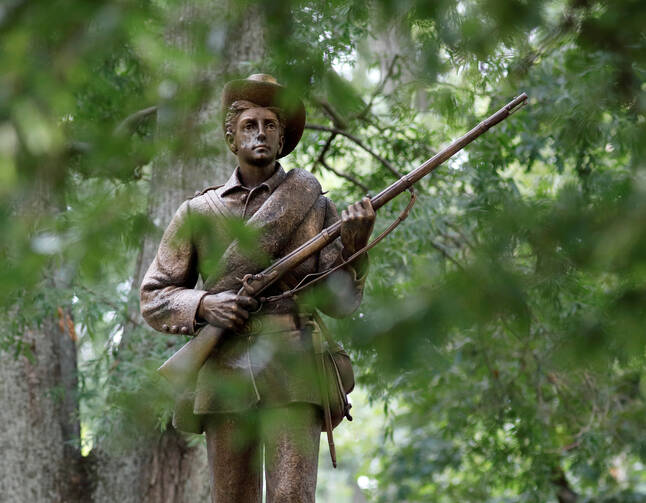 When asked how Confederate statues in public spaces should be treated, 23 percent of reader respondents told America that these statues should be destroyed. One reader said,“[Today] these statues are symbols of white supremacy being used to bring together hate groups. They must come down.”

Alternatively,10 percent argued for more historical context to be added to plaques on statues, and 6 percent said that Confederate statues in public spaces should be left alone. Henry Lance of Clover, S.C., chose the latter option because he doubted that removing the statues would change anything. “Removing the statues will not remove the hate that now abounds in the corners of what seems to be every heart,” said Mr. Lance.

The majority (62 percent) of America’s reader sample told us that Confederate statues should be removed from public spaces and moved to new locations, like museums or cemeteries. “While they are odious, destroying the statues outright is like trying to sweep our racist past under the rug. If they go into museums, we can’t pretend they never existed,” said Lyn Belzer of Baltimore, Md. From California, Rachel Pickett also selected this option. “Statues in public places are treated like monuments, a way to remember what we value,” she said. “The Confederacy told us explicitly...that the Civil War was about slavery. Slavery is our national shame, not something we value. Statues of Confederates should be in museums, where we can go to learn about our country’s mistakes.” 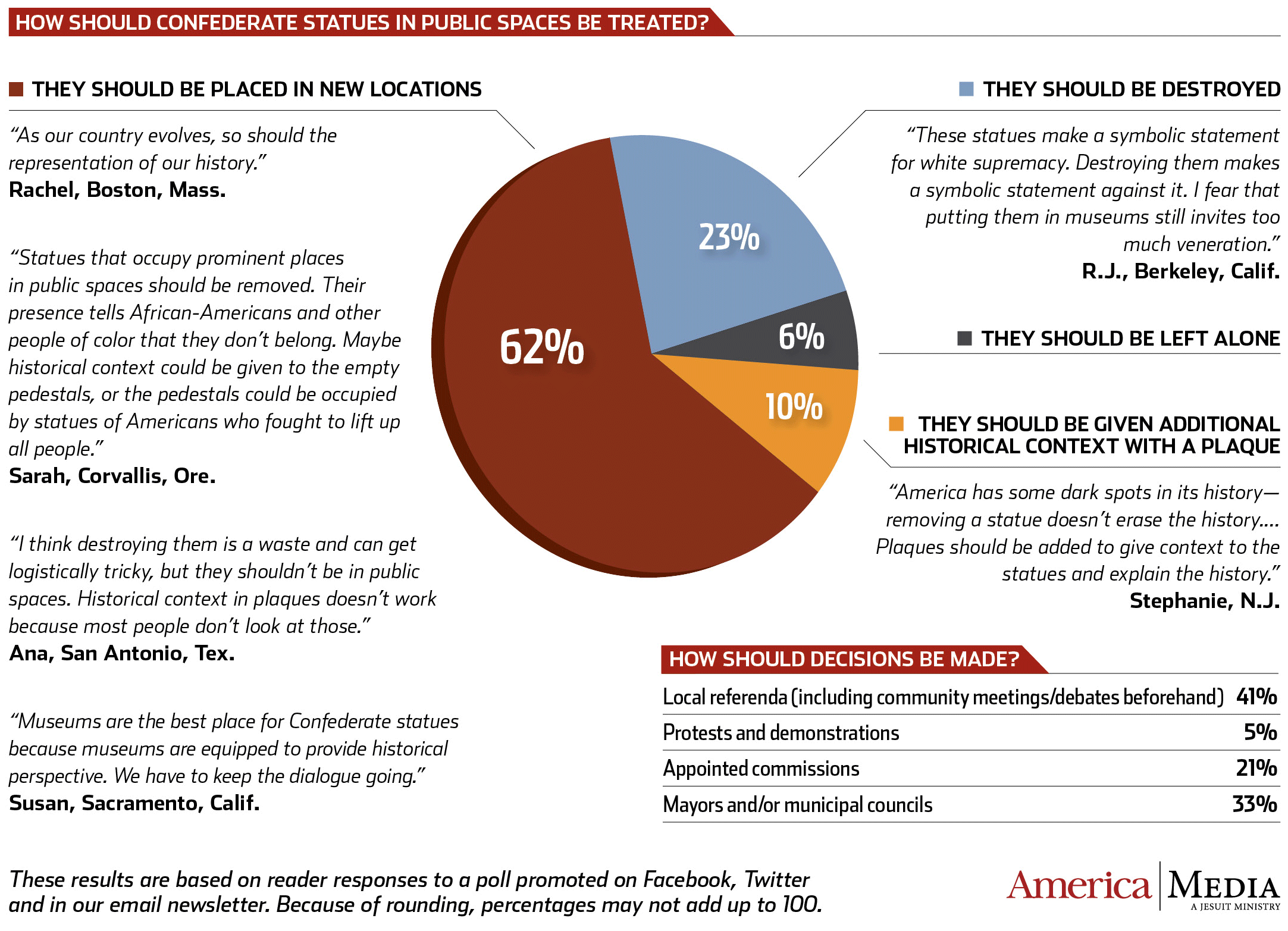 Hello buddy if you are in the search of some free game then here on our website https://playfreecellonline.net you will play free cell online card game this is an amazing and polar game on internet people loves to play this game because of its amazing tricks you must like to play this game for better card game experience.