Is voting a public or a private act? (Your ballot is not as secret as you think) 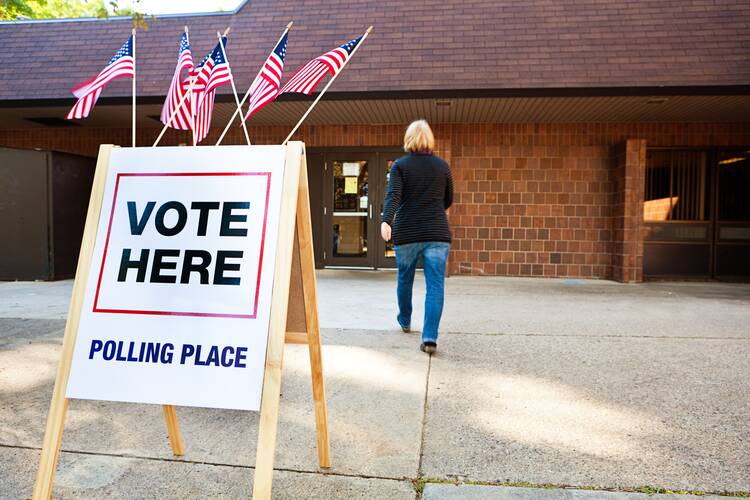 Winston Churchill opined, “My idea of it [democracy] is that the plain, humble, common man...goes to the poll at the appropriate time, [and] puts his cross on the ballot paper. [T]his man, or woman, should do this without fear, and without any form of intimidation or victimization. He marks his ballot paper in strict secrecy.”

Voters of all ages, from those nostalgic for curtained voting booths to those comfortable with online voting, may be dismayed to learn that the U.S. Constitution does not guarantee the right to a secret ballot. In fact, voting during the first 100 years of our nation was a very public matter. Much like contemporary participants in political party caucuses, voters were required to voice their electoral choices. Australia is credited with enacting the first voter privacy laws designed to combat the corruption and undue influence engendered by public voting. Private balloting was first introduced in the United States in 1888.

Voters of all ages may be dismayed to learn that the U.S. Constitution does not guarantee the right to a secret ballot.

In 2017, Donald J. Trump garnered bipartisan criticism when his Presidential Advisory Commission on Election Integrity requested voter information from state election commissions that included full names and addresses, birth dates, partial Social Security numbers, party affiliation, felony convictions, military status, overseas citizen information and voting history (meaning whether, not for whom, a person voted). The stated purpose of the commission is to enhance confidence and deter fraud in federal elections, but critics contend the effect, and even the actual intent of the commission, is voter intimidation.

Democratic Senators questioned why the committee is focusing on gathering information about U.S. citizens rather than cyberthreats from foreign governments. Mississippi’s Secretary of State put it more colorfully: “They can go jump in the Gulf of Mexico and Mississippi is a great State to launch from. Mississippi residents should celebrate Independence Day and our State’s right to protect the privacy of our citizens by conducting our own electoral processes.”

Public access varies from state to state and runs the gamut from Ohio’s free publicly accessible online database, which lists the names, addresses and party affiliations of registered voters, to Illinois’s ban on the public release of voter information. (It should be noted that Ohio provides a mechanism for domestic violence victims to remove their addresses from the list.)

Several lawsuits have been filed challenging the authority of the Presidential Advisory Commission to request and store voter information. Challenges based on the E-Government Act, which requires federal agencies to conduct a privacy impact assessment prior to gathering identifying information, were dismissed because the commission is not an agency; an appeal is pending. At least one other lawsuit alleges the commission is racially motivated and discriminatory.

Who gets to vote, and how?
Ellen K. Boegel

Regardless of whether the commission’s information gathering is legitimate, the realization that old-fashioned voter intimidation can be combined with electronic-age cyberhacking is enough to deter some citizens from exercising their right to vote. It has been reported that the New York League of Women Voters “has received many phone calls from individuals wishing to ‘unregister’ themselves and remove themselves from the state voter database in order to remain anonymous to the commission.’’

For many of us, the horse is already out of the barn. Our information has been or soon will be made available to the commission, but we should not despair. We can lobby our federal and state legislators to improve privacy protections for future voters or we can agree with Justice Antonin Scalia, who espoused a fearless electorate:

Requiring people to stand up in public for their political acts fosters civic courage, without which democracy is doomed. [A] society which...exercises...democracy...hidden from public scrutiny and protected from the accountability of criticism...does not resemble the Home of the Brave.

What fear? If I was a member of the Democratic Party, I would welcome the investigation because according to my party's assessment illegal voting is insignificant at best. Please tell us how this is a voting intimidation effort. If anything it will energize people to go out and vote as people are notoriously indignant when someone tries to take a right away.

So why the protest against something that will work to my advantage?

By the way, how is my vote not secret? The headline seemed to have the purpose of scaring the reader. Is this part of the scare and shame that is present in so many articles we see? Did Ms. Boegel write the headline or did an editor because it doesn't match the content?

I think most people assume that their ballot is private. The way that mailed-in ballots are packaged in my state seems to ensure that one's vote is secret. Voter registration information may not be, but that information is available in many other places. The problem with making it available to Trump's voting commission is that it will be available in a single place and much more vulnerable to hacking.

Trump and the Republican party are doing their best to eliminate voting rights for minorities and those who are likely to vote for Democratic candidates. In this, they are trying to change the USA to an oligarchy or a dictatorship. All of this is so sickening that it is hard to even contemplate. The only good that is likely to come from this administration is the development of resistance to lies, hate and evil. Good people may realize that they don't have the option of remaining silent and passive.