Donald Trump should be making more decisions in the military 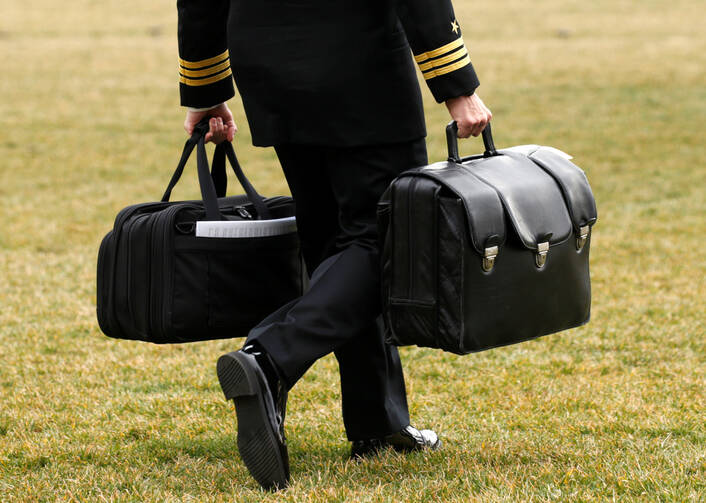 Donald J. Trump said on the campaign trail that the generals “don’t know much because they’re not winning.” But as president, he has given these generals “total authorization” to carry out the United States’ wars. In June the Pentagon quietly announced that President Trump had delegated to Secretary of Defense James Mattis authority to send thousands of American troops to Afghanistan, where the Taliban has regained the initiative and threatens the survival of the U.S.-backed government of Ashraf Ghani. This followed a decision in April to allow the Pentagon to set troop levels in the fight against the Islamic State in Iraq and Syria.

Those who distrust the president’s temperament and judgment may be relieved that Mr. Mattis, a retired Marine Corps four-star general who enjoys widespread bipartisan support, is giving the orders on the battlefield. It would be imprudent, however, to so quickly disregard the United States’ tradition of having civilians in control of the military.

There is a difference between the delegation of duties and an abdication of responsibility. Generals who welcome a longer leash after years of what some considered to be micromanagement under the Obama administration would do well to recall Mr. Trump’s lashing out at his own Justice Department when things were not going his way in the courts. How might this detached and impulsive president react to a botched operation or failure to turn around a war that, in the words of General Mattis, we are “not winning”?

The Editors: Trumpcare bill is closing the door to democracy
The Editors

Donald Trump’s sins are our sins, too, and impeachment won’t absolve them
Zac Davis

More important, no amount of flexibility on the ground can replace an achievable strategy. Any credible strategy for even partial victory in Afghanistan will require coordination between agencies and the buy-in of the American people—both of which fall under the purview of the president. Unfortunately, there is little evidence that our commander in chief, like the Congress and the country he leads, takes seriously his duty to provide civilian oversight of military operations.

The discussion in this editorial leaves unclarified the policy objective that any strategy would be expected to achieve. The discussion about which branch of government should make which decisions with regard to strategy presupposes that the desired end-state is well enough understood so that the constitutionality and, indeed, the feasibility of any proposed strategy can be evaluated. If the editors understand it, please explain it.