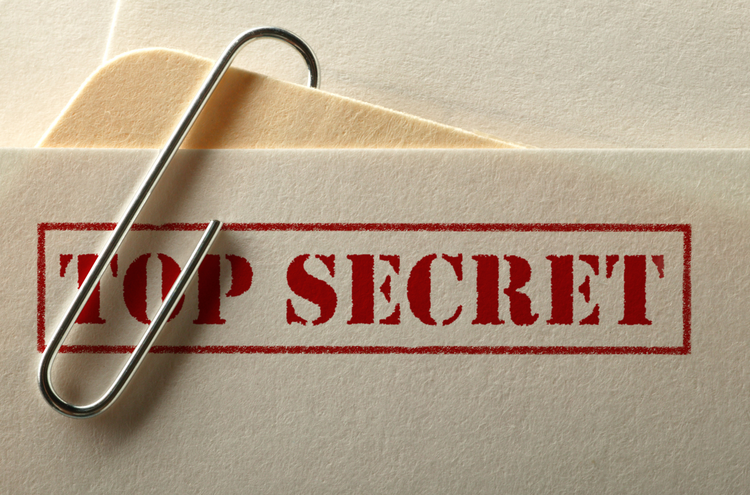 Last week I took a tour of the Eisenhower Museum and Library in Abilene, Kan. It was the 73rd anniversary of D-Day, and I was lucky enough to see some of the library’s most precious documents related to it, including the notes of the meeting where it was decided to launch the June 6 assault on Normandy. The last document was not declassified until 1973, though once the war was over there was nothing that would appear to make it particularly sensitive information. It listed the names of the officers and what they discussed (the weather).

The library continues to receive newly declassified information related to President Eisenhower’s military career and presidency. One of the new acquisitions mentioned by staff was a notation in Mr. Eisenhower’s diary of the 1953 C.I.A. coup that overthrew Iranian prime minister Mohammad Mosaddegh. The coup has hardly been a secret, so why it took 60 years to release this mention of it is mysterious. But the government moves slowly to declassify documents, documents that in many cases should never have been classified at all.

The misclassification of government documents has caught people up in phony scandals costly to them and to the public at large.

It is a problem that has only grown worse over time. According to an article written a few years ago by Nate Jones, the Freedom of Information Act coordinator at the National Security Archive, there are literally trillions of government documents that could be released without harm. Mr. Jones notes that in 2012 alone there were 95 million decisions to classify U.S. documents.

“There are so many new secrets created, and so few old secrets released, that the runaway U.S. classification regime has become a menace to American democracy,” he writes. He adds that a key revelation of Edward Snowden’s leaks is that “classification is the tool that the executive branch uses to enact policies without public discussion, or consent.”

Part of the reason government secrets have ballooned is that government employees are incentivized to classify records—a decision to keep information unclassified can come back to haunt an employee but not so the reverse. The system is irrational and confusing because the same documents that are classified in one file are not always classified in another. Even a document available on the internet can be classified as “top secret,” yet courts have refused to acknowledge the discrepancy in how documents are treated as a defense when people are charged with leaking classified information.

Pious prosecutorial talk aside, there is nothing sacred about bureaucracy.

The misclassification of government documents has caught people up in phony scandals costly to them and to the public at large. Hillary Clinton is probably the best-known person accused of mishandling classified information, but if she paid at the polls for this last fall, others have paid with fines and jail time. The most recent American to be charged is Reality Winner, a 25-year-old contractor for the National Security Agency arrested last week in Augusta, Ga., for leaking an N.S.A. document indicating Russian meddling in the 2016 election to Glenn Greenwald’s online magazine The Intercept. The document describes cyberattacks by Russia’s military intelligence unit, the G.R.U., on an American company selling voter registration software and on 122 local election officials.

Within an hour of the story going public, Ms. Winner was arrested and charged under the Espionage Act with leaking classified information. She is being held without bond in jail until her trial. She was in leg shackles and an orange jumpsuit as she pleaded not guilty in U.S district court to illegally retaining and transferring national defense information. Contrast this with the treatment of other people accused of more consequential crimes who are free and out on bail pending trial. Ms. Winner did not kill anyone; she did not assault anyone; she did not defraud anyone. Whatever motivated her, she was not venal; she did not release information for money. Unfortunately, under the Espionage Act, passed during World War I, her motivations for leaking classified information will not be considered pertinent at her trial.

A culture of secrecy breeds abuses of power by officials unconstrained by the need to be transparent to the public they serve.

But those motivations are pertinent, just as it is pertinent to know the harm or benefit to the public of publishing the information she gave The Intercept. Is there any reason why the American public should not know of these two specific instances of Russian hacking? Given the investigation underway in Congress of Russian efforts to influence our election, the secrecy seems pointless.

What the Wells Fargo scandal and Edward Snowden have in common
Ellen K. Boegel

Like Edward Snowden, Reality Winner appears to be young, intelligent and idealistic. Many both in and out of government would say, correctly, that it was not their job to decide whether the classified information they had access to should be made public, that government becomes unworkable if laws regarding the disclosure of information are flouted. True enough, but the disclosures made by Mr. Snowden and Ms. Winner underscore that a system wherein government documents are randomly and arbitrarily classified and kept from the public, irrespective of necessity or public benefit, invites outrage and exposure. Pious prosecutorial talk aside, there is nothing sacred about bureaucracy, particularly bureaucracy that has become its own raison d’être or has usurped the role of elected officials.

A culture of secrecy breeds abuses of power by officials unconstrained by the need to be transparent to the public they serve. In an environment where the public knows less and less about the operations of their government, contractors revealing classified information of legitimate interest seem less like scofflaws than patriotic public servants whose actions signal a pressing need to reform how government information is treated. A rational classification system that respects and reinforces the public’s right to know would produce fewer secrets, fewer lawbreakers and more trustworthy government.

Agree. Chelsea Manning was sitting at a computer in Iraq for 10-12 hours a day, reading real time reporting of what was really going on out in the streets and battle grounds. But the people of America didn't have a clue. Why are these "secrets" so necessary? What are we hiding? Isn't it about time we woke up and started telling the truth?