Pope Francis will meet with Venezuela bishops as crisis deepens

Pope Francis will meet with Venezuela bishops as crisis deepens 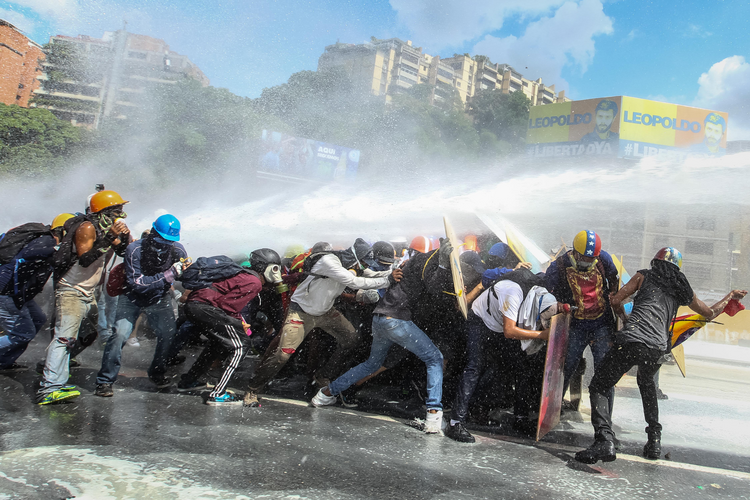 Pope Francis will receive the president of the Venezuelan Bishops Conference at the request of conference members in the Vatican on June 8 to discuss the dramatic situation in that South American country.

The meeting, which was announced on June 5 by the Vatican spokesman Greg Burke, comes in the midst of an ongoing national crisis in Venezuela marked by daily protests that have lasted more than 70 days and by acts of repression from the forces of President Maduro’s government. More than 60 people have been killed during the protests as conditions in this polarized society have become more explosive.

Many average Venezuelans now struggle to find something to eat, according to Caritas Venezuela. The church’s relief and development agency also denounced the fact that 11.4 percent of children under 5 in Venezuela now suffer from acute malnutrition.

Many average Venezuelans now struggle to find something to eat.

Venezuela’s cardinals—Jorge Urosa and Baltazar Porras—will also join the delegation for its meeting with the pope and senior Vatican officials.

The delegation is expected this week in Rome. Its members are expected to meet with the Vatican secretary of state, Cardinal Pietro Parolin, who served from 2009-2013 as nuncio in Venezuela; with the secretary for relations with states, Archbishop Paul Gallagher; and the substitute in the Secretariat of State, Archbishop Angelo Becciu. The members of the Venezuelan conference are likely also to meet other Vatican officials, as well as the leadership of Caritas Internationalis and the Venezuelan-born father general of the Jesuits, Arturo Sosa, if he is in Rome this week.

Pope Francis has been following developments in Venezuela for a long time. On April 30 he expressed great concern at the deteriorating situation there and appealed to the government and the opposition to avoid violence, to respect human rights and to seek a negotiated solution to the crisis that is destroying this oil-rich nation of almost 32 million people.

Some days later the pope wrote a letter to the country’s bishops, emphasizing the urgent need “to build bridges” and to engage in “serious dialogue.”

Last year, he sent a former Vatican official, Archbishop Claudio Maria Celli, as his special envoy to the country to serve as facilitator to the dialogue between the government and the opposition, but the mediation collapsed. At the end of April, on a return flight from Egypt in response to a question from a journalist, Pope Francis again expressed his willingness to play a mediation role in Venezuela if “the necessary guarantees” exist. He did not elaborate further. Many are now watching to see if this week’s summit will lead to further action by the pope.