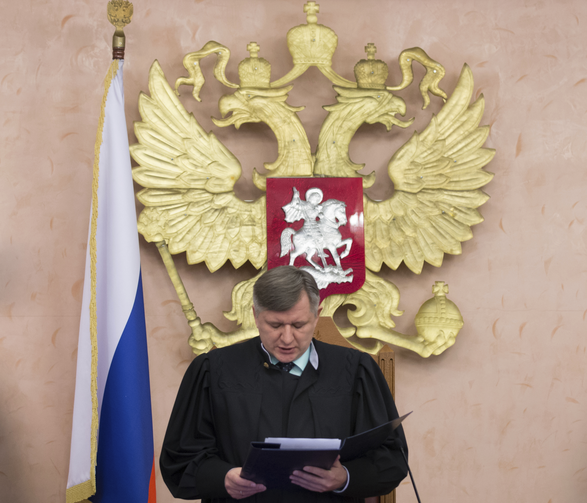 Russia's Supreme Court on Thursday banned Jehovah's Witnesses from operating anywhere in the country, accepting a request from the justice ministry that the religious organization be considered an extremist group.

The court ordered the closure of the group's Russian headquarters and its 395 local chapters, as well as the seizure of its property.

"They pose a threat to the rights of citizens, public order and public security," she told the court.

Yaroslav Sivulsky, a spokesman for Jehovah's Witnesses in Russia, said in a statement they are "greatly disappointed by this development and deeply concerned about how this will affect our religious activity."

Jehovah's Witnesses said they would appeal the ruling.

Jehovah's Witnesses claim more than 170,000 adherents in Russia. The group has come under increasing pressure over the past year, including a ban on distributing literature deemed to violate Russia's anti-extremism laws.

President Trump's ties to Russia matter. Here’s why.
Matt Malone, S.J.
"The Supreme Court's ruling to shut down the Jehovah's Witnesses in Russia is a terrible blow to freedom of religion and association in Russia," said Rachel Denber, deputy Europe and Central Asia director at Human Rights Watch.

The rights group also expressed concern that if the ruling takes effect, Jehovah's Witnesses could face criminal prosecution and punishment ranging from fines to prison time.