If Scotland leaves the U.K., will Northern Ireland be next? 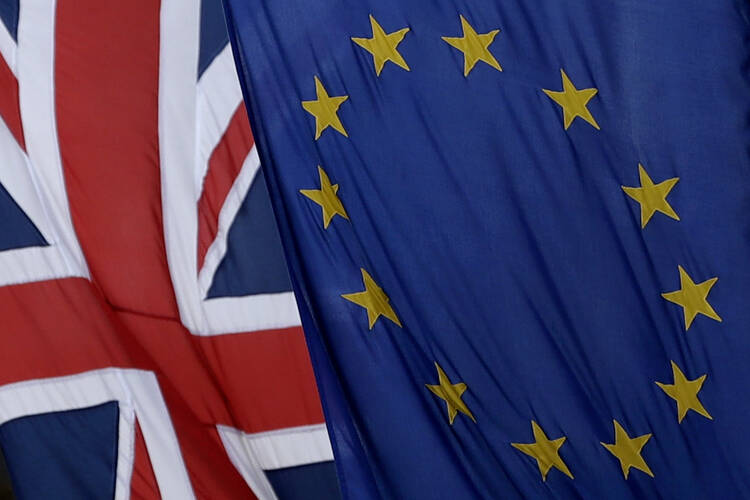 It is said that forthcoming events cast their shadow. Right now, those shadows suggest the United Kingdom will break up—perhaps not imminently but at some point in the not-too-distant future.

In 2014, the breakup looked at hand. Then, after the first Scottish independence referendum, the union survived. But something fundamental has changed.

The union might yet survive Scotland’s next referendum. It was just announced, to nobody’s great surprise, for late 2018 or early 2019, although the London government voiced its opposition to the vote. Less immediately, an inescapable centrifugal force is at work that will disintegrate Britain eventually. At the same time, on the western horizon, it is looking more likely that the island of Ireland will become a single state, with Northern Ireland seceding from Britain and joining the southern Republic. Each forecasted outcome would have been mocked only a few years ago—yet today, neither is unthinkable.

If the end of Britain seems a credible scenario, it is partly because of recent political developments in all four of our nations. But a longer-term process has been less visible and more significant. The recent developments are, like so much else of our current public life and conversation, spring from the Brexit vote. But that longer-term picture reveals the slow and steady breakup of the old British Empire, the final stage of which will be the inevitable rupture of the four-nation union itself.

You could choose several possible moments at which the sun began to set on the British Empire.

This gradual disintegration is less a matter of polemics or advocacy than of an observable centrifugal process. You could choose several possible moments at which the sun began to set on the empire. The independence of India in 1947 caused the fatal first fissure. The decades that followed witnessed frequent withdrawals as the old empire shrunk and the Union Jack was ceremonially run down. Hong Kong is the most recent and spectacular example, as red ink became for printers of world atlases redirected toward pages about the Soviet Empire. Go back a few decades, and remember the painful struggle that led to self-determination for part of Ireland and the problems thrown up by partition. In our time, Australia may soon revisit its constitutional settlement and lean again toward becoming a republic.

Today, while spring might be springing, much of life here in Britain is chilly under the shadow of Brexit. By the end of the month, Prime Minister Theresa May is set to trigger Article 50 of the Lisbon Treaty, which will begin official negotiations for the United Kingdom’s departure from the European Union. Brexit looms over the renewed question of Scottish independence. The announcement by the Scottish first minister, Nicola Sturgeon MSP, of a second independence referendum was made confidently, her government having calculated that enough had changed since October 2014 to warrant the move. Ms. Sturgeon currently has the advantage because, to Edinburgh’s barely concealed delight, Ms. May formally ruled out another referendum for the time being. This was seen by many in Scotland as a reassertion of London’s undemocratic domination. Neither leader, for the moment, is blinking.

Much of life here in Britain is chilly under the shadow of Brexit.

The Scottish Nationalists justified their call for a referendum by pointing to the 62 percent of voters in Scotland who backed remaining in the European Union. Brexit supporters have made much of the notion of repatriating British sovereignty from Brussels—“We want our country back!”—but the outcome has been polarization and disharmony that may well lead to the end of the United Kingdom.

Northern Ireland’s recent elections saw the nationalist/republican vote come a hair’s breadth behind the unionists, thus reopening the reunification question. Voters in the Six Counties also rejected leaving Europe. Northern Ireland hardliners, having cleaved to their Britishness for generations, might well begin to think again. That aspect of the United Kingdom’s disintegration would likely take longer than Scotland’s departure, but it might happen. Few in the North want to see a return to a hard border with the Republic; reunification, for reasons having to do with prosperity rather than tribal identity, would deal with that problem at a stroke.

Trump's state visit to United Kingdom debated as hate crimes are up in London. Is Brexit to blame?
David Stewart

Brexit has given expression to England’s desire for independence from the political status quo. Scotland wants to remain in that arrangement, perceiving the benefits of the single European market that much of England disregarded—even if the cost of doing so is leaving the archipelago’s own political and economic union, one that has lasted with little acrimony, until recently, for 300 years.

There would have been a time when the end of Roman Britain and of the Roman Empire would have seemed unimaginable and worth only the mockery that, even a year ago, talk of an independent Scotland and a seceded Northern Ireland would have drawn. In the long reign of Victoria, the idea of an independent self-governing India was not worth wasting breath on; Brits would have felt the same about the American colonies, but the Massachusetts minutemen changed their minds for them. Now the centrifugal dynamic will inexorably continue; historical inevitability and the political blunder of Brexit will combine to shatter the four-nation state it was meant to preserve.

One wonders what the storied, magnificent men and women in the pantheon of Irish independence fighters down through the centuries would think and say were they to encounter the reality of Northern Ireland uniting with the Republic as a consequence of Brexit. Yes, God works in mysterious ways but the labyrinthine ways of History can also be mind-numbing and perplexing.