Outrage in Britain as unaccompanied migrant children are abandoned 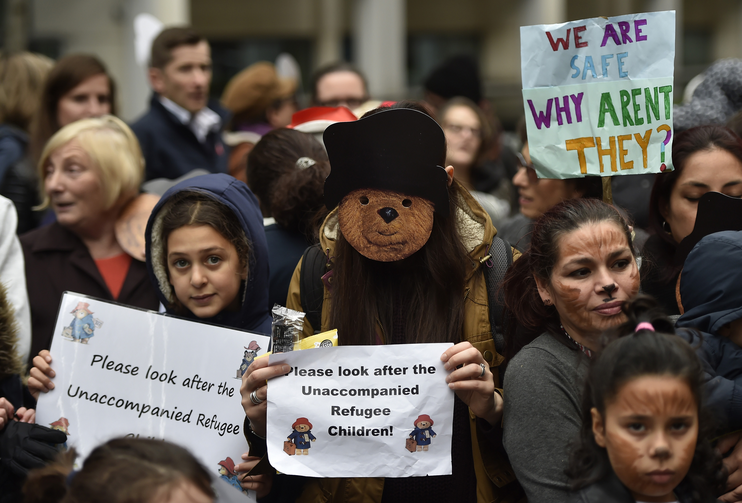 The name Alf Dubs might evoke a London street character straight out of Dickens—an amiable rogue, perhaps, but one to be watched, with a few artful dodges up the sleeve of his frayed frock-coat. Not so the real one; Baron Alfred Dubs is a Labour Party member of the U.K.’s unelected second chamber, the House of Lords. He formerly served as an elected member of Parliament for an inner London constituency for eight years.

Czech-born in 1932, Mr. Dubs came to Britain via the “Kindertransport” initiative that saved 669 mainly Jewish children as the Nazis invaded what was then Czechoslovakia. That bold enterprise was led by one Nicholas Winton, unacknowledged until recently and now described as Britain’s Oskar Schindler.

Lord Dubs, now an octogenarian, still inspired by the work of his rescuer Winton, has been prominent again in recent weeks as a thorn in the side of the ruling Tory government, helping to animate opposition to the mean-spirited policy toward Europe’s refugee children, many of whom lived in the now-demolished “Jungle” camp near Calais. This is no slight fictional character but a man who knows from his life experience what a better and more compassionate Britain can look like when it tries.

"It would be shameful if the U.K. followed suit by closing down this route to sanctuary for unaccompanied children just months after it was opened.”

Lord Dubs, a noted humanist, has taken up the cause of these children thus ensuring that their situation does not get forgotten. Churches, too, around the land have continued to plead their cause.

Fury was the response among many when the government chose to renege on its commitment to bring in 3,000 refugee children. Parliament had added the so-called Dubs Amendment to its contentious Immigration Act, a sop for humanitarians on a measure that overall sought to toughen sanctions against illegal immigration. The Act was viewed as an excessively harsh crackdown—although there was no shortage of voices roaring for further clampdowns.

The amendment committed government to admit a number of unaccompanied refugee children to the United Kingdom in consultation with the local authorities that would be responsible for their accommodation and care. The acceptance of the Dubs Amendment led many to believe that 3,000 children would be able to reach safety here, although the legislation does not precisely mention a number.

But now, the total number of beneficiaries remains in only the low hundreds. Some estimates suggest that there could be as many as 90,000 unaccompanied refugee minors scattered across Europe.

The mayor of the northern French littoral city of Calais, which had unwillingly hosted the storied Jungle settlement, has recently issued an order banning voluntary groups from distributing food to refugees still nearby. After the dispersal of its former residents following the closing of the Jungle, recent reports suggest that growing numbers are, somehow, making their way back to Calais from across France and further afield in Europe. In the background, although “news fatigue” means you do not hear much about it, there are still numbers trying to cross the Mediterranean, and there are still people drowning in the attempt.

Amber Rudd, who succeeded Prime Minister Theresa May as home secretary (Britain’s interior minister) on the latter’s elevation to the top job, has told Parliament that the migration program was actually “a magnet for people traffickers” and that the government had decided to avoid “incentivizing” migration.

The criminal activities of the traffickers are, therefore, subliminally being linked to the people seeking sanctuary and safety. It is all too easy to stigmatize these desperate people, very often fleeing for their lives, as criminals by such less-than-subtle insinuation. One wonders what those young refugees across the channel might experience, and how far short it would be from their expectations, if they ever get here.

Lord Dubs, as reported by BBC News, responded to this governmental decision thus: “Britain has a proud history of welcoming refugees. At a time when Donald Trump is banning refugees from America, it would be shameful if the U.K. followed suit by closing down this route to sanctuary for unaccompanied children just months after it was opened.”

Trump's state visit to United Kingdom debated as hate crimes are up in London. Is Brexit to blame?
David Stewart

Some in the United Kingdom are wondering if the hostile aggression toward refugees that we are seeing from the new U.S. administration is encouraging the May administration to adopt its hard-line attitude. Also noted is how xenophobic attitudes are growing across the continent and that those who hold them got a massive boost when a kindred spirit took charge in the White House.

Acceptance of refugees gets separated from its moral basis, be that explicitly Christian or just out of plain human generosity and concern. Refugees get portrayed as ones who will contaminate your society and culture rather than enrich it and evoke the best of your humanity.

That is what the young Alf Dubs experienced and has not ever forgotten across a long lifetime. He knows that Britain is better than that. The government’s shameful closure of the scheme that bears his name suggests that they do not share his good opinion.

Can America Magazine tell us how these Children end up so far from home ?

Are Smugglers promising their parents that they will find a place for
them in Europe at a hefty price ?

Who is going to raise these children ?