Is America great? It's complicated.

Is America great? It's complicated. 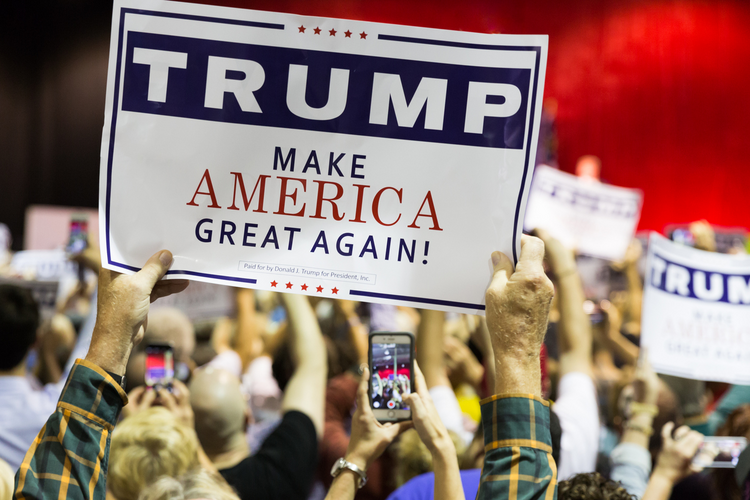 President Donald J. Trump’s campaign promise to “Make America Great Again” helped him to win the election. Now that Mr. Trump is in office, we decided to ask our readers two questions about the United States with this language in mind: Is America great? And if so, what makes America great?

In response to our most popular reader poll to date, a mere 6 percent of readers told us that America is not great at all. Readers in the 18-to-33 age bracket were most likely to say America is “not great,” while no respondents over 80 chose this answer. Michael Lando of Brooklyn, N.Y., explained his choice. “America is not great but has the potential to be,” said Mr. Lando. “We have never come to terms with our history: the genocide of native people, slavery, Jim Crow, the mistreatment of immigrants, the second class status of women and so on.”

The majority of poll respondents were split between two answers to the question “Is America great?”: “yes” (46 percent) and “it’s complicated” (48 percent). These two camps both saw greatness in their country and drew special attention to democratic institutions and the principles of freedom and diversity when providing their answers.

In contrast to the “no” category, readers over 80 were most likely to choose the “complicated” option. One such reader from Pennsylvania wrote: “I believe America always has strived for true greatness and only partially achieved it.” Turney Gratz from Michigan also belonged to the “complicated” group. “I am both proud and yet hopeful that we can admit to our shortcomings and never be satisfied as we continue to seek to address our problems,” Ms. Gratz told us. “I think we're called to make the kingdom a reality.”

“America has always been great for some but not for all.”

Readers in the 34-to-57 age group were most likely to answer “yes” and, despite their clear-cut response, they also gave varied, nuanced explanations. From New Jersey, Catherine Pavelec drew attention to how immigrants contribute to this greatness. “We were founded by immigrants. The current administration is, I believe, the most dangerous threat to American greatness in our history.” Jill Caldwell from Montana highlighted the value of free enterprise in making America great. She also wrote, however, that “America has always been great for some but not for all.” 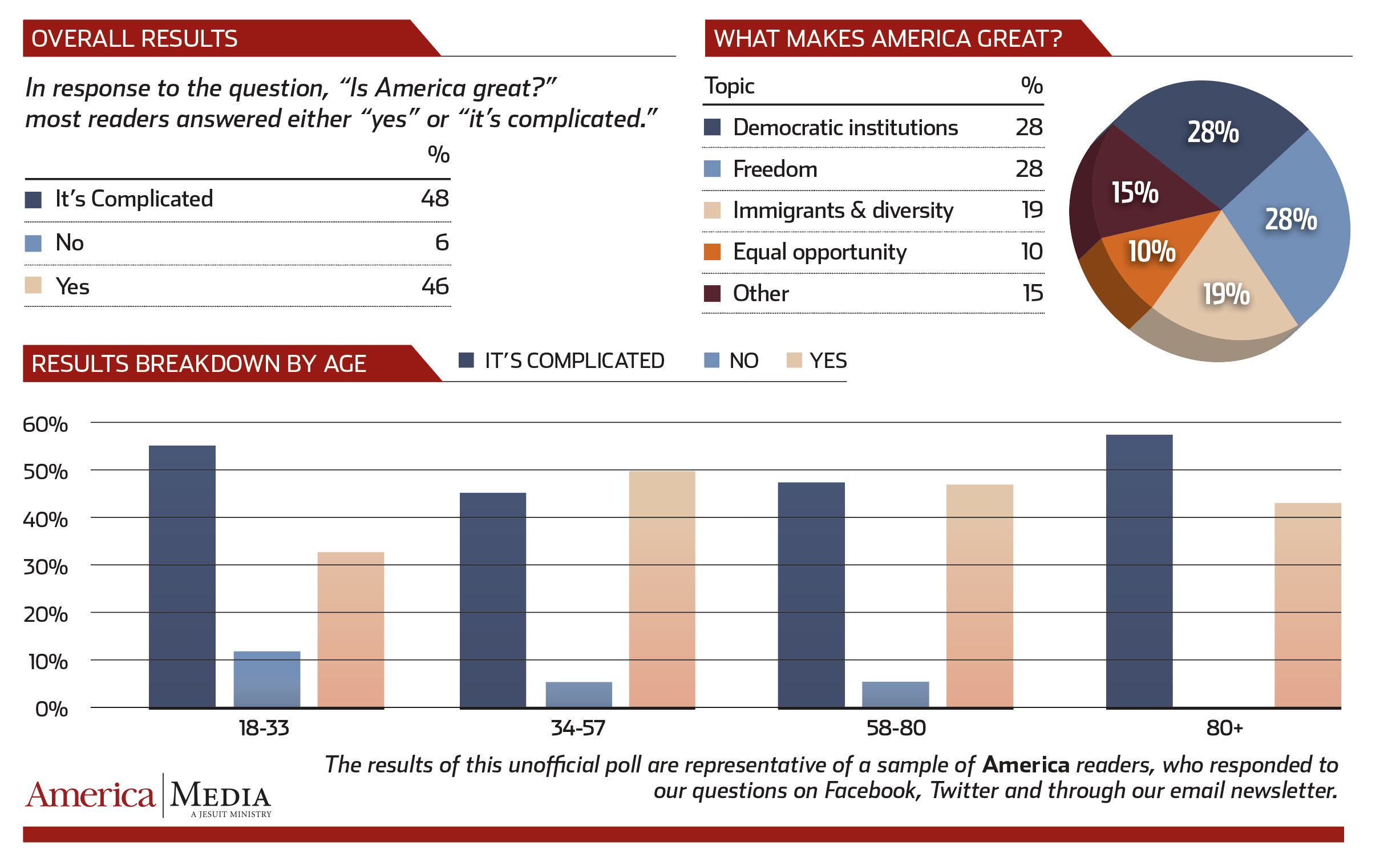 In the last few issues of America in the "Your Take" section, data is published on selected topics. Is there some reason the number of respondents is never reported? In this piece you state that this was your "most popular reader survey to date." How many readers responded? 50? 500? 5,000? Usually, the larger the sample, the more generalizable the findings are to the larger population.

This article also appeared in print, under the headline “Is America great?,” in the March 6, 2017, issue.