A hasty Obamacare repeal would be ‘devastating’ for the poor 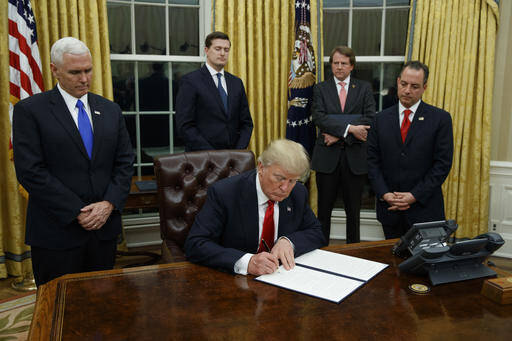 By following through on their promise to repeal “Obamacare” immediately, Republican lawmakers and the new Trump administration are engaging in reckless political theater. The Affordable Care Act is not without its flaws, and the U.S. bishops were right to resist threats to religious liberty posed by the law. But Obamacare has expanded health care to millions of people, and the church should be equally vocal in its defense of the principle of universal health care. On Jan. 18, Bishop Frank J. Dewane sent a letter calling on members of Congress to consider the millions of people who will be hurt if key provisions of the law are dismantled without a simultaneous replacement. Reform efforts must focus not only on controlling costs and protecting religious freedom but extending coverage to the poor, for whom, Bishop Dewane writes, “the introduction of great uncertainty at this time would prove particularly devastating.”

The editors are engaging in reckless political theater by claiming that the Republicans will repeal Obamacare without a replacement. They must know what they are claiming is wrong.

Instead of jumping to irresponsible conclusions and casting criticism on what has not happened, the Editors would be wise to wait to see what legislation gets implemented. Trump has already said he does not want to repeal the ACA or ObamaCare without a replacement plan. It will be months before various replacement plans are proposed, analyzed, debated and voted on. This process will not be easy and, more importantly, a replacement plan will not be perfect. On the other hand, ObamaCare is collapsing under its own weight.

As a professional expert who has spend more than 30 years in the healthcare benefits industry, it is a known fact that you cannot control costs, offer affordable care and give full access to everyone...without national health insurance where the Federal government will fully pay all the costs and all the subsidies. Such an option would bankrupt our ability to pay such a bill and require other government services to be significantly curtailed....not to mention the millions of jobs lost as the insurance industry, as we know it, would not exist.

In short, we will likely end up with another imperfect national healthcare law as a replacement to the ACA-ObamaCare. We will have to balance many factors, and everyone will not be happy with it. Nevertheless, we all hope it will be better than ObamaCare.

The Editors mentioned that ObamaCare has given the poor a subsidized healthcare plan. The Editors should recognize that this comes at a cost to a significant number of 'more Americans' who are footing the bill in terms of astronomical deductibles and rate increases which are becoming 'unaffordable' to them.

My guess is that few including the editors and people like myself understand the ACA. Though I did read

It sounds like the main beneficiaries are the poor who get subsidized and end up on Medicaid. The people who get screwed are those who don't have health insurance through their employers. This latter group is relatively small and are the ones bearing the brunt of the huge increases in insurance costs and large deductibles. It is not quite clear how many there are in the group. Say it is 5 million people. It looks like these 5 million people are being asked to subsidize the poor who are also getting subsides from the government. It is not quite clear who is subsidizing the lower income people.

There was this exchange between Tucker Carlson and Johnathan Gruber this week which was confusing and leads to my questions. Carlson is desperately trying to get Gruber to admit to some embarrassing things and Gruber is expertly evading.

Every other developed country in the world provides healthcare coverage to all of its citizens and at a lower cost than we are paying to cover only some of our citizens. The insurance industry has no incentive to control costs. Paying for healthcare through the insurance industry is the likely reason that we have such high costs. Losing jobs that provide no real benefit to the society would result in a temporary dislocation of workers, but would be beneficial in the long run.

That many would die as a result of repealing the ACA without replacing it is probably a matter of little concern to this administration. The health insurance exchanges received most of the attention, but other provisions of the ACA matter also. I learned only a couple of weeks ago that my employer-paid health insurance was made available to me because of a provision of the ACA. Those who have started a new job in the past 6 years may be unpleasantly surprised to learn that they will be without employer-paid health insurance if the ACA is repealed.

We simply need single-payer coverage for all, like other countries have.

Amen. No other nation on the earth has our system. we pay twice as much and don't get as good results. Medicare seems to work pretty well in our country. Get commercial insurance companies out of the business or just let them be disbursing agents for the government at a flat fee.