600 years of pain and resilience are on show at the new Museum of African American History. 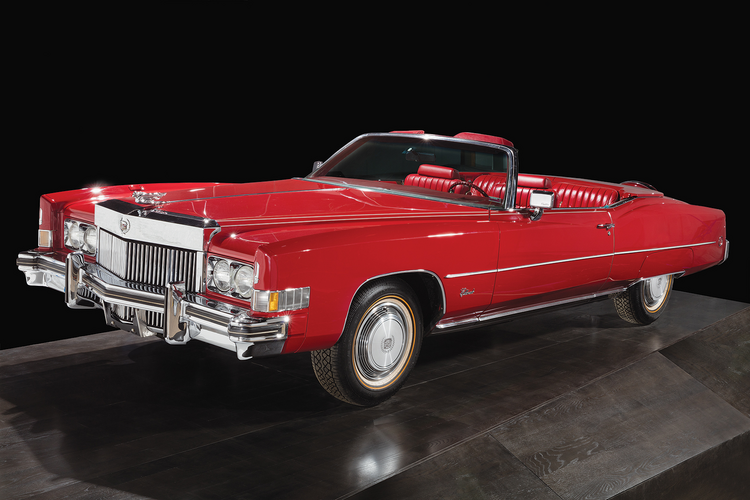 Before the transatlantic slave trade that began in the early 16th century and continued through the American Civil War, there were no people who identified as African-American. Nor did people of the different nations and regions of the continent of Africa think of themselves primarily as “Africans” but as members of cultures—such as the Mbundu people, under the politically astute Queen Nzinga. Like the queen, leaders from the different cultures conducted robust trading with the new nations of Europe. But with the emergence of a global economy, trade shifted from the exchange of things to the sale of people, identified by race and treated as commodities.

The harrowing story of these enslaved people, 12,500,000 of whom were forcibly shipped to the Americas, is told on the three floors of galleries below ground level at the impressive National Museum of African American History and Culture, which opened on the National Mall in Washington, D.C., last September. These floors are the museum’s aching but resilient heart, beginning on the lowest concourse with material on “Slavery and Freedom.” The Middle Passage of the slave ships crossing the Atlantic is unsparingly presented, followed by accounts of slavery in the different regions of the colonies up until the Revolutionary War, in which enslaved men served gallantly. The Federalist period through to the election of Abraham Lincoln and then the Civil War comes alive with memorable individual objects—the lace shawl Queen Victoria gave to Harriet Tubman, an 1835 bill of sale for a 16-year-old “Negro” girl named Polly (worth $600), Nat Turner’s well-thumbed Bible.

Next, the “Era of Segregation (1876-1968)” exhibit speeds through almost a century from the end of Reconstruction through the civil rights movement of the 1960s and the assassination of Martin Luther King Jr. The excellent exhibition designer, Ralph Applebaum Associates, has divided the story into meaningful chapters about the creation of a segregated society in which the 13th, 14th and 15th Amendments were countered by the Jim Crow laws that proliferated until the Civil Rights Act of 1964.

The final historical section, “A Changing America: 1968 and Beyond,” poses the question, “What are we to make of the last 50 years of progress and paradox?” Vivid images of movements like Black Power (and the F.B.I.’s surveillance of it) and the Black Arts Movement are followed by scenes from popular culture and the Poor People’s Campaign of the Rev. Ralph Abernathy, the growing influx of Caribbean and African immigrants, the stardom of Oprah Winfrey (who contributed $21 million to the museum and for whom its 350-seat theater is named) and the election of President Barack Obama in 2008.

While 60 percent of the museum’s gallery space is below ground, the glass-enclosed Heritage Hall, a large welcoming and orientation space, and the three floors floating above it give the museum its public image. The Ghanaian-British architect David Adjaye designed the upper stories in the shape of three inverted pyramids, one on top of the other. He then clad them with a “corona” of 3,600 lace-like panels, cast in aluminum and painted bronze, that are based on grillwork enslaved craftsmen created in 19th-century New Orleans and South Carolina. In strong sunlight the corona turns golden, while in shade it can appear very dark indeed—a not inappropriate signal for the story within.

The Community Galleries on the third floor above grade encompass a revealing exploration of the “power of place” through case studies of how African-Americans built their lives in environments as varied as Chicago and Tulsa, Okla., Oak Bluffs on Martha’s Vineyard and South Carolina’s low country. The fourth floor with its Culture Galleries offers unadulterated joy. If the sight of Chuck Berry’s cherry red Cadillac is not enough to stop you in your tracks, the music and visual art, the seemingly unlimited richness of black style and the excerpts from the creative achievements of African-Americans in theater, film and television will surely bring you almost to song. And the wonder is that Lonnie G. Bunch III, the museum’s founding director, was charged to collect all this material from scratch. He likes to say that when he started, 11 years ago, he “had nothing. No collections. No site. No money. No staff.” Today, it is a collection meant to keep growing indefinitely.

In these first months of its life on the Mall, with crowds still thronging to visit, the museum is at once a triumph and a test. Visitors black and white will be chagrined and not infrequently brought close to tears—at the sight of the small adjustable brass ring that the Rev. Alexander Glennie used to marry over 400 slave couples (for whom marriage was deemed illegal), for example, or before the small coffin of Emmett Till, the 14-year-old black boy who in 1955 was brutally beaten and then murdered for having supposedly flirted with a white woman. But the resilience, creativity, courage and nobility of the people chronicled in the building rises again and again to the surface.

Critics have already expressed their doubts. The museum’s ambition is to be encyclopedic, and encyclopedias all too often enshrine the past. The question is whether they can as expertly open and welcome the future as they preserve, celebrate or even mourn what has been. May Mr. Bunch find many allies for the cause going forward.

Meanwhile, in this exceptionally tense and stressful time in our republic’s history, I would urge any visitor not to miss one presentation in particular. It reverently recalls Mary McLeod Bethune, the educator and activist “First Lady of the Struggle” and a close friend of Eleanor and Franklin D. Roosevelt. Here you can listen to the speech she gave on NBC radio’s “America’s Town Meeting of the Air” in New York on Nov. 23, 1939, addressing the theme of “What American Democracy Means to Me.” “Democracy is for me, and for 12 million black Americans, a goal towards which our nation is marching,” she began. “It is a dream and an ideal in whose ultimate realization we have a deep and abiding faith.” And she concluded, eloquently evoking President Lincoln’s Second Inaugural Address:

We have fought to preserve one nation, conceived in liberty and dedicated to the proposition that all men are created equal. Yes, we have fought for America with all her imperfections, not so much for what she is, but for what we know she can be. Perhaps the greatest battle is before us, the fight for a new America: fearless, free, united, morally re-armed, in which 12 million Negroes, shoulder to shoulder with their fellow Americans, will strive that this nation under God will have a new birth of freedom, and that government of the people, for the people and by the people shall not perish from the earth.

As the historic presidency of Barack Obama comes to an end, our country is reminded that the African-American story continues to be written today. And as a new political era dawns, all who fight for a new America, “for what we know she can be,” march on.

Show Comments (
1
)
Comments are automatically closed two weeks after an article's initial publication. See our comments policy for more.
Henry George
4 years 4 months ago
When people say President Obama's Presidency was historic they usually say it is because he was our first African-American President. And he was as his father was African and his mother was American. But he, as far as I know, cannot claim any ancestors who were slaves and he was never seriously discriminated against because of his ethnic background. Oddly enough he was a 'safe" African American, as if the Irish before 1914 had petitioned England for some form of Irish Home Rule and the English sent over an man who had been born in Ireland but had a Protestant Irish Father and a English Mother. We have a very, very, very long way to go in this country if African Americans are to see true equality of opportunity, socio-economic positions. Patting ourselves on the back over electing President Obama is not going to get the job done.