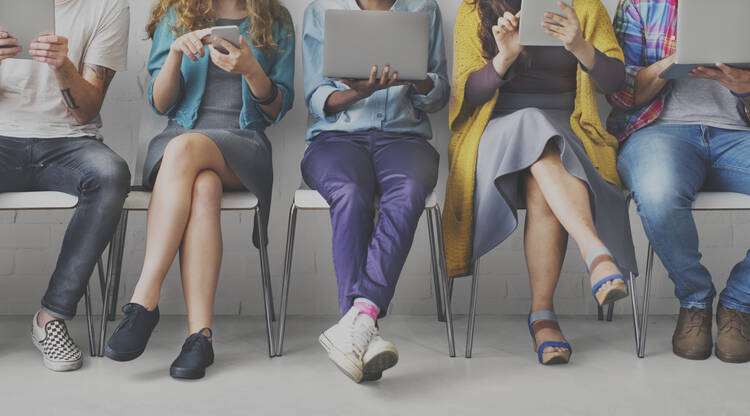 This Christmas season, many of us will find ourselves scrolling through social media feeds filled with countless pictures of holiday cheer. Does this window into the festivities of friends and acquaintances help us to share in the joy of the season or make us feel left out in the cold? Like any technology, it depends on how we use it.

In 2011, the American Academy of Pediatrics introduced the term “Facebook depression,” described as “depression that develops when preteens and teens spend a great deal of time on social media sites, such as Facebook.” In a new study from Lancaster University, researchers delved deeper into the emotional effects of social media, studying 35,000 participants from 14 countries. Among the negative behavior researchers detected were accepting friend requests from ex-boyfriends or ex-girlfriends or former friends. David Baker, one of the lead researchers, said, “We found that comparing yourself with people on social media was more likely to make you feel depressed than comparing yourself offline.”

Comparing yourself with other people is never a good idea, and unfortunately social media make it all too easy. But it also allows people to discover and receive support from virtual communities. Someone who is clinically depressed or who is a survivor of sexual assault can find support groups on platforms like Twitter or Tumblr. Friends and family can connect across countries and oceans with the click of a button. While we should continue to study the effects of social media, it is important to remember that we can also use sites like Facebook for building relationships to support and strengthen each other.

The Editors
Show Comments (
2
)
Comments are automatically closed two weeks after an article's initial publication. See our comments policy for more.
Charles Erlinger
5 years 9 months ago
Your advice that "Comparing yourself with other people is never a good idea..." is a little too glib and simplistic. The whole tradition of behavior modeling, as in the behavior of John the Baptist, the Blessed Virgin Mary, Jesus Christ, St. Peter, St. Paul, Ignatius of Loyola, etc. has as an essential element the comparison of one's self and one's own situation with that of the heroes of our spiritual and civil tradition. I continue to look eagerly for more mature and substantive editorial writing.
Beth Cioffoletti
5 years 9 months ago
I have found Facebook to be a great source of feeling "connected" to others. I am "friends" with friends that I went to grade school with and now see them with their grandchildren and share memories of things that happened more than 50 years ago. I have found friends that I experienced only a small time in my life, and now we are connected again. Extended family member that otherwise would have been lost to me, are now in my life. This gives me a sense of the wholeness of life, of moving along with a group. There are differences of opinions, especially politically. For the most part, it is obvious that our common connection is stronger than these differences, and this gives me hope. There are also those with whom I share a common spiritual direction, and this gives me hope too. But -- by far -- the biggest problem with Facebook and other social media, is the distraction that it introduces into my life. It is addictive, at least for me, and I find that time that I could have used being quiet and aware has been sucked away to idle scrolling, and too much reading of things that don't feed my soul. Social media requires a discipline that I have a hard time mastering. I'm working on it.

1
Cardinal Grech: The synod ‘needs time’ on the question of married priests
Gerard O’Connell
2
Explainer: Padre Pio and the (controversial) history of the stigmata
Jill Rice
3
I crossed the U.S.-Mexico border to save my son. This is my story.
V.A. García
4
Archbishop Cordileone: It is past time to strike down the death penalty
Archbishop Salvatore Joseph Cordileone
5
The sin of complacency
Cristobal Spielmann 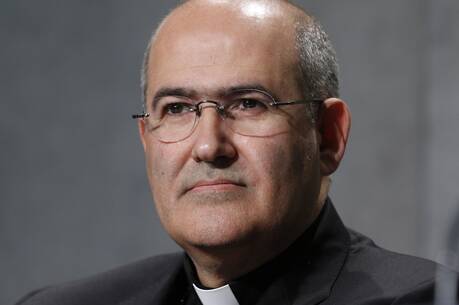