So what’s the Benedict Option really about, retreat or re-engagement? 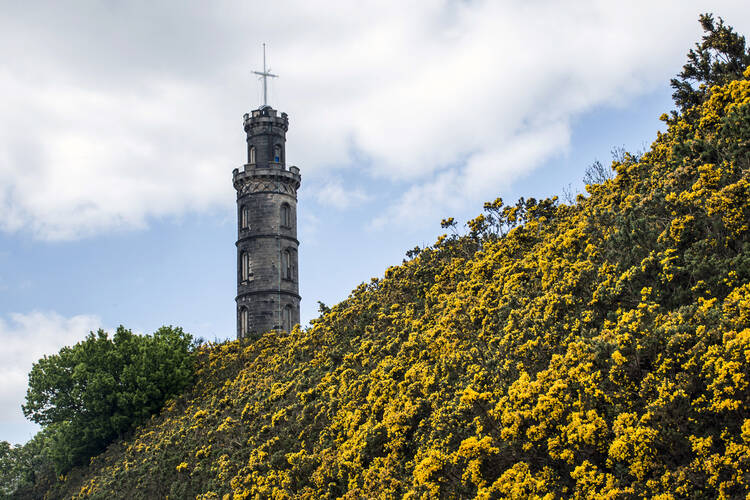 When St. Benedict left Rome and headed for the mountains, laying the foundations of Western monasticism, what was he opting for? Was he retreating or reconstructing? Was he withdrawing or committing? The answer, as in so much of the Catholic tradition, is both/and—but the emphasis we give in those answers, and the direction we start from, is telling.

The debate about what “the Benedict Option” is, and what it is not, was recently taken up by the theologian Gerald Schlabach in the pages of Commonweal. Rod Dreher, a blogger at the American Conservative, quickly responded. I would like to take a second look at their conversation.

Mr. Dreher tends to start at the retreat and withdrawal side of the dichotomy. He emphasizes the need for Christians to disassociate themselves from what is not holy in order to build up rightly-ordered communities. In contrast, Mr. Schlabach focuses on the reconstruction and commitment pole, looking more at what Benedict did once he got to the mountains and founded monasteries than what propelled him out of the city in the first place.

In his article, Mr. Schlabach begins by arguing that what is most Benedictine about the Benedict Option is not its withdrawal from the world, but its commitment to community. A reconstituted “BenOp,” by this light, ought instead to reflect “the imperative of all Catholics to stay together, both in global communion and in face-to-face relationships, even when those relationships are hard.”

He goes on to argue that the key to this version of the Benedict Option is its change in focus. No longer is it a chance to opt-out of a society that has refused to guide us “toward any real vision of the good.” Now the option is a chance to opt-in to local communities, and to think more closely about “what we do once we go deeper into our locales.” That is, Mr. Schlabach is trying to refocus us on the practices that help us “stay in relationship with people who don’t share our views.” It is a persuasive and challenging call in a society as individualistic as ours.

It is to Mr. Dreher’s credit that he responded to the Commonweal essay. His counter-argument is built around another key Benedictine concept: discipline. While Mr. Schlabach thinks that belonging to a religious community “is the ultimate goal of the Christian life,” Mr. Dreher argues that it is not belonging, but holiness that ought to remain the goal. The accompanying problem, then, is knowing when the community to which one currently belongs “no longer promotes holiness, but something else.” And the challenge consists in knowing when the “gap between holiness and what is taught and practiced [has grown] so great that one has to break communion.”

It is a fair point that Mr. Dreher makes. Essential even. We absolutely must talk about the gaps between teaching and practice that exist in our ecclesial communities. But there are two things, two priorities, that I want to add to the conversation.

Here is the first: We do have to talk about discipline, but we also have to talk about how disciplines are received and incorporated into a life. In my own, it took me real time—a couple of years even—after having entered the Society of Jesus to learn how to not let resistance or critique be my first reaction to church teaching. Those years were filled with dozens of conversations with a dedicated spiritual director, hundreds of liturgies, scores of hours learning to be quiet before the Lord. They were filled with practices, with dozens of them that, gentle warmths that they were, slowly melted away my resistance to being taught—a resistance that could well have hardened into a cold cynicism. It was only after years of learning to inhabit these practices of assent that I learned to ask myself: Am I willing to let myself be taught? Am I willing to inhabit a discipline of assent?

The aim of this first priority is not to ignore Catholic teaching on conscience; it is to help us talk about how we can cultivate practices that can allow us to re-emphasize assent. It is to insist that, instead of letting this debate about discipline and belonging remain at an abstract level, we think about how to help people in our communities unlearn the first-response of resistance.

And here is the second priority. Amongst its real strengths, the weakest piece of Mr. Dreher’s argument came near the end of his response, when he used a story from an anonymous writer to clarify those for whom, in his imagination, the “BenOp” is most needed.

In this story, the author details the lack of discipline in her/his parish—the slow leaking away of the communal practices that sustained a sense of identity. “After Mass,” the author concludes, “the older people hang around and shake hands with the pastor. Everyone else drives away. I know only a small handful of my fellow parishioners, and I hesitate to bring any of this up with them. It doesn’t seem worth it.”

If the witness of monastic communities teaches us anything, it is that the discipline (and the difficulty!) of commitment to community is heightened by the enclosure and stability of monastic life.

Mr. Dreher cites this story a prime example of the kind of person he sees himself serving in proposing the Benedict Option. And—let me be clear—there are real needs here, and those needs require a pastoral response.  But for me what is so revelatory about this story is the closing line: “I hesitate to bring any of this up with them.”

Mr. Dreher’s imagined audience is one that is already opting out of the very thing Mr. Schlabach is asking us to re-learn that we belong to one another in mutual vulnerability.

Even if the Benedict Option ultimately requires refusal, a withdrawal to the mountains and retreat from society in order to sustain the vision of holiness to which we are called, that option cannot be driven by the fact that our nerve fails at the much more immediate task of talking to another parishioner over coffee after Mass. If the witness of monastic communities teaches us anything—and this is what Mr. Schlabach points out so clearly—it is that the discipline (and the difficulty!) of commitment to community is heightened by the enclosure and stability of monastic life. If we think the Benedict Option is going to be easier or more elegant than the messy reality of modern parish life, we have not yet seen it clearly.

Certainly, Mr. Dreher is right that discipline must be a part of this re-learning. There are no conversations to be had with those who refuse the discipline of speaking the same language. He is honest when he says that it “really is a difficult and complex question, trying to figure out how far one can go in disagreeing with Church teaching and practice without violating the boundaries of what one must believe to be a Catholic (or, more broadly, a Christian).” And he is right that Christian communities need to have more practices in common than a liberal democratic state. And perhaps he is even right that, in the end, and to our sadness, there will be painful divisions.

But we ought not give up the ghost so fast. Instead, we ought to cultivate disciplined practices in our communities that can help us learn how to become teachable. We need to inoculate ourselves against a moralistic, therapeutic deism that assumes “all we need is love.” But we also must work against the impulse to surrender to our identity as the one body of Christ.

Patrick Gilger, S.J., is a graduate student at The New School for Social Research where he studies the sociology of religion and culture. The founding editor-in-chief of The Jesuit Post, he now serves as America’s contributing editor for arts and culture.

@paddygilgersj
Show Comments (
3
)
Comments are automatically closed two weeks after an article's initial publication. See our comments policy for more.
Lisa Weber
5 years 11 months ago
I think it is easier for men to assent to church teaching than for women because women are not represented in the church. So many things in church are offensive to one degree or another. The exclusion of women from leadership, the noninclusive language, and the language that demeans women. A woman sometimes has to reject church teaching to remain psychologically sound.
Edward LeSage
5 years 11 months ago
Schlabach's stance reminds me of the old adage "Don't throw the baby out with the bathwater". A pretty good approach in general I think.
Beth Cioffoletti
5 years 11 months ago
This article is challenging for me. My relationship (if I can call it that) with my local parish church has been difficult for the last 20 years or more. I can't seem to find my nitch, my way back, and leave my occasional Church-going ventures feeling profoundly lonely and unfed. The homilies sound off key. I can't seem to make eye contact with anyone. I opt to worship with the monks when I can. Or find my community in my mixed religious and non religious friends. I keep trying, but I'm almost at the point of giving up. But you've convinced me to pray to become teachable. That I can do. The rest I give to God.