How life in prison could change under Donald Trump 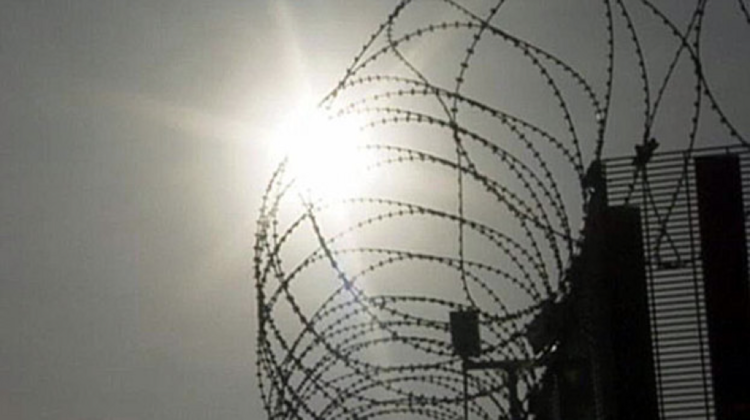 Standing in the chapel, the man looks into the styrofoam cup, as though his fortune lies in the remaining swallow of weak coffee swirling around the bottom. He sighs, and echoes what many Americans are feeling after the presidential election: “I don’t know. But, I’m scared.”

This man did not vote. He did not vote because, as a federal prisoner, he could not vote. For more than a decade, his days have been spent in the Otisville Federal Correctional Institution, 80 miles north of New York City. He and hundreds of thousands of others like him are uncertain of their futures. For years their futures have been tied to a hope for a change in their cases, a ruling in their favor or even clemency to unite them with their loved ones and the outside world.

The United States has the largest reported incarcerated population in the world, according to Human Rights Watch, with 2.3 million people behind bars. The U.S. incarceration rate is 478 per 100,000, three and a half times greater than most European nations.

Yet, any momentum toward systemic reform in this country may come to a screeching halt under president-elect Donald J. Trump. The likelihood of a reduced sentence or clemency for prisoners across the country is slim.

Pope Francis, days before the U.S. election, called for nations to grant clemency in this Holy Year of Mercy. He urged them to consider forgiveness for inmates. Speaking at a Mass for the Jubilee of Prisoners, the pope spoke about caring for “our brothers and sisters in prison.”

“We don’t think about the possibility that people can change their lives,” the pope said. “We put little trust in rehabilitation … into society. But in this way we forget that we are all sinners and often, without being aware of it, we too are prisoners.”

Some of the prisoners at Otisville are fathers, whose actions cost their children the opportunity to have a father present. Other inmates have families nearby, but the stigma of conviction keeps those family members from ever visiting the prison.

One Otisville inmate spoke of haunting nightmares about killing his girlfriend. The painful memory visits him in his cell every night, he said, as it has for almost 30 years. His hands took someone else’s life. Yet, during the decades of imprisonment, those same hands also learned how to craft the cards he sends to children’s hospitals.

“I want to tell you, every time I visit a prison I ask myself: ‘Why them and not me?’” Pope Francis said. “We can all make mistakes: all of us. And in one way or another we have made mistakes.”

For many prisoners in the United States, hope for criminal justice and sentencing reform began under President Barack Obama. He has granted nearly 800 commutations, more than the past 11 presidents combined. Half of the people in federal prison are there for drug-related crimes, which meant that many of the commutations went to non-violent drug offenders. The total population in prison for drug offense is ten-times greater than it was in 1980.

The president asked Attorney General Loretta Lynch to review solitary confinement in July 2015, which led to the Department of Justice recommending the practice “should be used rarely, applied fairly, and subjected to reasonable constraints” and “never as a default solution.” In November 2015, Obama “banned the box” on federal job applications—the box being a standard question about prior convictions—because former inmates often find their criminal history is a barrier to employment.

Mr. Trump could use executive actions to undo the “ban the box” initiative and re-apply solitary confinement for juveniles. The president-elect could ask prosecutors to seek tougher sentences on low-level drug crime, too, which would reverse the trend of mercy President Obama started.

President-elect Trump’s website makes no mention of criminal justice reform, though he has previously spoken out in support of the death penalty. Reuters reports that Mr. Trump, despite running as a “law and order” candidate, may remain moderate on justice reform. However, if former New York mayor Rudy Giuliani is chosen as attorney general, the practice of “stop and frisk,” which has been used as a form of racial profiling, could go nationwide, leading to even more arrests, convictions and higher rates of incarceration.

Mr. Trump’s support for private prisons runs in the opposite direction of President Obama’s path. The Obama administration announced in August 2016 that the government would not renew the contracts of 13 private prisons. Studies and undercover work has shown violence to be more common in private prisons. The $5 billion industry has been in sharp decline since the president’s announcement, but stocks in such companies are beginning to rise since private prisons will likely be an important part of Mr. Trump’s deportation plan.

Inmates are barred from having a voice in the political decisions that directly affect them. Their hope is in politicians who fight on their behalf for policy changes or for clemency. Yet, both prospects look bleak. Many inmates are left standing alone and unsure of their future.

@News4Massmassey@americamedia.org
Show Comments (
2
)
Comments are automatically closed two weeks after an article's initial publication. See our comments policy for more.
Lisa Weber
5 years 7 months ago
Like every other piece of news about Trump and his ideas, the news in this sector is bad as well.
L J
5 years 7 months ago
Hillary spent so much time chasing Trump's tax returns, it begs the question, "how did that strategy go?" She could have visited Louisiana after the flooding, paid attention to the Midwestern States and taken the cries of white middle America seriously but she did not. Her arrogance cost her bigly. The fear mongering and hysterical "news reports" (editorial pieces at best) on Trump's future impact on America shows that the mainstream media learned nothing. They are supposed to report on news after it happens, not predict the news events. Clearly Hillary and her agitprop machinery rightly loss the confidence of 30 States out of 50. These types of agitprop pieces on America Magazine completely undermine bringing Americans together. No wonder they lost state legislatures and governor mansions too! "Democrats hold the governor’s office and both legislative chambers in just six states—all of them on the Atlantic or Pacific oceans—compared with 25 for Republicans." http://www.wsj.com/articles/in-their-coastal-citadels-democrats-argue-over-what-went-wrong-1479483070