Did you know there's a society for Catholic scientists? 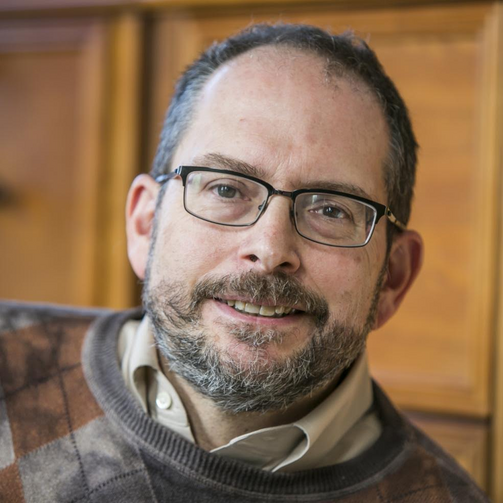 Jonathan I. Lunine is a Catholic layman who serves as the David C. Duncan Professor in the Physical Sciences at Cornell University, where he is also director of the Cornell Center for Astrophysics and Planetary Science. He has done astrophysical and planetary research for more than 30 years and has been involved in a number of NASA missions, including Cassini to Saturn and the forthcoming James Webb Space Telescope.

Dr. Lunine earned a B.S. in Physics and Astronomy from the University of Rochester and holds M.S. and Ph.D. degrees in planetary science from the California Institute of Technology. He is author of two textbooks and co-editor of a book, “Frontiers of Astrobiology” (Cambridge, 2012), based on a Study Week on Astrobiology held by the Pontifical Academy of Sciences in Vatican City, in 2009.

On Oct. 17, I interviewed Dr. Lunine by email about the new Society of Catholic Scientists that he recently co-founded.

How did the idea of forming The Society of Catholic Scientists come about?

For some time I have felt there was a need for an organization of scientists who are practicing Catholics; people who could demonstrate by example the compatibility of a faith-filled life with a career in science, and who through such an organization could pursue projects of common interest such as conferences or mentoring of students.

Your online America interview with Professor Stephen Barr on November 24, 2014, caught my eye, because he has also been thinking of starting such an organization. And I had already read and been greatly impressed by his book Modern Physics and Ancient Faith. So I knew we would be a match. I contacted him, and it took off from there.

What has been your role in this new Society?

I serve on the Board of Directors as Vice-President of the Society; Steve is President. I am humbled and grateful to be serving on the Board with a very distinguished group of colleagues from the physical and life sciences, whose biographies are listed on the Society’s website: http://www.catholicscientists.org.

What need does the organization address?

Young people of faith interested in careers in science may face peer or other pressure to either abandon their faith or put aside their career aspirations. Even those not experiencing such pressure may feel isolated because they are not aware of other Catholics in their field or at their institution. As St. John Paul II said in a 1988 letter to then-director of the Vatican Observatory George Coyne, S.J.:

Those members of the Church who are either themselves active scientists, or in some special cases both scientists and theologians, could serve as a key resource. They can also provide a much-needed ministry to others struggling to integrate the worlds of science and religion in their own intellectual and spiritual lives.

The Society aims to provide such a resource, by witnessing to the harmony between the vocation of science and the life of faith. The Society exists as a place where Catholic scientists can share their knowledge, perspectives, and intellectual and spiritual gifts with each other, with fellow Catholics and especially young Catholics preparing for careers in science. We hope to actively mentor young Catholics studying to be scientists, and to create a network of Catholic scientists who can share their experiences with each other and the wider community.

What are the qualifications for membership? Who can join?

The society is open to all working scientists who are practicing Catholics. We have also established special membership categories for students, philosophers, theologians and others who are not professional scientists but can enrich the Society’s activities.

What kinds of things will the Society do?

The society is just getting going so we currently have few activities but many ideas! Our flagship activity will be an annual conference, the first of which will run from April 21-23 in Chicago. The theme this year is “Origins,” and we will have a mix of contributed and invited talks. Brother Guy Consolmagno, S.J., Director of the Vatican Observatory, and Professor John Barrow, F.R.S., of Cambridge University, have agreed to speak. We are also co-sponsoring with the Tech Catholic Community at MIT a “Gold Mass for scientists: Mass of St. Albert the Great” to be held at the MIT chapel on Tuesday, November 15, which is St. Albert’s feast day. The celebrant and homilist is Fr. Nicanor Austriaco, O.P., who is a member of our Board. We hope to make such Gold Masses an annual occurrence. Finally, we are in discussion with the Lumen Christi Institute to have SCS members give some of their “master classes” for undergraduate and graduate students on topics at the intersection of science and religion. As the Society grows, more activities will become possible.

What has been the response so far to this organization?

About two-thirds of the scientists we have invited to join have expressed very positive interest in doing so. Scientists are a busy bunch of people, so I take this as a ringing endorsement.

You yourself are a convert to Catholicism. What drew you to the Catholic Church and what role did science play in that journey?

I was baptized and confirmed in the Catholic Church on Holy Saturday, 2007, after a very long journey that began when I was a teenager. First and foremost is that I accepted Jesus Christ into my life. But why Catholicism as opposed to other branches of Christianity? Many things attracted me to Catholicism, including its extremely long history of deep thought on the most profound questions we as humans can ask, its strong connection through the Liturgy of the Word to the Jewish faith in which I was raised and the wonderfully varied lives of the saints. But what finally pushed me to take the plunge, if you will, was an opportunity over the years to really get to know the Jesuit brothers and fathers of the Vatican Observatory, whose commitment to lives of faith and science move me every time I think about them.

My sponsor and godfather Dr. William Madden, has been an inspiration to me ever since my wife and I met him twenty years ago. He is a role model for generosity of spirit and charity of giving that I will always fall far short of. Msgr. Georges Lemaître was the Belgian priest and astronomer who contributed so much to our understanding of the cosmos. His articulation of how faith and science should and should not interact is a marvel of clarity, and he was also the wonderful professor that all of us who are in that profession aspire to be. Beyond that, as I mentioned above, the Jesuits of the Vatican Observatory inspire me through their witnesses of harmonious—and yet diverse—lives of faith and science.

Well, I’m coming up on the end of my first decade as a Catholic, and that’s not very long for a man 57 years of age. Ask me again in ten years.

I do the Liturgy of the Hours at home or on travel—the Office of Readings and Morning Prayer daily, and Evening Prayer on a somewhat less regular basis. And then there are those moments of spontaneous prayer which can be very profound.

How does Catholicism influence your approach to being a scientist?

In all honesty, my being a Catholic doesn’t affect how I practice science. Anyone who reads my published papers from twenty years ago, versus those of today, would, I think, agree. But when I have a chance to pause from research, to sit back and wonder about the cosmos, about the grand things we as humans are discovering seemingly daily, and about the deep mystery of how our minds can comprehend the reality in which we find ourselves, then my perspective is very much influenced by my faith.

How does science influence your Catholic faith?

My scientific research has given me a deep appreciation for the intricacies of nature, for the ways that physical laws acting on matter and energy produce an amazing diversity of structures and processes in the cosmos. Science creates another avenue through which to feel gratitude to the Creator for bringing all this—and us—into existence.

What harmonies and tensions have you experienced between your faith and work?

The harmonies I covered above. I can’t think of many tensions, but perhaps the biggest is the misunderstanding I see among many colleagues and students about just what it means to be a scientist and to have a faith-filled life—to be religious. On principle I don’t engage students on this topic unless they approach me first. On the other hand, I do occasionally challenge my peers—my professional colleagues—when I hear a poorly informed opinion on the subject.

If you could say one thing to Pope Francis about the Society of Catholic Scientists, what would it be?

Please pray for our society, Holy Father, that it may serve to bring about a greater understanding of the harmony between science and faith.

Wow, that’s a big one. Well, much of my recent scientific work has been devoted to identifying places in the solar system where life might have begun and flourished independently of life on Earth. And I’m involved in proposing and planning missions to go search for that life, which almost certainly will be microbial in nature. I have wonderful colleagues with whom I’ve collaborated, and hopefully will continue to do so, on these scientific challenges. Knowing that what I am doing may well not succeed—that’s the nature of science—I hope people will see that I tried my best and that I enjoyed the scientific fellowship. As for my work with the Society, I hope we can bring some light to a debate that has increasingly offered more heat than light.

I encourage your readers to check out the Society’s website: http://www.catholicscientists.org. Thank you for a great set of questions!

Our flagship activity will be an annual conference, the first of which will run from April 21-23 in Chicago. The theme this year is “Origins,”

Science has a great track record of explaining physical phenomena except for origins. Some origins that science can not explain, origin of existence origin of such an extremely fine tuned universe for life origin of unique proteins origin of life origin of multi-cellular highly coordinated life forms origin of the Earth origin of consciousness and humans All are true mysteries and anybody who tells you otherwise are not being honest with you. Yes, there are some theories but none supported by any scientific evidence. Everything is speculation. So I hope the conference goes well.