Where do the candidates stand on issues important to Catholic voters? 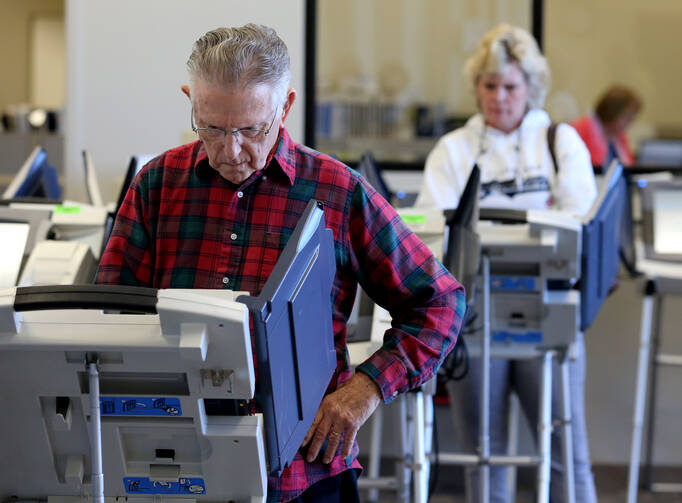 With the 2016 presidential election just a day away, candidates Donald J. Trump and Hillary Clinton are making their finals pushes for the presidency. Many Catholics, like other voting groups, find themselves caught between the polarized candidates.

Meanwhile, The Catholic Vote: A Catholic Grassroots Movement is working to keep Catholic voters informed about where each candidate stands on issues important to the Catholic Church.

Last week, the group published “The Catholic Vote,” a guide to help Catholic voters understand where the candidates stand on more than 35 key issues.

“The Catholic Vote” gathered quotes from the candidates and corresponded them to subjects raised in "Forming Consciences for Faithful Citizenship," the U.S. bishops’ statement on voting, and other church documents, including encyclicals and pastoral letters.

For each issue, the group asked if the candidate’s views align with church teaching, and they were ranked yes, no or inconclusive.

The findings about both candidates’ stances were “inconclusive” on a number of church issues, said Trevor Gundlach, the project creator.

“Many students have...voiced their surprise at how neither party is ‘truly Catholic’ and that voting as a Catholic cannot be linked to one single political party,” Mr. Gundlach said. “Being Catholic means voting Catholic, according to all of the issues.”

Meaghan Crowley, another project member at the University of Dayton, said the process and intent behind “The Catholic Vote” differentiates it from other religious voting guides because the group examined each candidate's platform through the lens of “Faithful Citizenship.” This process allowed the group to remain non-partisan.

Finding direct quotes from candidates on many of the issues was more difficult than the organizers’ first thought, Crowley said.

For example, Clinton has stated support for faith-based groups but opposed the Supreme Court decision to exempt certain corporations from the Affordable Care Act contraception mandate. So it was difficult to rank her on “Recognition and support to faith-based groups,” and she was thus ranked inconclusive on this topic.

Mr. Gundlach started the project in January and was motivated to see its completion after giving a talk in September about the problems with single-issue voting. Catholics need to be thorough when making political decisions, he said, because there is more than one issue in the election important to Catholics, a point Ms. Crowley also emphasized.