How can we start a better conversation about abortion? 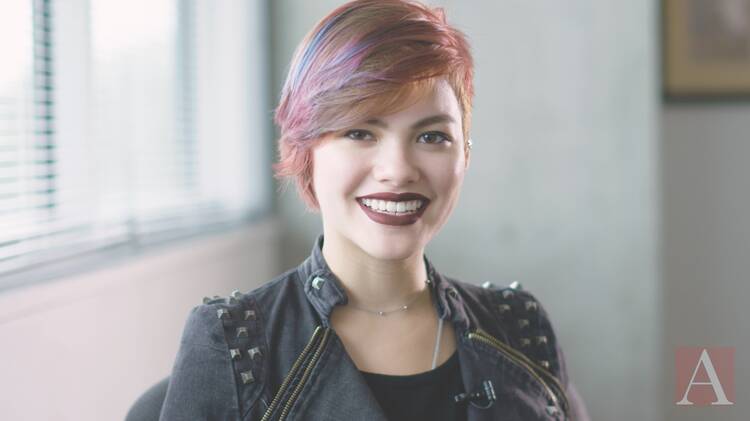 I do not remember when I first learned what an abortion is. I do remember when I first got into a fight over it. In seventh grade, a friend of mine announced she was pro-choice, so my other friend called her a baby-killer. I had not given much thought to the issue, but I must have heard something about it in C.C.D., and I knew my parents were Republicans, so I decided to stick with my tribe and join in the name-calling.

One might think the adults in the room would have found a more productive way to talk about abortion than middle school mean-girls. Anyone tuned in to the recent debates knows otherwise—that people on both sides are all too ready to assume the worst about the other’s motivations. Pro-life advocates accuse Planned Parenthood of seeking to profit from baby parts. Pro-choice advocates frame the slightest restriction on abortion by pro-life advocates as an all-out war on women. That both Democrats and Republicans have made abortion a litmus test of party purity has not exactly elevated the tone of the discussion.

But if you listen to the people behind the positions, you quickly realize how unhelpful and obsolete such partisan framing is. Can you be pro-life and a feminist? What about a pro-life socialist? Can a small-l libertarian support restrictions on abortion? No question, say the millennials featured in a new video from America. For the film, I had the chance to speak with young, pro-life women from across the political spectrum who have encountered in their respective corners much that is dispiriting and dysfunctional about abortion politics in this country.

There is the Republican Christina Bennett, an African-American woman who has been called a racist for her pro-life advocacy. Elizabeth Bruenig, a Democratic Socialist, says that being pro-life and involved in left politics can be “a bit of an island.” Almost all the women express frustration over a political landscape that does not accommodate a consistently pro-life, pro-woman ethic. “Agitated is a very good word,” says Addie Mena, “that there doesn't seem to be a place for pro-life feminists in modern society.”

While learning that Ms. Bennett was minutes away from being terminated in the womb may not convince staunch defenders of reproductive rights to support a 20-week abortion ban, it may help someone understand why she, as a black woman, sees the right to life as fundamental to the civil rights her heroes—Harriet Tubman, Martin Luther King Jr.—risked their own lives for. And I do not doubt that there are Americans who likewise have felt stigmatized or shamed for being pro-choice or having an abortion. Sharing the stories of women on both sides of the debate has value beyond political point-scoring; it can change if not minds, then hearts.

“At its best, reporting is an effort to bear witness to the heartbeat of the world and to name it, describe it and give it back to the world in a way that opens new conversations to understand truth.” So writes Elizabeth Dias, the recipient of the 2016 George W. Hunt, S.J., Prize, in this week’s issue. As a journalist for Time, she does not tell stories with an agenda. But every act of storytelling can be an exercise in empathy. “Once you know the heart’s beat, its aches and loves can take deeper shape,” she writes. “And in all of this messiness, the very human approaches the very sacred.”

This is a beautiful way to understand the vocation of a journalist. And it might just be the best way forward for the country to begin to close the deep divisions laid bare by this dispiriting and dysfunctional election year.

@AshleyMcKinlessmckinless@americamedia.org
Show Comments (
1
)
Comments are automatically closed two weeks after an article's initial publication. See our comments policy for more.
Lisa Weber
5 years 6 months ago
One aspect of the abortion debate that is seldom mentioned is that abortion is like alcohol - you can make it illegal but you can't make it go away. I suspect that most men and young people do not realize that abortion was available and being done a long time before Roe v. Wade. I am older and have heard stories from personal witnesses that abortions, even later-term abortions, were being done in the 1920's and 30's. If abortion is again made illegal, it will merely become underground again. It would be helpful if this fact were part of the discussion. A friend once said that a woman can have any opinion she wants about abortion but men (with the exception of the woman's husband) don't get a vote. There is a lot of truth in this statement. A woman ultimately has control over her own body, no matter how much others may approve of or condemn her choices. Pregnancy can present a woman or a couple with some terrible choices that I am aware of and I am glad I never had to make, but they do leave me with the feeling of "Who am I to judge?" Who am I to judge if a woman who has survived a brutal rape decides that she cannot carry the pregnancy that results? And that is only one of a multitude of possible situations that would tear your heart out. The reason that men other than the husband do not get a vote is that men never experience pregnancy and most do not experience the 24/7 care of an infant in the way that a woman does. Men simply have no way to stand in the shoes of a woman in a difficult situation and understand the choices she is facing. Any comment unsympathetic to the woman's plight can be dismissed with "Easy for you to say." Another reason men don't get a vote is that there is nothing anyone can do about abortion anyway. Men can fuss and fume but a woman will do what she decides to do, so men may just as well quit worrying about it. If Catholic men do not like the idea that they don't get a vote, they might consider the idea that women do not get a vote in the Catholic Church and the issues there are far less personal than abortion. The abortion issue would be well-served by asking men for their ideas, just as the Church would be well-served by asking women for their ideas. Ultimately, you can only make your own decisions about abortion. You might help a friend or someone who seeks your counsel to avoid the decision to have an abortion and that is about all. Abortion should not even be part of public dialogue because the issue is emotional, divisive, and tears a community apart but nothing can be done about it. Pro-choice and pro-life need to become obsolete political designations.