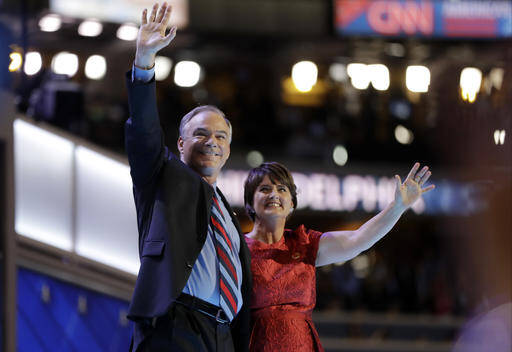 Democratic Vice Presidential nominee Tim Kaine still supports the ban on using federal money to pay for abortion known as the Hyde Amendment. The clarification comes after days of uncertainty about where the Catholic candidate stood on the ban—and puts him at odds with his party’s official position.

"I have been for the Hyde Amendment,” Kaine told CNN on Friday. “And I have not changed my position on that.”

For the first time in party history, Democrats voted to include in its platform that they are against the 40-year-old ban, which prohibits Medicaid from reimbursing doctors for abortion, except in cases where the woman’s life is in danger, rape or incest. White House nominee Hillary Clinton has said she supports overturning the ban as well.

RELATED: What is the Hyde Amendment and Why Does it Matter?

Earlier this week, the Clinton campaign said that Kaine supports all of Clinton’s goals, including its opposition to the Hyde Amendment. That statement came a couple weeks after Kaine told a reporter that he still supported the Hyde Amendment, and he seemed surprised to hear that the party platform called for repealing it.

"I have traditionally been a supporter of the Hyde amendment, but I'll check it out,” he told The Weekly Standard July 6.

Following Kaine’s selection by Clinton, her campaign told reporters that the Virginia senator had privately told Clinton he is on board with repealing the amendment, leading to criticism from some pro-life Democrats.

In an editorial published Thursday, the editors of America called on Kaine to support the Hyde Amendment.

“By abandoning it, he is not only supporting a significant increase in the number of abortions but also signaling to pro-life Democrats that the party does not have room even for ‘personal opposition’ to abortion,” it read. “Beyond the direct injustice to the unborn, his shift also undermines even the limited common ground on abortion and leaves our politics worse off by far.”

Kaine has described himself as personally against abortion, and as governor of Virginia, he signed some bills supported by pro-life advocates. But in the U.S. Senate, Kaine’s voting record earned a perfect score by Planned Parenthood and NARAL Pro-Choice America.

(Update: Just hours after Kaine’s comments, the head of Planned Parenthood, Cecile Richards, Tweeted that the Hyde Amendment “must end.”)

The Hyde amendment is another example of politicians interfering with a woman's right to make her own health care decisions. It has to end.

Speaking to CNN earlier this month, Kaine was asked if he is “pro-life,” to which he said, “I've never embraced labels."

"I have a traditional Catholic personal position, but I am very strongly supportive that women should make these decisions and government shouldn't intrude," he continued. "I'm a strong supporter of Roe v. Wade and women being able to make these decisions. In government, we have enough things to worry about. We don't need to make people's reproductive decisions for them."

Kaine’s comments come the day after Clinton accepted her party’s nomination for the presidency, becoming the first woman to lead the ticket of a major party.

During his own nomination acceptance speech Wednesday, Kaine spoke about the importance of his Catholic faith and his connections to the Jesuits, which includes time volunteering at a Jesuit school in Honduras.