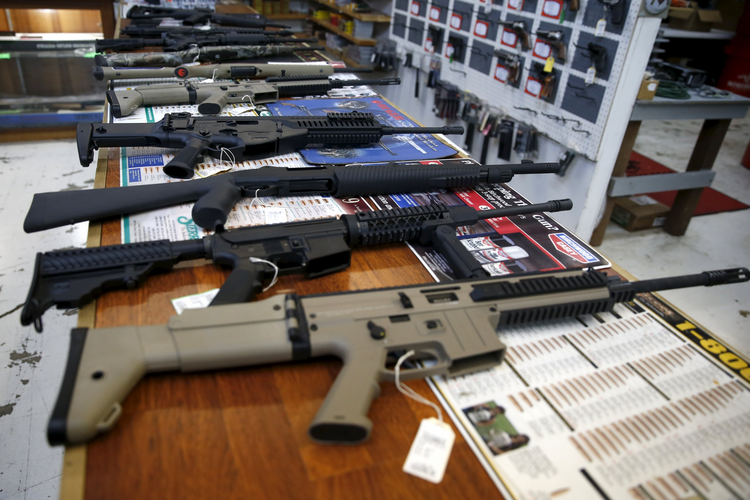 A reader responds to "Gun Control is No More Popular than Toilet Control":

Mr. Sullivan brings forward a potential key to assembling political consensus on gun legislation. “A lot of Americans are still upset about government-mandated low-flush toilets and the phase-out of incandescent light bulbs, so resistance to gun control should not be surprising…Even at gunpoint, they’re not about to back down from their belief that everything the government does is evil…Opposition to gun control is higher in gun owning households, but a stronger factor is an individual’s view toward government...suggesting that ideology is a more important variable than the experience of actually owning firearms.” If the concerns of those who cling to incandescent bulbs were added to those who are concerned about a disastrous tax code, non-performing public school districts and energy policies that subsidize wind turbines in locations with little useable wind resource, the full scope of why so many believe that “government controls too much of our daily lives” might be better understood.

Indeed, America’s editors complained about widespread abuses of the civil forfeiture process in their November 3, 2014 Current Comment and Robert David Sullivan raised concerns about local and state governments in his “All Tyranny is Local” article of September 15, 2014. Concerns about intrusive or overbearing government are widely shared.

That people suspicious of government tend to support gun rights is nothing new. While a dispute about gun control sparked the battles at Lexington and Concord, note that the opening paragraphs of the Declaration of Independence list the numerous ways in which government (the King of Great Britain) was intruding into the daily lives of Americans. More than a decade later, the memory of those intrusions led to a Second Amendment preserving the “right of the people,” not just the states, to keep and bear arms.

Nor is this association of lethal arms with protection against government a uniquely American phenomenon. The barons who obtained King John’s seal on Magna Carta brought their assault weapons to the meeting. The relief they obtained was from the King’s intrusions in their daily lives. The long list of those who believed that guns in the hands of the people were a remedy to oppression includes the liberator Simon Bolivar, the abolitionist John Brown,and the grandmother of Condoleezza Rice, who often sat on her porch with a shotgun ready to protect her home.

America’s editorial “Repeal the Second Amendment” appeared in the issue of February 25, 2013. On April 4, 2013 the editors added an online comment:

“The editorial does not take issue with the natural right to self-defense, which is God-given and unchangeable. The editorial takes issue with one specific, prudential application of that right, namely, the right to own a gun as specified in the second amendment. The right to own a gun is not a natural right, but a positive right, meaning it is a human-made and changeable right. Those who maintain that the editors are questioning the right to self-defense in their call for repeal are making a categorical error.”

Fair enough. But sometimes the right of self-defense, or on rare occasion the right to change government—both natural rights—requires the use of arms. Would an electorate with so many concerns about intrusive or overbearing government muster the approval of three quarters of the states to repeal or even modify the Second Amendment? There is a strong argument that repeal of the Second Amendment would not preclude an individual right to “keep and bear arms.” That argument lies in the long thread of correspondence, some of it preserved in the Federalist, asserting that a Bill of Rights (which includes the Second Amendment) is redundant protection because the Constitution only grants certain specific powers to the federal government. If the Second Amendment were repealed, gun-control laws would still endure Supreme Court challenges and Fourth Amendment rights would continue to restrain enforcement of anti-gun laws, such as by aggressive “stop and frisk” programs.

There can be progress against the ongoing tragedies of gun violence, which is manifest not only in mass-casualty shootings caused by terrorists or individuals suffering serious mental disease, but also against the daily incidents that have their origins in spouse abuse, in gang- or drug-related confrontations, or other crimes. We might even make progress against suicides by gun. Some limited gun control measures have survived Supreme Court review. Those precedents might suggest other possible steps. Improvements to the nation’s mental health system should also be considered. Robert David Sullivan has explained why political progress will require a broad compromise, including changes that alleviate the growing concerns about overly intrusive government.

To enact a response to the tragedies of gun violence, a broad consensus must be built. That process starts with each of us accepting the concerns of the other, without trivializing or discounting them. Approaching the issues with a bias toward conciliation, we might just achieve that which seems so unattainable—a freedom from fear, and promotion of the common good.

Joseph J. Dunn is a retired business executive. He is the author of After One Hundred Years: Corporate Profits, Wealth, and American Society and writes frequently on issues of economic justice.