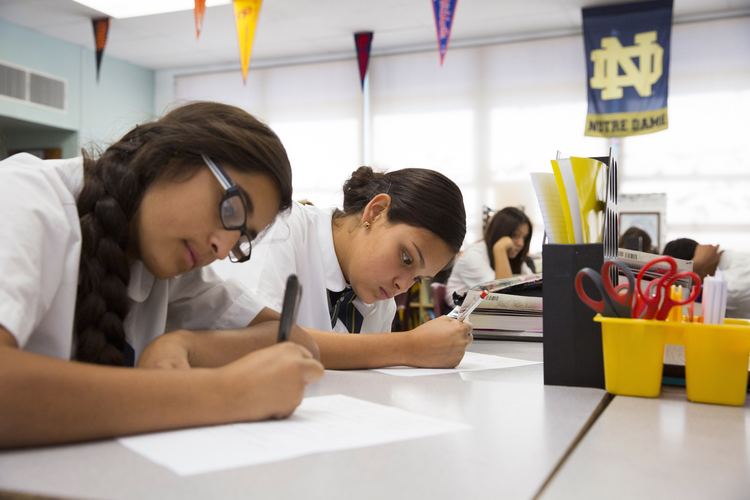 It's hard to imagine anyone would argue that Nevada parents are not within their rights to be concerned about the state’s public education system. Nevada has ranked last on education four years in a row in a national survey of child well-being conducted by the Annie E. Casey Foundation. What to do about that sorry outcome, of course, remains a matter of dispute.

But some parents are apparently no longer willing to wait for the system to restore itself, and in legislation passed last June Republican lawmakers in Nevada offered them a way to opt-out.

The state began one of the nation’s broadest school choice programs this school year, allowing parents to establish educational savings accounts for their children in lieu of attending public school. Account funds may be used for a variety of educational purposes, including private schooling, tutoring or online learning at parents’ discretion and without limitation based on income. Framers of the law believe that the Nevada’s plan circumvents some of the constitutional challenges which have stymied voucher or choice programs elsewhere by disbursing state funds directly to parents, not to schools. That confidence may soon be tested in a state court.

Parents of almost 3,600 students have so far applied for Nevada’s Education Savings Account program, though state disbursements won’t begin until April at the earliest, if they’re allowed to flow out at all. The program was challenged in August by American Civil Liberties Union, the American Civil Liberties Union of Nevada and Americans United for Separation of Church and State “on behalf of a group of parents, clergy, and other taxpayers” who “oppose the program’s effort to divert taxpayer money to private, religious schools.”

“Parents have a right to send their children to religious schools,” Tod Story, executive director of the ACLU of Nevada, said, “but they are not entitled to do so at taxpayers’ expense. The voucher program violates the Nevada Constitution’s robust protections against the use of public funds for religious education.

“This program allows public money to be spent at instuitions which operate with sectarian missions and goals and impart sectarian curricula. This is exactly what the Nevada Constitution forbids.” The ACLU suit further complains that the Nevada choice program would support institutions which engage in admissions and employment discrimination “on the basis of religion, sexual orientation, and gender identity, among other grounds.”

Nevada Attorney General Adam Paul Laxalt filed a motion to dismiss the ACLU challenge on Oct. 19. “This lawsuit asks our courts to twist Nevada’s Constitution in ways never imagined, much less intended, by our framers,” he said. “The opponents of parental choice are desperately trying to stop Nevada’s innovative and ambitious program that has already garnered praise and imitation in other states, before it sweeps the nation,” he said. “I am confident that the court will see this program the same way the Legislature, the governor and a majority of Nevadans see it: as an important, constitutional effort to enhance the education of all.”

The challengers to the new law make an argument against the program based on an amendment to the state constitution without comment on its historical context. But that context may be of interest to Catholic parents wondering if the Nevada law might make a good model for their state. Though the ACLU does not describe it so, the amendment which provides the "robust protection" it seeks, added to the Nevada constitution in 1880, is among similar state amendments circulated and passed at the time that were known as “Little Blaine amendments.”

The not-so-little “Blaine amendment,” named for one-time presidential hopeful James Blaine of Maine who introduced it in 1875, was an amendment proposed to the U.S. constitution that similarly proscribed the use of government funds for “sectarian” education. Though he personally had Catholic family connections Blaine had hoped his proposal might raise his profile as a potential presidential candidate by tapping into the rabid anti-Catholic hysteria of his times. He did not succeed in realizing his personal ambitions, but his eponymous amendment in a littler, state-level mutation, did succeed in creating a historic divergence which continues to trouble U.S. education to this day.

While many other Western nations have funded or subsidized education regardless of the religious identity of schools without much controversy—and continue to do so—in the United States a more or less dual system evolved, partly propelled by 19th century anti-Catholicism, one system paid for by the state that for decades maintained a Protestant Christian identity and a Catholic school system that rose up in opposition to the cultural and religious flattening intended by the "public" schools. Nevada took the Blaine amendment a step further. Responding to a controversy over the public funding of the Nevada Orphan Asylum, then the largest orphanage in the state, which was operated by the Sisters of Charity in Virginia City, Nevada’s “little Blaine” not only knocked out funding for “sectarian” education, it ordered that "No public funds of any kind or character whatever, State, County or Municipal, shall be used for sectarian purposes."

Noting the somewhat odious lineage of the constitutional amendment the ACLU was willing to deploy to continue its national resistance to school choice, the Washington-based religious liberty advocates at the Becket Fund filed a amicus brief defending the Nevada program on Oct. 28. “Activist groups are treating religious schools and the students who choose to attend them like second-class citizens,” said Diana Verm, Legal Counsel of the Becket Fund for Religious Liberty. “It is deplorable to see a discriminatory 19th century law being used to prevent children from access to quality education simply because the school may have religious ties.”

In its court brief, the Becket Fund argues, “To claim that the ESA Program funds ‘sectarian’ purposes is simply a modern spin on the same discrimination that birthed the Blaine Amendments.”

In a statement released by Becket on Oct. 28, Verm said, “It’s not the state’s role to protect kids from religious influence, Catholic or otherwise.  Parents shouldn’t be limited by 19th century  discrimination  when they are deciding  where to send their kids to school.”

Could the Nevada choice option offer the United States an opportunity to reconsider its 19th century abandonment of Catholic and other independent religious schools? A Nevada court, perhaps ultimately the U.S. Supreme Court, may eventually have to make that call.

Parents in Nevada are beginning to vote with their children’s feet. State Treasurer Dan Schwartz, one of the defendants in the suit and whose office is tasked with implementing the new law, said, “Every day I hear from parents who welcome the educational choice that this law enables. They are trying to do what is best for their children, and I am glad Nevada’s ESA program gives them the power to make that choice.”

Show Comments (
4
)
Comments are automatically closed two weeks after an article's initial publication. See our comments policy for more.
Vince Killoran
4 years 10 months ago
As a product of k-12 Catholic education, I defend the public school system as the last civic commons in our increasingly privatized, commercially structured society. No money--save that for support services and lunch programs--should be given to religious or private schools. When parents and teachers agree to fund public schools at an acceptable rate, and remain involved in the decisions about staffing and curriculum the record of public schools is very good. If you want to address the fundamental problem with public schools then advocate for the elimination of local public school funding.
Robert Klahn
4 years 10 months ago
Does the Nevada law insure a quality education for all the children of Nevada, or just those lucky enough to get into a private school? Do the private schools have to provide counseling for troubled students, students in trouble, handicapped physically or developmentally student? Can private schools boost their standing by kicking out children who don't perform as well? Most important, will this private school program just provide another excuse for not fixing the public schools? Are all Nevada public schools failing. If not, then we know failure is not built into public schools, so make them work. If so, the private schools will have a lot of students to absorb.
L J
4 years 10 months ago
Public schools have failed tremendously. Private schools do a far better job in educating children given the parents pay for performance. Anything given for free will not be appreciated. I heard it a thousand times as a child from my Latino parents who knew no English, we lived dirt poor and we did not take a dime of welfare: "be educated unlike us" (translated from Spanish). They made it happen. Meanwhile I have surpassed Anglo children of my age group professionally, educationally and have a command of the English language which I lacked as a child, something that White Anglos never let me forget. Today's kids in public schools suffer far worse a malaise than that which is found in few places except the Veterans Hospital Administration, the US Postal Service and US Congress. When something is given for free, performance drops dramatically. Why else do our elected officials in the US Congress do absolutely nothing for a 6 figure income? Because they can. Parents should have the last word on how their children are educated. If they can't/won't do it, then they should pay someone who will. They will find a way to do it - they've got their cell phones, latest electronic gadgets, internet service, TV satellite service, alcohol and truckloads of American toxic food. Two-thirds of the USA is either overweight or obese - and that costs money to get to that point. Pride, Sloth, Gluttony. timeless sins. People will hustle when they want something badly enough. Until parents take an interest in their children, functional/healthy families will continue to be a minority , the government will be seen as the "only way" to resolve personal problems, and America will continue to be a society of entitlements. English is my second language. I learned it in private (Jesuit) schools paid by parents who loved me enough to do whatever it took to provide me what they never had. That is the love of a parent and I owe them everything. Would that other parents do the same today, particularly the White Anglo parents...the majority.
Vince Killoran
4 years 10 months ago
"Anything given for free will not be appreciated." This mindset is part of the problem. Public schools aren't "free." We pay for them with our taxes and we vote for local school boards and participate in parent-teacher organizations etc. It's about being a citizen, not a consumer. As for immigrant success in the public schools, I refer you to the generations of Jewish-Americans who came through the public schools (and universities such as CUNY) with great success and civic mindedness.
Advertisement
More: Catholic Education / US Politics / US Church / Supreme Court