Spires or Tombs?: The editors on Hiroshima and Nagasaki 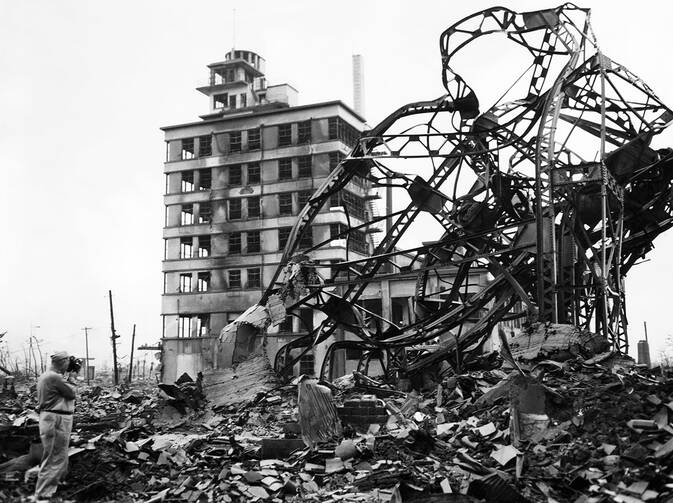 Though he try fiendishly and implacably, it is not given to man to destroy mankind. It was God Who brought the human race into being; it is His Providence, and not man’s passion for tearing down, that will bring mankind’s earthly sojourn to an end.

But man can embark on a course of destruction; he can harness the forces of nature by the keenness of his God-given intelligence and the skill of his God-given hands, and he can unloose those forces not for the beneficent ends that God wills, but for the purpose of ruin, destruction and chaos.

In the stark history of war, ruin has been winning the race against protection; offense has been outstripping defense; now, against the fleets of Superforts, the incendiary bombs, the speed of jet planes, there is little adequate defense. For a time defense may gather its forces, may consolidate and ward off the growing attack for a short respite, but the fury of the attack mounts, and defense, security, safety, retreat into a further dwindling pocket.

What defense can there be, then, against the awful forces that have now been unleashed with the utter terror of the atomic bomb?

What defense can there be, then, against the awful forces that have now been unleashed with the utter terror of the atomic bomb? In the nightmare world that opens up on our vision, is it too much to envisage mankind underground? With our sun-lamps, our air-conditioning, our synthetic foods, it is certainly not too fantastic to see the future world, some generations hence, not walking free in God’s sunshine and air, but burrowing deeper into buried cities. In place of cathedral spires and church towers reaching to the heavens, the most familiar architecture man knows may be the catacombs and warrens of his subterranean shelters.

Whatever the Martian changes that may overtake our physical life as a result of this astounding discovery, in the moral sphere there can be no doubt that the atomic bomb brings us face to face and inescapably to a realization that here is spelled out for us either the end of all wars or a nightmare future. The secrets of the bomb, no matter how well guarded, no matter how determined America, Britain and Canada are that they be shared only by the “peace-loving” nations—those secrets will out. The bomb will be the common weapon of nations at some not-too-remote time. When that time comes, if war shall not have been rendered simply unthinkable, every nation in the world will but cower under the threat that any enemy to get in the first blow will have a head start in the race to annihilation.

In place of cathedral spires and church towers reaching to the heavens, the most familiar architecture man knows may be the catacombs and warrens of his subterranean shelters.

It is supremely deplorable that this marvelous discovery has come at a period in the world’s history when nations are least capable of using it constructively. It has come when national morals are at a dangerously low ebb; when the noble principles of such documents as the Atlantic Charter yield all too easily to national self-interest.

In the face of this, we, as Catholic Americans, are forced into taking a vigorous, vocal stand: either we have to bend all our energies, intellectual, moral, civic, to making the United Nations’ Charter work, and work on the high levels of Justice and charity, or we have to resign ourselves and our children to wars that are inconceivably horrible.

Was bombing Japan the only option?
Robert Deiters

The moral issues raised by the discovery and use of the atomic bomb are numerous and extremely grave—so grave, indeed, that moral theologians will hesitate to give a forthright decision as to whether or not its use as a weapon of war can be justified for any reason or on any grounds. For here the reasons which to some seemed to justify the use of ordinary bombs do not hold. The range of its destruction cannot be confined to anything that might be called an authentic military target. Its long-range consequences, moreover, are fraught with such frightful menace for all human existence on this planet, that a literally tremendous weight of responsibility rested upon those who decided that it should be used. They seem to be aware of their responsibility, and that they have in their hands a power that sooner or later will pass from their exclusive control and become common property. It is our earnest prayer that the evil which will come from the atomic bomb may not outweigh the good which our war leaders, rightly or wrongly, hoped to achieve by its use. 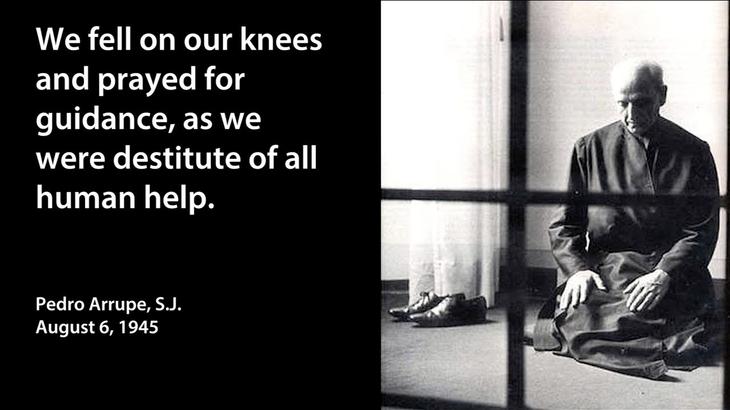 Show Comments (
1
)
Comments are automatically closed two weeks after an article's initial publication. See our comments policy for more.
Paul Ferris
6 years 11 months ago
Wow, spoken prophetically in 1945 and could have just as easily have been written today. No one has been able to stop the spread and increase of nuclear weapons. Ironically the only person who did unilaterally try to disarm was a communist atheist Michal Gorbachf ....we still do not have the answer....some Catholics have gone to prison demonstrating against nuclear weapons but they have not attracted followers. The official American Bishop's response has been a bit equivocal....The Challenge of Peace....