When it comes to abolishing the death penalty, who should decide? 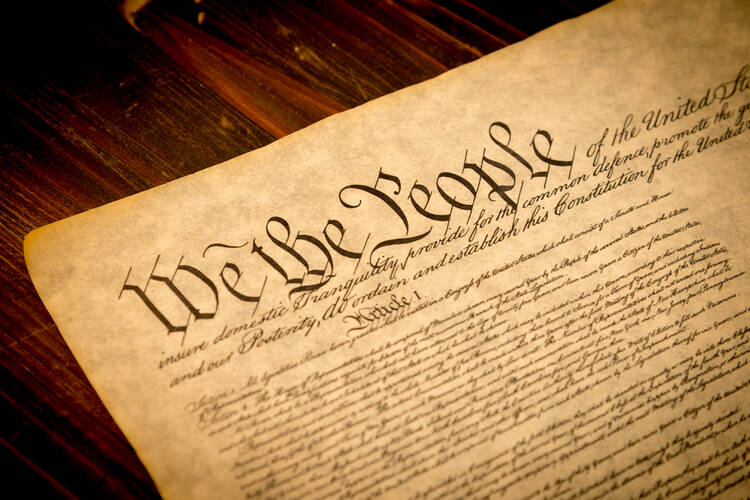 That said, during the last 40 years or so, the Supreme Court has proceeded on the premise that, constitutionally, “death is different” and so has developed a variety of rules that regulate death penalty statutes, procedures and methods and that limit who may be executed and the crimes that are punishable by death. This is a complicated, controversial and evolving body of doctrine. It can be seen as a dialogue, or conversation, in which the justices first tell governments that the Constitution permits capital punishment in the abstract and then engage those governments in a decades-long and ongoing back-and-forth that gradually limits, without directly banning, the death penalty.

Relatively few of the Court’s death penalty cases have involved constitutional challenges to the method of execution chosen by death penalty jurisdictions. In 1879, the Court upheld a death sentence by firing squad and in 1890 it turned back a challenge to the electric chair. More recently, in 2008, the Court allowed a particular three-drug protocol for lethal injections.

In today’s case, the precise question before the Court was fairly discrete and focused: Does the modified lethal-injection protocol in Oklahoma violate the Eighth Amendment by creating “a demonstrated risk of severe pain” that is “substantial when compared to the known and available alternatives”? A federal trial court had rejected this argument, and the justices—in a 5-4 decision—determined that this rejection was not “clear error.” Justice Alito’s opinion for the narrow majority focused primarily on evidence and expert testimony, and emphasized that courts are not well suited to closely monitor how particular drugs work or to compare in a fine-grained way one execution procedure to another.

What was more striking, perhaps, than the majority’s resolution of the question presented was the sharp exchange among four justices about a question that was not before the Court but is, probably, on most readers’ and citizens’ minds, namely, should the Supreme Court abolish the death penalty? Justices Stephen Breyer and Ruth Bader Ginsburg reported that “changes that have occurred during the past four decades” led them to conclude that the “death penalty, in and of itself, now likely constitutes a constitutionally prohibited ‘cruel and unusual punishmen[t].’” Both Justices Scalia and Clarence Thomas responded forcefully to this suggestion, insisting that whatever the moral or policy merits of capital punishment, “[t]he Framers of our Constitution…handled it the same way they handled many other controversial issues: they left it to the People to decide.”

This case and, more dramatically, this exchange highlight—as did Friday’s decision constitutionalizing same-sex marriage—one of the most important questions in constitutional law: Which divisive and difficult questions of morality and policy does the Constitution leave to the democratic process and which ones has it removed from politics? For about a century, this question has sharply divided citizens and justices alike. When the Court strikes down as unconstitutional a policy that we think is justified, or at least debatable, we are likely to cry “activism!” or “overreach!” When the Court lets stand a policy that we embrace, or at least think is reasonable, we tend to praise it for its “humility” and “restraint.” When it comes to the role of judges and the power of “judicial review,” few of us achieve perfect and principled consistency.

It is possible to think that, for example, abortion should be generally legal while at the same time believe that the Court got it very wrong, in Roe v. Wade, when it declared that the Constitution—rather than elections, legislation and compromise—answers all questions about abortion’s legality and regulation. The same can be said—indeed, Chief Justice Roberts underscored this point in his dissent in Friday’s ruling—about same-sex marriage. And, similarly, one can firmly oppose capital punishment as a failed and unjust policy while believing that, in our system, its abolition depends on persuading our fellow citizens and not five justices of the Supreme Court.

Richard W. Garnett is the Paul J. Schierl / Fort Howard Corporation Professor of Law at the University of Notre Dame.

Richard W. Garnett
Show Comments (
2
)
Comments are automatically closed two weeks after an article's initial publication. See our comments policy for more.
J Cabaniss
7 years 7 months ago
As we have seen in a number of recent rulings, most notably the case just decided regarding Obamacare (King v. Burwell), words mean whatever the court wants them to mean. That capital punishment was acceptable when the Constitution was adopted is simply irrefutable. That fact, however, as Ginsburg and Breyer make plain, will not keep SCOTUS from proclaiming it unconstitutional. It is not clear what can be done to reign in a court that has so clearly exceeded its legitimate boundaries, but it is a situation that calls for some serious attention.
Anne Danielson
7 years 7 months ago
Human Life is Sacred, and because we recognize the Sanctity of human life, we are obligated to protect human life from those who desire to do us harm. Here is The Catholic Church's teaching on the death penalty: https://www.ewtn.com/expert/answers/capital_punishment.htm Regarding God's Intention for Marriage and The Family, the marital act is Good because it is Life-affirming and Life-sustaining; an act that does not respect the inherent personal and relational Dignity of the human person is not and can never be an act of Love. The desire to engage in certain acts, does not change the essence of Love, for every act of Love is ordered to the inherent personal and relational Dignity of the persons. (See The Communion of Perfect Love, The Blessed Trinity). Regarding abortion, The Court got it wrong because it claimed that the Roe v. Wade ruling was consistent with the Constitution, when the Constitution serves to protect and secure the inherent Right to Life of all persons, including those sons and daughters residing in their mother's womb. You have been you from the moment of your conception, and I have been me, from the moment of mine; I, you, and me, are personal pronouns because we are sons and daughters of human persons. Intimate choices may define one's beliefs on sexual morality, but they do not define personhood. http://mirrorofjustice.blogs.com/ Due Process applies to persons. Persons exist in relationship, not as objects of sexual desire/inclination/orientation, but as sons, daughters, brothers, sisters, husbands, wives, fathers, mothers.