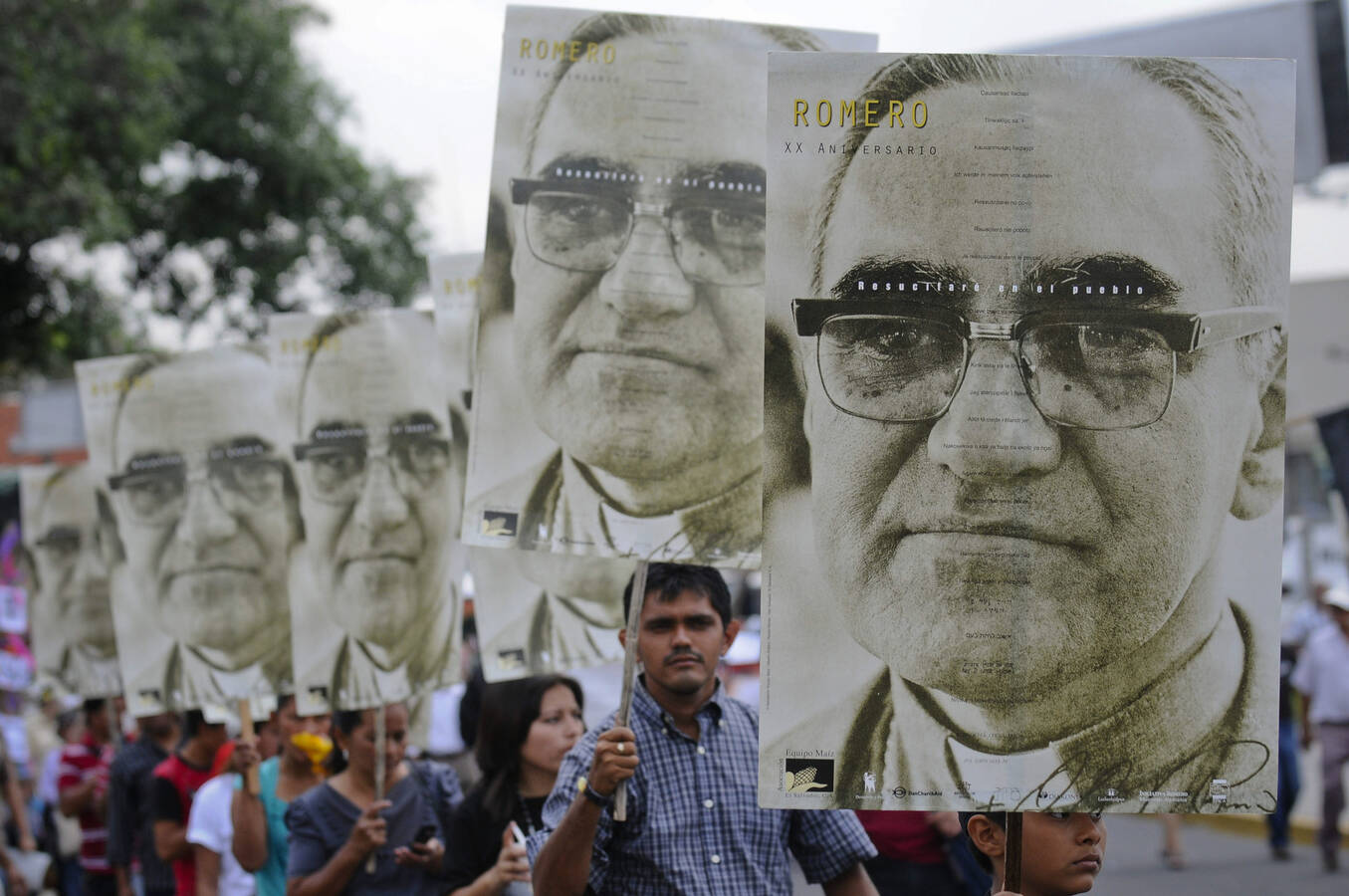 An outspoken champion for the people who were suffering during El Salvador's brutal civil war, Romero, the archbishop of San Salvador, was murdered on March 24, 1980. His death was celebrated by the military and the ruling class. The night before his murder, the archbishop made a personal appeal to the soldiers responsible for the escalating violence in El Salvador: “I beseech you, I beg you, I command you! In the name of God: Cease the repression.” The next day, he was gunned down while saying Mass.

As we wrote during his beatification:

“Romero had as many enemies in death as in life, but we will not be hearing much from them. Everyone these days—even those who hindered his cause for sainthood on the grounds he was a Marxist, even those who promote an economic creed against which he prophesied with hellfire and brimstone, even the erstwhile allies of those believed to have murdered him—has nothing but love for Óscar Romero.”

Cardinal Rosa Chávez, a loyal friend of Romero, noted, “I wish that his memory were consolidated and that it would inspire new pathways to reach the country we long for, a country that is peaceful, just, supportive and fraternal.

Faith Faith in Focus
Why I can’t keep Romero at a safe distance
Roger BergmanMay 11, 2009

Help America keep you in the know.

Subscribe to our magazine to support our editorial mission, or follow us on social for commentary and more.