Which foreign policy issue worries you the most? America readers weigh in. 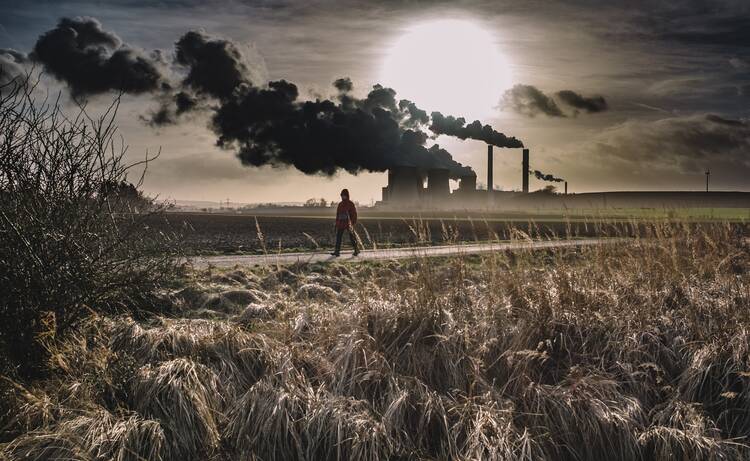 When asked which foreign policy issues worry them the most, 42 percent of our reader sample told us they were most concerned about climate change. From Shoreline, Wash., Julene Newland-Pyfer noted that climate change has especially adverse effects on those who are already marginalized. “Climate change affects everyone worldwide, especially the poor and most vulnerable,” she said. “I am horrified that the president has withdrawn the United States from the Paris climate accords. We should be leading these efforts.”

Many readers also pointed out that in comparison with other foreign policy issues, climate change’s consequences are the broadest and have the most impact. Mary Louise Hartman of Princeton, N.J., explained, “If we do not get climate change under control, we will have to worry twice as much about all the other issues.” Kelly White O’Neill of Santa Maria, Calif., agreed: “The destruction of the planet makes everything else moot. And the fact that my own country won’t even face the truth about this makes it doubly important to contend with.”

Twenty-four percent of respondents to our informal survey said that nuclear proliferation worried them more than any other foreign policy issue. Mike Griffin of East Marion, N.Y., told America that his “greatest fear” is “President Trump initiating or antagonizing a nuclear war with North Korea.” An anonymous reader from Fishkill, N.Y., said, “I am very much afraid that nuclear war is more likely now than at any other time in my lifetime—and I lived during the Cold War, hiding under my desk for those ridiculous drills.”

Relations with Russia were deemed the next greatest cause for concern among foreign policy issues, with 13 percent of readers choosing this option. Philip Sclafani of Los Angeles, Calif., explained, “Russia is a formidable clandestine supporter of propagandistic incitement in Georgia, Ukraine, Brexit and on a much larger scale in the U.S. presidential election.” 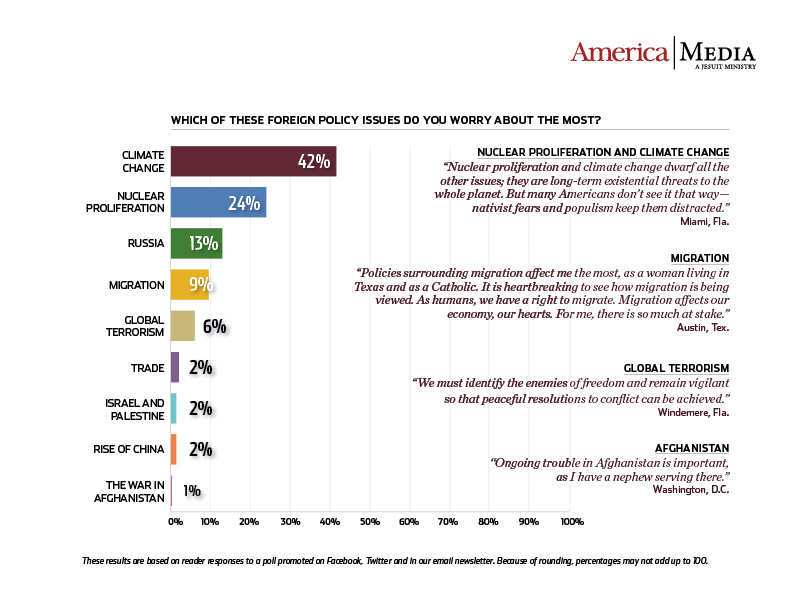