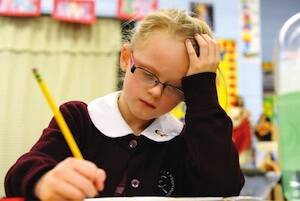 School-choice initiatives were given a big boost in late March when the Indiana Supreme Court upheld one of the country’s most comprehensive school-choice programs. The state court backed a 2002 U.S. Supreme Court ruling that said that because school vouchers primarily benefit families, they could not be viewed as an unconstitutional state support for religion.

Currently, there are 30 school-choice programs in 17 states and the District of Columbia that serve more than 250,000 students. School-choice programs—primarily vouchers and tax-credit scholarships—have continued to grow since 1990, when the first school-voucher program started in Milwaukee, followed close behind by similar programs in Ohio and Florida.

In the past two years, five new states have added school-choice legislation, while other states have expanded programs that were already in place. But for all the steps forward, there are still school-choice programs that do not receive approval, including a recent voucher proposal in Kansas. Congress also has not been keen on voucher legislation. Recently, the Senate voted down more than $14 billion in federal money for school vouchers for low-income families in an amendment to a spending bill.

John Schoenig, director of the University of Notre Dame’s Program for Educational Access, acknowledges that the “pace may be slow” with school-choice initiatives, but he also thinks the movement is seeing a positive turn.

“We’ve never had so much wind at our back,” he said, noting that public opinion on the issue is changing. He said states that have accepted some type of school choice in recent years are from “across the political spectrum”—for example, Utah and Rhode Island.

He said that as more states use vouchers or tax credits, this improves the likelihood that other states will adopt them and noted that “the more we can demonstrate success, the easier it is to debunk the myths out there and to say it is in our best interest to put educational choice on the table.”

Schoenig said school choice provides unique opportunities for Catholic schools that the church should be “taking more advantage of.” For example, he said, there are “400,000 empty seats in Catholic schools nationwide, and approximately 36 percent (of them) are in states that have a school-choice program.” Recent Catholic school closings, he added, may provide an impetus for creative thinking about ways to ensure these schools remain vital, like lobbying for and tapping into school-choice legislation.

In January, 40 bishops met in Washington to discuss school-choice options and how Catholic leaders can be more involved. Sister John Mary Fleming, O.P., executive director of the U.S. bishops’ Secretariat of Catholic Education, noted that when bishops have been active in promoting some type of school-choice legislation, it often passes. But she also stressed that the bishops approach this with “their eyes open,” being sure to avoid school and government entanglement and federal and state officials “reaching into Catholic education.”