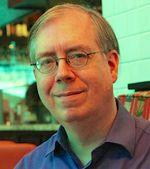 An episode of the sitcom “The Beverly Hillbillies,” in which Granny mistakes a kangaroo for a “giant jackrabbit,” set a viewership record on Jan. 8, 1964, and legend has it that Americans wanted a bit of escapism after the assassination of President John F. Kennedy. But in much of the country the only alternatives that evening were the ponderous medical drama “Ben Casey” and an NBC special on Pope Paul VI’s visit to Bethlehem and Jerusalem. (The latter was the kind of program the networks would sprinkle across their schedules when they feared the government might take away their licenses for not serving the “public interest.”) At a time when families watched television together, and parents somewhat guiltily used the “idiot box” as a way to pacify the kids, it is no surprise that a comedy was the popular pick of the evening.

Nothing like “The Beverly Hillbillies” could be produced today. Maybe the idea of a dirt-poor family in the Ozarks becoming millionaires would result in a truly inventive animated series, or a drama in which Jed Clampett questions what his new riches say about his purpose in life, or a reality series that explored sex and drugs in Beverly Hills. But a show that attempted to entertain everyone in the family and stayed away from politics, religion and anything controversial would be pointless in 2015.

Today’s audience has been splintered by hundreds of cable networks and websites like Netflix. It’s a cliché to compare the style of contemporary TV dramas to novels, but the comparison also applies to how people view television series today—when they want and at their own pace. Thoughtful programs can slowly find an audience through word-of-mouth or through their inclusion on college syllabuses, as has been the case with HBO’s drama “The Wire.”

“The Wire”—which began as a look at the war on drugs in Baltimore and zoomed out to cover city politics, public education and journalism—is the most prominent example of a TV series informing public debate in the same way a novel like “The Grapes of Wrath” or a nonfiction exposé like “Silent Spring” once did. We’ve also seen nuanced depictions of American politics on this year’s miniseries “Show Me a Hero,” which dramatized the fight to desegregate public housing in Yonkers, N.Y. Even a more comedic series, like “Orange Is the New Black,” can provoke debate about our prison system.

Other series tackle the big question of what makes a fulfilling life, with “Mad Men” questioning consumerism and the blind drive for status. In the 1980s, that AMC series would not have attracted enough teenage viewers to last more than a few episodes, but now a show that merits repeated viewings by a small audience can be profitable. There have been even smaller audiences for such programs as “Enlightened,” about the paradox of a self-absorbed social activist, and “Rectify,” which centers on a man released from death row and poses tough questions about faith and forgiveness.

Journalism has not necessarily benefited from this splintering of the TV audience. News divisions operate by the old rules of getting large numbers of viewers now, not in a few years on Netflix. Often the result is sensationalism and appeals to partisan prejudice. The trend toward niche programming may also limit subject matter on dramatic series. “Friday Night Lights” was lauded by critics, but few blue-state viewers were interested in a show about high-school football in Texas. “The Wire” gave little attention to churches in Baltimore’s black community, perhaps because it would be a turn-off to upscale HBO viewers. The vast wasteland is gone, but there is still room for growth.

This article also appeared in print, under the headline “TV Comes of Age,” in the September 28, 2015, issue.

Robert David Sullivan is a freelance writer and editor living in the Boston area. Twitter: @RobertDSullivan.