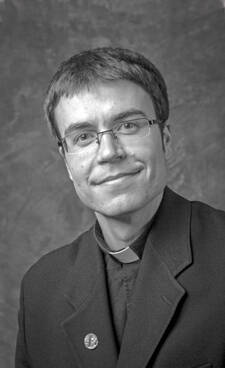 A coworker of mine was struggling to get her students to understand the concept of tolerance during a discussion in her sophomore English class. Seeing in class a pair of best friends, one Christian and the other Muslim, she used them as an example of people who showed tolerance towards each other. “I’m sorry, madam,” the Christian student said, “but I still don’t understand.”

Though he is one of the top students in the class, he struggled to grasp the concept. He couldn’t fathom the idea of intolerance. Having a best friend who happened to be Muslim was as normal for him as putting on his school uniform. He was not trying to be tolerant; he simply enjoyed being with his friend.

I teach in Dar es Salaam, Tanzania. The city’s name means “haven of peace,” and despite many outsiders’ perceptions of Africa, Tanzania has been for the most part a peaceful refuge. Several bordering countries, like Rwanda, have experienced significant ethnic tensions, but Tanzania has been a model for different people getting along together smoothly—until recently.

In May a bomb exploded during the inaugural Mass of a Catholic church in Arusha, Tanzania, killing three people and injuring 60 others. Earlier in the year, a Catholic priest was shot and killed on the Tanzanian island of Zanzibar, one of several recent attacks on religious leaders on this island that is approximately 97 percent Muslim. A Muslim cleric was attacked with acid in November, and a different Catholic priest was shot on Christmas.

Last year, five Christian churches were burned in Dar es Salaam by a mob after a 14-year-old Christian boy allegedly urinated on a Koran. Earlier this year, about 200 Christian rioters attempted to set fire to a mosque in southern Tanzania.

One hopes these are isolated incidents that will not expand into something larger. After each of them, life mostly returned to normal. Even President Obama visited Tanzania in July, seeming to give his imprimatur to the direction the country is taking.

People do fear, however, that like those churches, it would not take much for the political-religious situation to catch fire and that Tanzania will no longer be a haven of peace.

Government leaders have responded to recent incidents with strong statements condemning the violence, though many say they have heard similar words before but have not seen action.

Tensions between political parties have also increased and will likely be high before the next presidential election in 2015. While in reality there are both Christians and Muslims in all the major parties, some see the primary opposition party as mostly Christian, and a bomb attack at a political rally of the party in June killed three more people.

Tanzania has a young and booming population. Many have fled from rural areas dreaming of success in the cities, only to see their hopes dashed. A large population of young men frustrated with a lack of opportunities is a potential breeding ground for extremist ideologies.

Many people here have expressed to me their frustration with media from outside that focus solely on what is bad in Africa, without showing the beauty.

Just as extremists are not representative of most believers of a religion, recent violent events have grabbed headlines, but they fail to capture the thousands of beautiful, peaceful interactions that take place daily among neighbors, coworkers and classmates of different faiths.

When people come to a microphone here, they often first exchange a call-and-response religious greeting with their audience: “Praise Jesus Christ!” “Forever, amen!” In order to be inclusive, however, as they are often addressing a religiously mixed group, many will also offer the Arabic greeting of peace: Assalamu alaykum.

During Ramadan this year, I often took an evening walk and was invited to break the fast and share life with Muslim neighbors. These sacred encounters are far more representative of my experience of the country than any incidents of violence.

At the same time, the recent bombings and shootings that seem to be religiously motivated make clear that things could get really ugly.

I pray that the future looks like what I see daily and not what I read in the headlines.