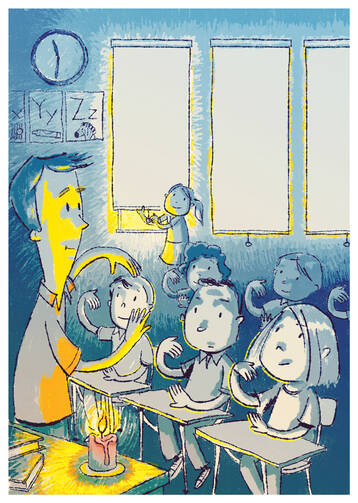 I have come to trust my stumbles. Philosophically, I believe stumbling to be the natural human gait and that humanity’s steady march of progress has, indeed, generally been a matter of tripping, bumping into walls and clipping corners. As for my own march of progress, such as it is, it’s the times when I have assumed the most confident stride that often have proved the most delusional and disappointing. On the other hand, there has been an ontological honesty to my stumbles, an odd sense of direction beneath their unsure footing, and they’ve usually landed me in places I need to be, places confidence never would have brought me.

I stumbled into catechesis. Last summer I was looking for a way to become more involved at my church when I noticed on the parish website a call for catechists for the upcoming year. So I shot an email to the director of religious education telling her that I had taught young children, had done confirmation preparation with teenagers and was looking to get more involved—what did she think? She wrote back within minutes saying yes, I should definitely do this, and attached a list of available positions. It hardly felt like a stumble at all. Yet right after I hit “send” on the email message agreeing to be the catechist for the third-grade students that fall, my heart started pounding. At the time, I wasn’t quite sure why. I told myself I was just excited. But there was a deeper tug to the excitement, and on some level, I think I knew that my life was about to change.

The most profound change was in my experience of time, and I could feel it almost immediately. Having very little past and so much future that it is hardly real, third graders exist almost entirely in the present. Large blocks of time are absurdities to them; history is a mix-and-match book of fantastic characters and far-off lands, and when I told them the church was over 2,000 years old, they thought that Jesus and the apostles had to watch out for dinosaurs.

This same immediacy means that they can carom wildly between intensity and distraction, passion and disinterest. But it also creates a dizzying openness in which there can be a sudden upsurge of the Spirit that carries us somewhere beyond the day’s lesson and closer to the God we know without following any lesson plan at all. (Once we were talking about doing nice things for people, and a girl told us about visiting her aunt when she was sick in the hospital. “We brought her a candy bar,” she said, “but she still died.”)

They live by a simple code: Things should be fun. And if something is fun, it should be repeated and, if possible, be even more fun the next time. They love Aesop’s fables. I used them to introduce a unit on parables and they were a big hit, so now we start each class with a couple of them. This is where third graders are terrific. They love it that the fables are animal stories, but they also love the moral discussion afterwards, which I’ve come to call “Baptizing Aesop,” since more often than not the kids totally Christianize the moral. (“The donkey should have forgiven the rooster.”)

They love reading about the saints, though at first they thought martyrdom was stupid. I realized I had to teach about Martin Luther King Jr. first and then backpedal to St. Agnes. (They also love Moses, and I’ve fielded several requests to return briefly to the Old Testament.)

They love to ask questions:

“Why is Mary stepping on a snake?”

And they love fire. Their favorite part of our in-class prayer service is the lighting of the candle. By third-grade logic, if you’re going to light a candle, the rest of the room should be as dark as possible. First, they wanted the lights out; the next week they decided the shades should also be drawn. (The lights-putter-outer, shades-drawer and candle-lighter are now highly coveted nonordained ministries.) I realized that they thought a prayer service should be kind of spooky, and I think they are probably right. One week we did an entirely silent service. I had been teaching them the Apostles’ Creed in American Sign Language, and we decided to do the part we knew for the prayer service. And as my eyes adjusted to the light after the candle was lit, I saw them at their desks in the shadows at the soft periphery of the candlelight, their arms moving slowly in the gestures of the Creed.

I have come to believe that it is the graced immediacy of children that made Jesus say they were close to the Kingdom of God, and spending an hour a week so close to the Kingdom has changed my own sense of time as well. I have a past with this faith community, and I very much have a present, but now I even have a future. Part of me, I hope, will live on in this parish, in these children, in their faith; part of me—the best part—I hope will live on in the church. In the meantime I shall stumble onward, because the good thing about stumbling is that sometimes you stumble right into the arms of God. 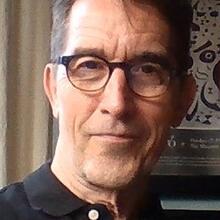 Jeffrey Essmann, a writer whose work has appeared in The New York Times and The Washington Post as well as numerous literary journals and magazines, is a catechist at St. Francis Xavier Parish in New York.

Show Comments (
1
)
Comments are automatically closed two weeks after an article's initial publication. See our comments policy for more.
Christian LeBlanc
7 years 11 months ago
I used to teach RCIA and Adult Ed, then around 2003 was shanghai'd into teaching 6th grade catechism. Kids are such a wonder. It is the best; but I would never have chosen it on my own.