Reply All: America’s readers weigh in 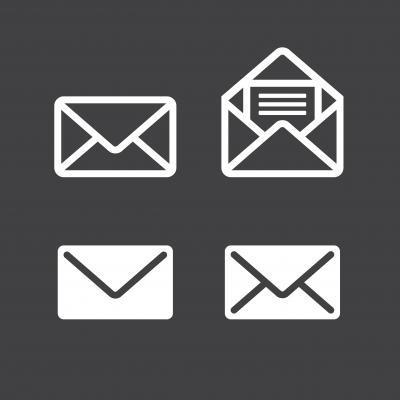 I was deeply disappointed in the choice of picture to accompany “The Glamour of Evil,” by Gerald Schlabach (2/8). Granted, the gal is wearing an outfit I wouldn’t be caught dead in because it is way too revealing. Nonetheless, I believe it’s pairing with an article on “evil” is deeply offensive. What was America trying to convey? Women are evil? Certain clothing choices are evil? Alcohol is evil?

In my mind pictures of an atomic bomb and its destruction, the institutional church’s lack of appropriate and timely response to the clergy sexual abuse crisis, the way the people of Flint were lied to and endangered—now those are evil in my mind.

This picture was sexist and inappropriate to be paired with an article on evil. America’s readers deserve an apology and a firm resolve to do better in the future!

Congress Behind the Curtain

Thanks to the editors for bringing attention to Congressman David Jolly’s Stop Act legislation in “Dialing for Dollars” (Current Comment, 2/8). It is greatly appreciated. However, I need to point out Mr. Jolly’s bill is aimed at Congressional reform; it is not campaign finance reform. The Stop Act is simply about getting members back to work and doing the job they were elected to do.

I fear the comment misses that and makes readers believe this is a proposal designed to tackle campaign finance; again, that is not the case. Those who would like additional background on the bill can read “Peeling Back the Curtain,” an op-ed Mr. Jolly penned, available at floridapolitics.com

In “Students Hike Own Fees” (Current Comment, 2/1), the editors praise students at Loyola University Chicago for voting to raise their own fees “to create a scholarship fund for undocumented immigrant undergraduate students.” So, my alma mater is now supporting illegal activities? Maybe the accounting department can have a class on how to embezzle money? As a former member of the student government, I am pretty disappointed.

Re “Our Reason for Being,” by Don Briel, Kenneth E. Goodpaster and Michael Naughton (2/1): I graduated from a Catholic women’s college at a time it was merging with a Jesuit men’s college. We were not just in single sex dorms, but on single sex campuses. We had mostly (maybe all) Catholic professors. We had crucifixes in every classroom; and most professors started class with a prayer. We were required to take six semesters of philosophy and six of theology long before “peace and justice” studies had arrived. My classmates and I grew up in the pre-Vatican II church, doing all the things that some believe would be the magic needed to stem the hemorrhaging of adults from the Catholic Church.

There is no panacea, no magical formula to “keep” young adults in the church. Studies show that while young adults still believe in God, they see institutional religion as irrelevant, wrong and/or hypocritical. They love Pope Francis, who speaks of love and mercy. But they do not return to the church because it is unlikely that his papacy will leave a lasting impact on the church.

The issue of “Catholic identity” in Catholic universities and colleges is not as simple as some would have it. Many young Catholics are far more attracted to the social justice teachings of the church than they are to the judgmental aspects of the doctrinal teachings. Perhaps there is a need for more of those “peace and justice” courses rather than fewer.

While I enjoyed “Cupich: Confront Gun Violence,” by Judith Valente (2/1), the author is incorrect in implying that the “seamless garment” image originated with Cardinal Joseph Bernardin of Chicago. Cardinal Bernardin coined the phrase, “a consistent ethic of life” at the Gannon lecture at Fordham in 1983.

The phrase “a seamless garment” was first used in 1971 by Eileen Egan, a pacifist associated with Dorothy Day and the Catholic Worker movement, to describe a holistic ethic of life and to challenge those members of the pro-life movement who were in favor of capital punishment. The seamless garment philosophy, according to Ms. Egan, holds that issues like abortion, capital punishment, indiscriminate warfare and euthanasia demand a consistent application of moral principles that value the sacredness of all human life. “The protection of life,” said Ms. Egan “is a seamless garment.” Ms. Egan was the official biographer and friend of Mother Teresa of Calcutta, worked resettling refugees in Europe after World War II and was one of the founders with Dorothy Day of Pax Christi USA, a branch of the International Catholic Peace Movement.

I was encouraged by the notation on “New Strategies to Support Mothers” in the Signs of the Times (2/1). The effort to broach the public square on the issue of abortion needs more than the “frontal attack” of protest, especially against Planned Parenthood. The Catholic Church has been establishing various facilities to provide women’s health care, but that alone will not be enough. If we can partner with facilities that do not do abortions and that do provide affordable health care to women, we can outflank Planned Parenthood. This would take the wind out of their “affordable cost” sail.

Re “A City Under Fire,” by Judith Valente (1/18): Gun control alone is not the answer. Gun control measures will be struck down by the U.S. Supreme Court, as long as the Second Amendment is in effect. First repeal the Second Amendment, and then gun control will become a reality. We the people of the United States need to live with peace in our hearts and extend our respect to human beings and to God’s creatures. The Second Amendment was important at the time it was added to the Constitution. But in 2016, when so much blood has been shed, it is time to repeal it. The above opinion is just a humble thought of this old man, a Knights of Columbus member and a permanent deacon in the Catholic Church, which teaches that God created all creatures, including the unborn, terminally ill and seniors at the gate of heaven. God alone has the right to end any life.

The Church of Tolerance

In her letter “From Tolerance to Inclusion” (Reply All, 1/4), Jane Bleasdale laments the achievement gap between white and minority students. As a retired teacher, I think the problem starts in the home, where children spend most of their time. Parents who are educated, who encourage their children to read, etc., usually send better students to classrooms. Minority families often lack educated parents who pass on high expectations for their children. We should challenge all churches to a more robust ministry in building up broken family cultures.

Ms. Bleasdale also includes L.G.B.T.Q. students as among those suffering injustice; she says we should challenge “oppressive structures in our society.” But there is a distinction: One is born a certain race, but one chooses a certain lifestyle. Every single person has immense dignity as a child of God. But a lifestyle at odds with Catholic teaching, like being a practicing homosexual, is not to be condoned.

Some people do not have a solid moral creed like Judaism or Christianity, so they often frown on those who do, preaching instead an “enlightened” tolerance for all, as in, “You’re not wrong and I’m not wrong.” But Pope Francis says he is a sinner. So I guess there is still a difference between right and wrong. Admitting one is wrong is hard, but it opens the door to seeking forgiveness from God, who is mercy.

Re “Defending the Middle Class” (Editorial, 1/4): The comparison of income quintiles has several limitations due to nonincome shifts, and the fact that these quintiles are relative and lend themselves to the sins of jealousy and envy. Even if all quintiles have improved actual material wealth, but the wealthier advance faster, it is seen as something negative. Another problem with quintile analyses is how quickly things can change for an individual unrelated to economic policies. A large influx of immigrants from a lower-income country can quickly improve their economic situation while appearing to hurt the lower class.

Then there is another cause of the loss of the middle class that has not been mentioned by the editors—the massive breakdown in the family structure, which includes reduced marriages, increased divorces, a hedonistic culture, loss of religious practice, etc. Government policies have unfortunately played a central role in this destruction. This knowledge used to be bipartisan (remember Democratic Senator Moynihan’s warnings), but ideology has now overtaken pragmatism in the big-government wing of American politics.

Our readers
Show Comments (
1
)
Comments are automatically closed two weeks after an article's initial publication. See our comments policy for more.
STEVEN PAYNE
5 years 4 months ago
In reply to Mr. Conner's comment about Jane Bleasdale's comments on "From Tolerance to Inclusion". I agree that lifestyles may be chosen. However, many heterosexuals choose a lifestyle that is at odds with Church teachings, not just LGBTQ persons. Many people inaccurately use the term lifestyle as a synonym for orientation. While lifestyles are chosen, sexual orientation is not. More and more scientific evidence is being found to support sexual orientation as being from birth. Whether someone is heterosexual, homosexual, or transgender, everyone has a right to seek God in a sincere way and should not be excluded from participation in the Church.