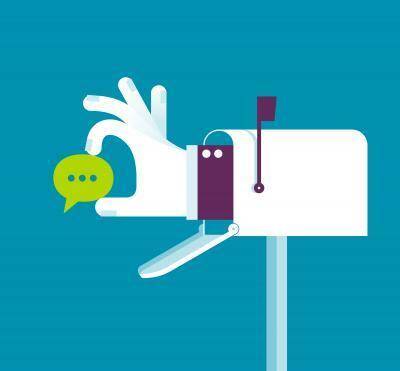 In “Longing for Communion” (7/18), Timothy P. O’Malley presents an important view on our relationship as Catholics with Lutherans, Anglicans and Methodists and on our different approaches to the Eucharist. Many of the comments on this article take me back to discussions I was involved with as a younger student. Now I wonder how important these differences are. We are all Christians. We all seek the truth and look to God for daily assistance. Most Christians pay little attention to the differences. We could resolve these differences next year, or in another 500 years, and from the pews you will hear an “O.K.” and people will move on.

I am not minimizing the great work of those within the church who seek to learn and guide us with these great mysteries. But in this age, when we see a great decline in worshipers in all Christian churches, we need to unify. I have a granddaughter and grandson who are members of the Anglican Church. When I visit them, I will attend and participate in their Communion service. It is important that I do so. Naturally, as a Catholic, I will also attend a Catholic service. Best to play it safe.

A Price to Pay

Re “To Love and Protect,” by Archbishop Blase J. Cupich (7/18): As long as the clergy and religious responsible for the sexual abuse of children do not have to pay for the wrongs they enabled or tolerated, or in some cases committed, and as long as it is the infinitely long-suffering faithful who have to pick up the tab for the crimes of others, the archbishop’s words will be nothing but a hollow and insulting mockery.

Dioceses should not have to be crippled, or their parishes destroyed, because of the crimes of the “evil shepherds” to whom they were entrusted. It would do the clergy and religious no harm if they were to be reduced to beggary for what they have done, instead of continuing in the cushy life of today's mendicant friars—who are mendicant in name only. Every penny should be paid by the offenders. For money collected from the faithful to be used to pay for the crimes of others is a further infamy in this unspeakably vile saga.

Re “A Pastoral Vision,” by John W. O’Malley, S.J. (7/18): I always enjoy Father O'Malley and agree that Francis is putting the spirit of the Second Vatican Council into practical action. Many have criticized the phrase the spirit of Vatican II; but, lest we forget, that very spirit is the Holy Spirit.

We must never dismiss Vatican II as not a “serious” council. In so many ways it was much more serious than Vatican I, which, yes, did define a doctrine, but was interrupted and adjourned for almost a century until it was officially closed just before Vatican II. The Second Vatican Council involved four autumns of inspired, lively, spiritual, ecumenical, contentious and wonderful debate, discussion, composition and promulgation by the one, holy, Catholic and apostolic church.

Re “A Rite of Service,” by Bill McGarvey (7/18): We have today in the United States a lot of pluribus but little unum. Mr. McGarvey is absolutely right about the value of a national service initiative. Young people lucky enough to be born here are inheriting a great country that, despite its shortcomings, offers unique opportunities. A stint in national service is a small price to pay.

Re Of Many Things, by Matt Malone, S.J. (7/18): In my many years of friendship with the Jesuits, including my brother, and of reading material by Jesuits, I have not heard or seen a claim like the editor's “elites (among whom I surely count myself).” Elite is defined as “a group of people considered (by others or themselves) to be the best in a particular society or category, especially because of their power, talent, or wealth.” Why would a Jesuit count himself among the “elite”? What would Pope Francis say?

Re “Duterte’s Tough Talk,” by David T. Buckley (7/4): The new president of the Philippine’s has zero tact and obviously does not follow the church's teachings on mercy and forgiveness. But I am happy that he is pointing out how wrong it is that our bishops drive S.U.V.s and have iPhones—considering our constitution exempts them from taxes so they could do more of their missionary work.

I think while the church ought to take a stand over how foul-mouthed President Rodrigo Duterte can get, the church should also take a look in the mirror. Pope Francis wrote, “You willed that your ministers would also be clothed in weakness in order that they may feel compassion for those in ignorance and error.” This is the Philippine Catholic Church's rude awakening.

In “Ordinary, Holy Families” (6/20), an analysis of the “Kasper approach” toward mercy, Julie Hanlon Rubio forgets the command that follows Christ’s extension of mercy as he went out to bring the prostitute, the tax collector and all the other sinners back to the life of grace: “Neither will I condemn thee. Go now and sin no more” (Jn 8: 11).

The author also omits some of the very comforting words of Christ, “Therefore shall you pray: Our Father who art in heaven” (Mt 6:9). Are we not called to be sons and daughters of God? What greater family is there than this? And yet it requires obedience to God: “Not every one that says, Lord, Lord, shall enter into the kingdom of heaven: but he who does the will of my Father who is in heaven” (Mt 7:21).

It is a sad and shallow sign of the times that obedience is equated with servitude. St. Ignatius demanded absolute obedience from his Jesuits—in fact, the Jesuits take a special vow of obedience—and that obedience is not out of servitude but out of love of our father God, and then love of neighbor.

Among the “many things” that Matt Malone, S.J., could not fit into the limited space of his column on North Carolina’s transgender bathroom wars is the notion that it is the obligation of the federal government to assure that civil rights are equally accorded to all citizens in all states (Of Many Things, 6/6). His assertions of “executive overreach” by the federal executive branch in response to “legislative overreach” by North Carolina are both overwrought.

The notion of “reasonable people reaching accommodations in their own community” is built upon the assumption of a perfectly representative democracy with an actively involved citizenry—a model of American government that is far from actual practice either today or in an idealized past. Rather, our participation is generally limited to changing the roster of our representatives every two to six years, a system with a built-in lag time, but one that also attempts to balance the dual needs of stability and responsiveness. Thus, the bathroom mentality of the North Carolina legislature is not particularly amenable to a timely restructuring by “the cool and deliberate sense of the community.”

It is in this context that we must rely on the federal executive to carry out its constitutionally mandated responsibility promptly and decisively, as a last resort to the inertia and demagoguery of other branches and other levels of our national government.

“Throne and Altar Time,” by John J. Conley, S.J. (6/6): I read with interest Father Conley’s complaint that he is getting “Catholic” voter guides that try to skew his vote toward Democratic candidates. The one’s I see are generally skewed toward Republican candidates, and focus solely on pro-life and pro-family issues and question President Obama, Hillary Clinton and the “radical” Supreme Court justices who “legislate from the bench.”

My response to them is that there are no “Catholic” candidates in either party. The Catholic Church has positions on life and family, and on immigration, climate change and the poor. As voters, we often do not have a good candidate to vote for among the choices. But we must sift through the rhetoric, claims and misinformation and vote. And we must always vote for the common good.

I pity the Catholic who gets elected because no issue is simple and their service is pledged to all the people who elect them. So, please do not tell me how to vote. Tell me the church’s positions on life, family and social justice. I can do the rest.