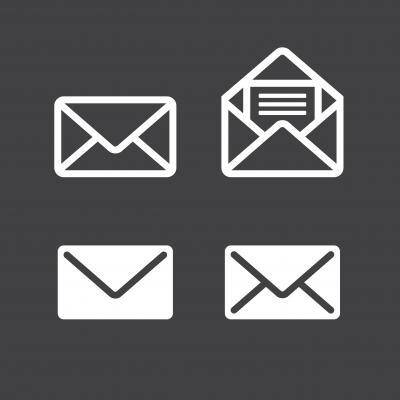 Re “Corporate Tax Conversion” (Current Comment, 5/9): The editors write: “There are moral reasons for corporations to pay their fair share of taxes. We should also reform the tax code to give them an economic incentive to do so.” This prompts another thought. A corporation is an association of people. So moral law no doubt applies to decisions made by corporations (actually by their board or officers). But the logic here is very close to the logic of the Supreme Court in Citizens United. Do the editors really want to go there?

Maybe Robert Reich, who served as President Bill Clinton’s secretary of labor, has a better idea, which he sets out in his book Supercapitalism. He suggests abolishing the corporate tax system altogether. Radical, but worth considering.

“High Pressure at Indian Point,” by Kevin Clarke (5/2), is an unbalanced and poorly researched analysis of a complex issue. Indian Point is safe. I worked there for over 30 years, living and raising my family less than four miles from the plant. I was at Indian Point when the concrete was poured for the six-foot-thick containment structure with reinforcing bars as thick as my forearm, designed to contain a steam explosion. Neither the Chernobyl reactor nor the Fukushima plants had such a containment structure. Indian Point’s containment was not designed to withstand a direct hit by a large airplane, but subsequent tests have demonstrated that such an attack would be unsuccessful.

Each year operations at Indian Point prevent the release of over 10 million tons of greenhouse gas and thousands of tons of other combustion gases from fossil-fired plants. These gasses would contribute to global warming and increase air pollution, which causes respiratory problems and deaths, in an area already suffering its effects. I still live less than four miles from the plant some 12 years after my retirement from my job as director of licensing for Entergy Nuclear Northeast in support of Indian Point and other nuclear plants in the northeast.

I was surprised and disappointed that America published “Imposing Independence,” by Séamus Murphy, S.J. (4/25), about the centenary celebration of the Easter Rising of 1916 in Ireland. The article’s major bias is one of present-mindedness. Because today Ireland and Great Britain are allies of a sort, and because today a tenuous peace holds in Northern Ireland, Father Murphy imposes those conditions on 1916.

In his retelling of the era, no mention is made of the hundreds of years of English oppression of the Irish, of the ferocious anti-Catholicism that not only accompanied but defined that oppression and of the bitter hostility of the Unionists toward Catholics in Ulster. Nothing is said about the deep Irish resentment that a war for freedom was being fought on the European continent, shedding the blood of Irishmen fighting in the British army, while Ireland still lacked its own independence.

In short, Father Murphy condemns the Rising’s centenary for celebrating an “anti-British, anti-unionist, violent” event without even pretending to explore the reasons Irishmen and Irishwomen might have had in 1916 to so vehemently oppose English rule in Ireland.

This piece certainly brought out Irish nationalism and pride. In context, America has been presenting a variety of views of the topic of the Easter Rising centennial. It is a challenging article. As one whose ancestors are from both Ireland and England (both Catholics who were no doubt oppressed and came to the United States, and Protestants, including one who died from injuries suffered in war) and who has visited Belfast several times and seen the still existing walls, I know it is important to look at this from a Christian perspective and not a tribal one.

Power From the People

Re “Presidential Powers” (Editorial, 4/18): There has never been a president who did not abuse the powers of the office. The ongoing trouble is that the people are too ready to accept the abuses of power of one president as the “new normal” under the next president and never mention them again. We know that executive officers will abuse the power that is given them; it is the inevitable human condition, which is why we established a system of checks and balances. But those checks and balances fail when we decline to enforce them simply because a certain abuse of power has come to be seen as merely routine.

For example, the fact that every president since Theodore Roosevelt has claimed the authority to send soldiers into combat when and where they please—without the consent of, or even notification to, Congress—does not mean that authority is lawful. The authority to declare war rests solely with Congress. But because we have chosen to continually disregard this essential check on abuse of executive power, we have degraded it to a point where members of the current Congress actively encouraged the president to go to war without even asking Congress in its official capacity to comment just so that they could avoid “going on the record” with votes for which they could be held accountable.

On Dec. 2, 1980, the lay missioner Jean Donovan, the Ursuline sister Dorothy Kazel and the Maryknoll sisters Maura Clarke and Ita Ford were tortured, raped and murdered on a dirt road in El Salvador. One May 24, 1984, five former members of El Salvador’s national guard were convicted of these heinous crimes.

In “A Washington Dramatist” (4/18), Tom Fox’s review of John Norris’s biography of Mary McGrory, we read of “U.S. complicity in the death of the four missionary women in El Salvador.” In the 36 years that have elapsed since the tragic homicide of these four heroic women, I have never heard, nor read, nor has anyone ever hinted that the United States was complicit in their killings. What a horrendous charge to advance against this great nation of ours.

Mr. Fox attributes this accusation to Mr. Norris and Ms. McGrory. What proof, what documentation was offered to support this charge? Shame on Tom Fox, John Norris and Mary McGrory. This the height of yellow journalism!

The Stigma of Sin

In “Don’t Be a Jerk” (4/18), James Martin, S.J., admonishes Catholics who call another person a “bad Catholic.” “Don’t be a jerk,” he writes. Father Martin’s advice is flawed because it obscures the truth. It is right to call unrepentant sinners adulterers, liars, thieves or bad Catholics—if the shoe fits. Modern culture is rapidly undermining the morality established by our creator with a combination of silence and deceptive language that is removing the stigma of sin.

In “Aging With Ignatius” (3/28), Barbara A. Lee expressed in a rich way how Ignatian Volunteers find that the tenets of Ignatian spirituality combined with their service to people in need are a powerful transformational experience. Many volunteers find this to be a uniquely powerful experience of what it really means to love and to live with Christ. They grow personally and spiritually, see their impact on people struggling to overcome poverty and witness the healing effect of their service. Ms. Lee is a wonderful witness to us of selfless service. Anyone interested in learning more about the Ignatian Volunteer Corps can visit www.ivcusa.org.

Mary McGinnity
Washington, D.C.
The writer is the executive director of the Ignatian Volunteer Corps.

In “A Sacred Calling” (3/28), Steven P. Millies describes “the healthy secularism we enjoy in the United States” as an “important strand in our political tradition.” I think that a “sturdy division between spiritual and temporal realms” would, in many areas of daily life, be hard to identify today. I first noticed this right after World War II when the Catholic university that I attended started to grow and develop with astonishing rapidity thanks to the influx of veterans using the G.I. Bill. The transactional relationship between the school and the government was very nearly that of a contracting entity and a contractor supplying goods and services.

Likewise, Catholic hospitals and other health and social service providers essentially became government contractors paid through Medicare, Medicaid and a variety of state and federal social service programs. These and many similar relationships continue.