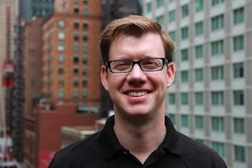 When Pete Seeger died on Jan. 27 at the age of 94, there were some minor skirmishes about his political affiliations, but there was little dispute about his character. Here was a faithful husband, a good father and grandfather, a loyal neighbor who could care less about the trappings of fame. He and his wife, Toshi, were married for almost 70 years, and he lived in a modest home in Beacon, N.Y., for nearly as long.

A different kind of folk singer emerged this fall with the release of “Inside Llewyn Davis,” a film by Joel and Ethan Coen. Supposedly based on the Greenwich Village picker Dave Van Ronk, Llewyn Davis is a struggling musician trying to make a living playing in coffee shops in New York City in the early 1960s. He has recently released his first solo album, though it is not selling well. His fans seem to prefer his earlier work, made with a onetime partner, but that relationship is over for reasons that eventually become clear.

Davis is a talented singer. He is not, however, a good human being. He sleeps with his friend’s wife and pays for her abortion when she becomes pregnant. Another former girlfriend is raising his child alone. He treats most of the people he meets with hostility, including his most devoted fans. He seems to care only about a marmalade cat. Llewyn Davis is no Pete Seeger. The only thing that redeems him in the eyes of the audience is his music. When he sings, his clear tenor voice momentarily wipes away memories of his boorish behavior.

Seeger does not appear in “Inside Llewyn Davis,” but another, unnamed folk musician does. At the end of a set at the Gaslight Café, Llewyn is summoned outside to meet a mysterious stranger while a gravelly voiced singer takes the stage. The film does not say who the singer is, but you don’t have to be from Hibbing, Minn., to figure it out. The shadow of Bob Dylan looms over “Inside Llewyn Davis” from the very beginning. And not only because he is the most famous singer to emerge from the Greenwich Village folk scene. Anyone who has read about Dylan’s early career knows that he shares a common trait with the film’s eponymous hero. Both of them could be, well, jerks.

In Positively Fourth Street, David Hajdu writes about Dylan’s place in the emerging folk milieu and his relationship with the singer Joan Baez. Baez was better known than Dylan in those early days, and she graciously helped launch his career. He returned the favor by dumping her and refusing to play in public with her when he lost his interest in folk music. This was a long time ago, of course, and no artist should necessarily be condemned for sins committed at such an early age. (Dylan has since apologized.) Yet even the most sympathetic fan would concede Dylan is still a prickly character.

I suspect that the Coen brothers had Dylan’s history in mind when writing “Llewyn Davis.” One of the film’s themes, as A. O. Scott of The New York Times pointed out, is how messy human behavior is and yet how sublime our art can be. The Coen brothers clearly enjoy playing against the audience’s expectations. The early folk scene was known for its generous and cooperative spirit. People like Pete Seeger did not care so much who got credit for writing a song, as long as people were singing it.

A Showtime documentary celebrating the music of “Llewyn Davis” captures this good feeling. In the documentary, Marcus Mumford, in remarks between the performances by contemporary musicians, declares with some relief that there were no egos in the room as they were filming. How nice.

And how unusual. “Inside Llewyn Davis” is a blunt reminder that beautiful music does not necessarily come from beautiful people. Even the angelic-voiced Jean Berkey, played by Carey Mulligan, has a wicked tongue. I did not care for Llewyn Davis the person, but I can’t get enough of the “Inside Llewyn Davis” soundtrack. Davis is an imperfect messenger, but then again, who isn’t? It’s the music, the words, that matter.

It should not matter that our favorite singer or writer is a loathsome individual. An artist’s work should be enough if it can nourish us, make us more sensitive and wise. Artists who manage to flourish in both their life and their art are rare indeed. When they come along, it’s important we take notice.

Maurice Timothy Reidy
@mtreidy
Show Comments (
2
)
Comments are automatically closed two weeks after an article's initial publication. See our comments policy for more.
Robert O'Connell
7 years 5 months ago
Naming these musicians so warmly in this article prompts me to put in a word for Huddie William Ledbetter, known better as Lead Belly. This man spent time in too any prisons, but he truly made music.
Tim Reidy
7 years 5 months ago

Thanks for comment, Robert. I gather Lead Belly was a strong influence on Dave Van Ronk.  I'll have to add him to my Spotify playlists.