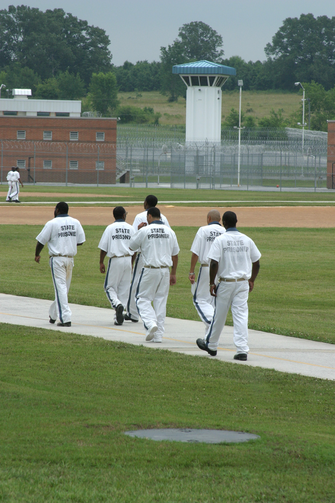 On August 12 Attorney General Eric Holder announced that federal prosecutors will circumvent federal sentencing guidelines for nonviolent, low-level drug offenders with no ties to larger drug-trafficking. The move will spare some individuals from the harshest federal drug-sentencing guidelines that could otherwise keep them looped into the criminal justice system for years and decades, as well as the concomitant cycle of poverty that affects so many convicted of crimes.  And now, the Catholic Campaign for Human Development, the anti-poverty initiative of the US Catholic bishops, is looking at the problem with the hopes of finding possible solutions.

Holder’s statement will affect only federal drug cases, with sentencing guidelines for nonviolent crimes remaining severe in many state jurisdictions. In Iowa, those found guilty of making hashish, a type of drug made from the mashed up roots of cannabis plants, can be sentenced to life in prison. More than half of all arrests in Texas are related to marijuana, with a vast majority of those arrests simply for possession. Penalties include up to 180 days in jail, even for first-time offenders. In Florida, possessing a single pot plant can carry 5 years in prison and a $5,000 fine. Hundreds of thousands of Americans enter the criminal justice system each year, and once there, the slide into poverty is easy and common.

Ralph McCloud, the head of the Catholic Campaign for Human Development (C.C.H.D.), said that sentencing guidelines harm minority communities by creating a disenfranchised class of American citizens that is increasingly unable to integrate back into society. C.C.H.D. carries out the bishops’ anti-poverty vision by funding a variety of nonprofits working on the ground, with grants this year exceeding $9 million. Many of the groups that the C.C.H.D. funds are increasingly looking at sentencing guidelines as they grapple with how to eradicate poverty most efficiently and effectively. They’re asking questions, including, “Are they fair? Are they treating everybody the same? Are they biased against people who don’t have representation, who don’t have counsel? Are they biased against people who are minorities?” McCloud, who previously worked on social justice issues in Texas, explained. He said that many C.C.H.D.-funded organizations report that reforming sentencing guidelines could be the best antidote to lessening poverty.

Dylan Corbett, C.C.H.D.’s mission identity and outreach coordinator, said that the effect of mass incarceration on the poverty cycle can be seen clearly through the sentencing guidelines that accompany minor drug offenses and the growing influence of private prison systems.

Many people are unaware that federal, state, and local governments “outsource” some of their incarceration facilities, and that two companies, the Correctional Corporation of America (C.C.A.) and the GEO Group, with combined revenues of over $3 billion, spend hundreds of thousands of dollars each year lobbying federal, state, and local officials. When CCA and GEO open new facilities, they rely on a steady stream of “clients” to fill the beds. A report earlier this summer in The Nation showed that GEO lobbied Congress to consider an enforcement-first immigration policy, increasing the need for detention facilities to house undocumented individuals as they await hearings or deportation. Border enforcement provisions of one version of the bill call for the construction of an additional 14,000 prison beds, at a $1.6 billion price tag.

Reports of abuse in private prisons has been covered extensively in the media. In Wilkes-Barre, Penn., a judge was sentenced in 2011 to 28 years in prison for taking a $1 million bribe from the builder of private prison and then sentenced juveniles appearing before his court to prison time, filling his benefactors’ coffers as he lined his pockets. Earlier this year, CCA settled a case for $600,000 with inmates of a Colorado prison who were injured by prison staff in a 2004 riot that CCA failed to control despite repeated warnings and pleas for action from inmates.

Corbett believes that the same model animates the prison industry’s approach to the “war on drugs.” Drug-policy, he said, is shaped by “a commercial logic that wants to keep as many people in [prison] beds as possible every night, and so they rely on jurisdictions to increase penalties for [offenders]. They get as many people as they can via the criminalization of drugs and now they’re getting as many as possible via the criminalization of the undocumented. We’re just filling the coffers of these private prisons,” Corbett said.

C.C.H.D. states that its mission is “to address the root causes of poverty in America through promotion and support of community-controlled, self-help organizations and through transformative education.” They execute their goals largely through the funding of nonprofit groups--Catholic, faith-based, and secular--already at work in trying to alleviate poverty. Drug criminalization has “disproportionately impacted minority communities and low-income communities, and that’s why C.C.H.D. [funded] groups have been brought into this, because they’re working on the ground,” Corbett said. “The biggest concerns that our groups have is the fact that you can trace a systematic increase in criminalization itself, that is, there’s been more and more stringent consequences for drug use.” Further, he said, “There isn’t an equivalent investment in public health. There’s a reliance on the criminal justice system. And that disproportionate reliance is having negative effects on low-income communities.”

The problem of mass incarceration includes many different crimes, but is perhaps most evident in how nonviolent drug offenders are prosecuted, often without an eye toward rehabilitation or public health.

Catholic bishops have long advocated for increased spending on public health to address drug addiction. In a 2000 statement called Responsibility, Rehabilitation, and Restoration, the bishops write that “Locking up addicts without proper treatment and then returning them to the streets perpetuates a cycle of behavior that benefits neither the offender nor society” and that “Substance abusers should not have to be behind bars in order to receive treatment for their addictive behavior.” They even offer a novel solution to the current system, the creation of special courts in which “substance abusers are diverted from the traditional criminal courts and gain access to serious treatment programs.”

During a World Youth Day talk earlier this summer, Pope Francis spoke of the need to address the root causes of drug addictions. After meeting with a group of drug addicts, the pope told a crowd that while liberalizing drug laws isn’t the answer, “it is necessary to confront the problems underlying the use of these drugs, by promoting greater justice, educating young people in the values that build up life in society, accompanying those in difficulty and giving them hope for the future.”

Steve O’Neil, the executive director of EPOCA, a Massachusetts-based nonprofit that works on criminal justice reform in that state, described the challenges ex-prisoners face when they’re released. “There are only certain apartments you can get with a criminal record, if you can get one, there are only certain kinds of jobs you can get with a criminal record, so it sort of traps the whole family in that circumstance, sometimes even for the rest of people’s lives,” he said. Further, he explained, prisoners often incur debt while serving their sentences, through court fees, penalties, and interest, increasing the likelihood that deep poverty greets them on their release. “All these things stacked up can lead to a hopeless state of desperation and predictable outcomes,” he said. Today, EPOCA, which receives funds from C.C.H.D., is working with state legislatures, business owners, and former prisoners to convince Massachusetts to spend up to $2 billion that would be needed to build new prisons to cover a projected spike in the prison population on job programs for low-income communities.

Will the Catholic Church lead the charge in advocating for a shift in sentencing guidelines policy? Given that immigration reform, a farm bill, religious liberty concerns, same-sex marriage, and abortion remain priorities, it’s unlikely. But by studying the issue and by calling attention to the harmful sentencing guidelines that keep many in poverty, they appear to be ready to send a message. The price of the status quo includes building more prisons, enriching groups like GEO and C.C.A., and disenfranchising large groups of people. By publicizing sentencing guidelines and the impact of private prison companies, C.C.H.D. and the church are bringing attention to criminal justice structures, that if left unchanged, will perpetuate poverty for millions.

Show Comments (
4
)
Comments are automatically closed two weeks after an article's initial publication. See our comments policy for more.
Mike Evans
7 years 2 months ago
The church is also woefully unable to supply needed chaplains to prisons and county/city jails. As a result, prisoners languish from a lack of pastoral care, advocacy on their behalf, and 'story telling' by chaplains of the real instances of both prisoner abuse and longer term sentencing and parole delays for poverty stricken offenders. In California, over 25% of the state prisoner population has been returned to county jails where there is virtually no chaplaincy at all. This is cruel and unusual punishment to deny prisoners a compassionate and caring person to confide in and find spiritual encouragement.
John Wotherspoon
7 years 2 months ago
As a prison chaplain in Hong Kong, I am most grateful to America for continuing to post prison articles. The situation in US prisons is a scandal. Same USA. Shame. Shame. Has President Obama made any statement about the California prisoners' hunger strike? I can't find anything. Shame President Obama. Shame. Shame. And so sad is the hardening of society's attitude to prisoners. So many comments reflect a "let them rot" mentality. Pope Francis' call for compassion re asylum seekers applies also to prisoners
Craig McKee
7 years 1 month ago
I can't remember who said: "It's cheaper to send 'em to YALE than it is to JAIL," but the point is well taken. Now that American prisons have become a GROWTH INDUSTRY complete with shareholders and profit margins, the objective of the legal system is to keep beds and cells filled. JUSTICE be damned! And with a now AGING prison population, the burden on taxpayers is only going to increase. I seriously doubt if OBAMACARE will provide me with the same quality of medical care given to the average convicted felon...and members of Congress.
Miguel K'nowles
6 years 2 months ago
The US corrections system can not be ignored any longer. I enjoyed studying corrections, and noticed a dark history from the beginning of formal punishment by the state. The sole purpose of "corrections" is to safeguard society from a potential threat of harm and not to torture. We need to address a failing corrections system.