Priests in U.S., Canada can already absolve women who had abortions 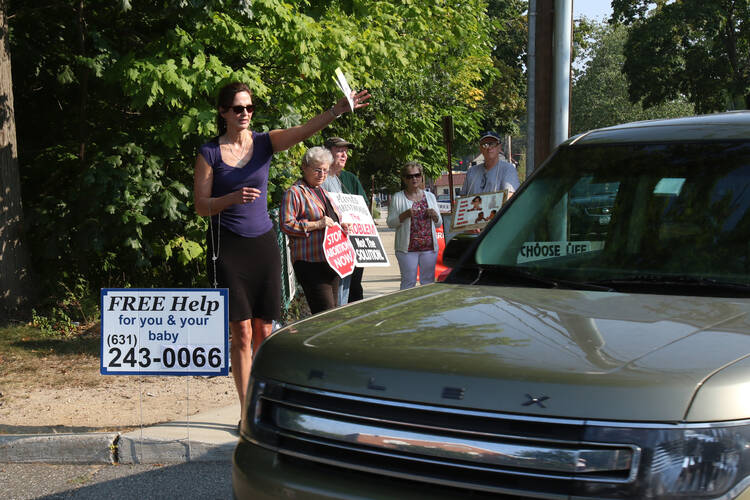 Pope Francis’ Sept. 1 announcement that priests worldwide will be able to absolve women for the sin of abortion will have little effect on pastoral practices in the United States and Canada, where most priests already have such authority in the sacrament of reconciliation.

“It is my understanding that the faculty for the priest to lift the ‘latae sententiae’ excommunication for abortion is almost universally granted in North America,” said Don Clemmer, interim director of media relations for the U.S. Conference of Catholic Bishops.

“Latae sententiae” is a Latin term in canon law that means excommunication for certain crimes, including involvement in abortion, is automatic. Clemmer said it is “the fiat of the local bishop” whether to allow the priests in his diocese to absolve those sins and most bishops granted such permission when giving priests faculties to minister in their local church.

Bishop Edward B. Scharfenberger of Albany, New York, confirmed that in a Sept. 1 statement welcoming what he called the pope’s “wonderful gesture.”

“The priests of the Roman Catholic Diocese of Albany and throughout the United States have...had the faculties to lift the sanction of excommunication for the sin of abortion for more than 30 years,” he said. “Any woman who has had an abortion, any person who has been involved in an abortion in any way, can always seek God’s forgiveness through the sacrament of reconciliation, if they are truly sorry for their actions.”

Several prelates, including Archbishop Charles J. Chaput of Philadelphia, emphasized that Pope Francis’ action “in no way diminishes the moral gravity of abortion.”

“What it does do is make access to sacramental forgiveness easier for anyone who seeks it with a truly penitent heart,” he said.

Cardinal Sean P. O’Malley of Boston, chairman of the U.S. bishops’ Committee on Pro-Life Activities, said his “hope and prayer is that all those carrying the burden of an experience of abortion would turn to the church and her sacraments and experience the Lord’s mercy and love.”

He directed all those involved with an abortion -- “wherever a person might be in their healing journey” -- to look into the resources offered by Project Rachel or a similar post-abortion healing ministry in their dioceses. Contact information for most dioceses is available at www.hopeafterabortion.com (in Spanish at www.esperanzaposaborto.com) or through the national toll-free number, 888-456-HOPE.

Mary E. McClusky, assistant director of Project Rachel ministry development in the USCCB Secretariat of Pro-Life Activities, said it has been frustrating for her to see reports about Pope Francis’ action in the secular media that perpetuate “the false notion that the church excommunicates anyone” who has an abortion.

“They are making it sound like something new,” she said, “but the church has welcomed all sinners since the time of Jesus. ... It is at the heart of what it means to be a priest to extend that forgiveness.”

In addition to the sacrament of reconciliation, the U.S. church offers through Project Rachel “a confidential and safe place for women and men, for anyone who suffers from involvement with abortion, to tell their story, have someone listen and be relieved of all the emotional, spiritual and psychological pain they are experiencing from abortion,” McClusky said.

Project Rachel, which has existed since 1975 and was taken under the umbrella of the bishops’ conference in 2005, provides “opportunities for group healing” through support groups or retreats as well as referrals to licensed mental health professionals if needed, she said. But confession is at its heart, she added.

McClusky said the post-abortion healing programs respond to a need that the bishops have been hearing from people in the pews of their local churches. “A lot of people are in pain and in need of assistance to reconcile with God and come back to the church,” she said.

Catholic commentators and canon lawyers have raised a number of questions about Pope Francis’ action, including whether societal pressures and other extenuating circumstances surrounding an abortion would have kept it from rising to the level of an excommunication for the woman in most cases anyway. But further clarification from the Vatican would be needed to resolve that question.

Others, such as Catholic moral theologian Charles Camosy, noted that the pope’s words about abortion and forgiveness bore a striking resemblance to the words of Pope St. John Paul II in his 1995 encyclical, “Evangelium Vitae.”

Addressing women who have had abortions, Pope John Paul wrote, “If you have not already done so, give yourselves over with humility and trust to repentance. The Father of mercies is ready to give you his forgiveness and his peace in the sacrament of reconciliation.”

New teaching or not, Albany’s Bishop Scharfenberger expressed hope that women will take advantage of this opportunity.

“The real news is that there is no need to wait,” he said. “God is ready to forgive and heal now!”