A Pope Comfortable in Green Implores 'Protection' of Creation 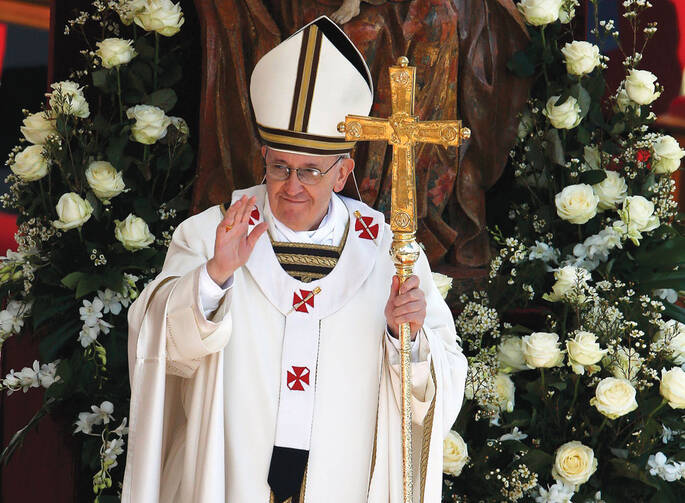 Catholic greens had reason to sound exclamations of joy during the inaugural papal Mass on March 19. Starting with the announcement of the new pope’s name, Francis, there was speculation about whether Pope Francis would show the same sensitivity for nature as the saint who according to legend preached to the birds, loved the wild places and tamed the wolf of Gubbio.

In his homily honoring St. Joseph, the patron of the universal church, for his care of the holy family, the new pope meditated on Joseph’s role as protector, using the Latin word custos (“guardian” or “warden”). It is the term, incidentally, that Franciscans apply to their religious superiors. Four times in the homily he cited protection for creation as one of the virtues expected of today’s church.

“Let us,” he urged, “protect Christ in our lives, so that we can protect others, protect creation.” That means, he explained in his simple way, “protecting all creation, the beauty of the created world, as the Book of Genesis tells us and as St. Francis of Assisi showed us. It means respecting each of God’s creatures and respecting the environment in which we live.”

Pope Francis continued to describe in detail a Christian ethic of care: “It means protecting people, showing loving concern for each and every person, especially children, the elderly, those in need, who are often the last we think about. It means caring for one another in our families: husbands and wives first protect one another, and then, as parents, they care for their children, and children themselves, in time, protect their parents. It means building sincere friendships in which we protect one another in trust, respect, and goodness. In the end, everything has been entrusted to our protection, and all of us are responsible for it. Be protectors of God’s gifts!”

He made a special plea to world leaders to join him in this ethic. “Please, I would like to ask all those with positions of responsibility in economic, political and social life, and all men and women of good will: Let us be protectors of God’s creation, protectors of God’s plan inscribed in nature, protectors of one another and of the environment.”

While he warned against “‘Herods who plot death, wreak havoc and mar” humanity’s “countenance,” his message was a positive one, calling for goodness and tenderness in the treatment of the others and the world. Addressing the hard-heartedness many presume to be necessary for survival in this world, he declared, “We must not be afraid of goodness, nor even of tenderness!”

In concluding his homily, the pope spoke of the role of the bishop of Rome as a protector. “To protect Jesus with Mary, to protect the whole of creation, to protect each person, especially the poorest, to protect ourselves: this is a service that the bishop of Rome is called to carry out, yet one to which all of us are called, so that the star of hope will shine brightly. Let us protect with love all that God has given us!”

On this day of the formal inauguration of his Petrine ministry, Pope Francis left no doubt that he believes, like his predecessors, Pope John Paul II and Pope Benedict XVI, that protection of creation is at the heart of the church’s work in the modern world.