Skip to main content
Of Many Things
December 1, 2014 issue 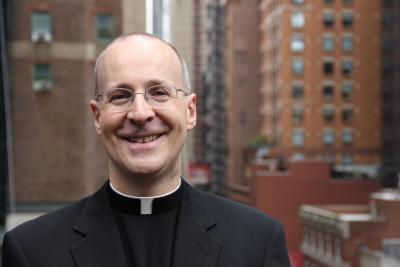 What do you get when you take a handful to a dozen of the most energetic and inspired students from almost every Jesuit high school or college in the country and bring them together for one weekend? You get the “Ignatian Family Teach-In for Justice,” an annual event held this year from Nov. 15 to 17 in the Washington, D.C., area. If you could bottle the energy from that weekend, and give it in small doses to apathetic Catholics across the country, it would feel like Pentecost every day in the United States.

The Teach-In is an outgrowth of a gathering that had been associated with the School of the Americas Watch, itself a response to outrage over the death of six Jesuits and their companions martyred in El Salvador on Nov. 16, 1989. Nineteen of the 26 soldiers implicated in the murders were trained at the U.S. Army’s School of the Americas at Fort Benning, Ga. By the mid-1990s, Jesuit high schools and colleges were sending students to participate in the S.O.A. Watch on a weekend in November near that date. From 1998 to 2009, a Teach-In was held to educate students in Catholic social teaching. Finally, in 2010, the Teach-In relocated to Washington, D.C., so students could engage in advocacy with legislators on Capitol Hill.

There were many things to inspire a Jesuit priest this year. Among them galvanizing speakers like Ismael Moreno Coto, S.J., a Honduran Jesuit who spoke to the students in Spanish, with the help of a student translator. Padre Melo, as he is known, a human-rights activist in Honduras, directs Radio Progreso, a radio station committed to social change, which was shut down by the military around the time of the June 2009 coup, and has been occupied several times since.

In his deep, resonant Spanish, Padre Melo addressed the 1,600 students gathered in a hotel ballroom on the very day of the 25th anniversary of the martyrdoms, saying, “The memory of the martyrs is a thorn in our conscience!”

It was a powerful moment for many in the immense room, and I saw several people wipe away tears. I was one of them. The martyrdom of the Jesuits and their companions occurred when I was a second-year Jesuit novice, and it affected me profoundly. Father Melo’s words brought me back to that day in 1989 and helped me to renew my commitment to social justice.

But something else moved me just as deeply: the students. It’s hard to describe how exciting it is to meet hundreds of students alive with the love of Christ and inspired by Ignatian spirituality. Because I was a speaker, I had the privilege of having many students coming up to me in the hallways after my talks to speak to me. And I was inspired by their infectious joy, their delightful enthusiasm, their terrific sense of humor and their boundless curiosity. Simply that so many had traveled so far was a sign of their faith.

Despite some sleep deprivation, all the students were energetic. All were interested in meeting students from other schools—and swapping school T-shirts. And all were passionate about social justice. Too often in past decades social justice has been termed a “1980s question.” But the call to care for the poor, as well as to address the structures that keep them poor, is something that each of these young men and young women travelled many, many miles to hear. This year, according to Chris Kerr, the executive director of the Ignatian Solidarity Network, which runs the weekend, over 90 institutions were represented—including some schools not in the Jesuit family—in the United States, Canada, Mexico and El Salvador.

Worried about the church? Then next year come to the Ignatian Family Teach-In for Justice. And get a taste of the Spirit.

Show Comments (
2
)
Comments are automatically closed two weeks after an article's initial publication. See our comments policy for more.
Thomas Farrelly
5 years 4 months ago
Specifically, what were they taught?
Ignatian Solidarity Network
5 years 4 months ago
Thomas - Good question, you can learn a little bit more about the Teach-In at: http://ignatiansolidarity.net/blog/2014/11/19/legacy-of-jesuit-martyrs-companions-inspires-crowd-of-over-1600-at-ignatian-family-teach-in-for-justice/. Feel free to e-mail us at info@ignatiansolidarity.net if you would like more information. Peace, Ignatian Solidarity Network staff
Advertisement

This article also appeared in print, under the headline “Of Many Things,” in the December 1, 2014, issue.